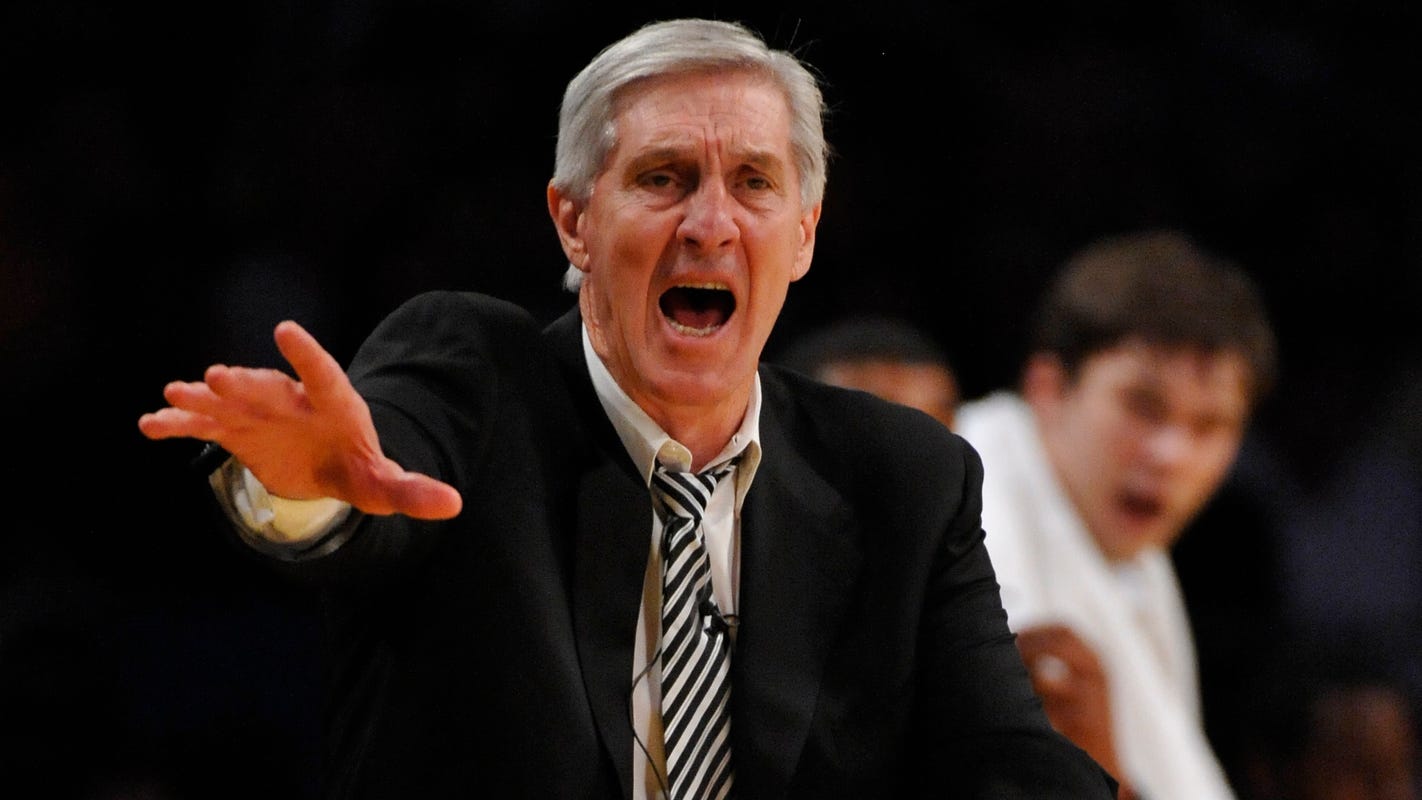 
Jerry Sloan, the Hall of Fame basketball coach who spent a majority of his coaching career with the Utah Jazz and was a former NBA player with the Chicago Bulls, died on Friday. He was 78 years old.

Sloan announced in 2016 that he had been diagnosed with Parkinson’s disease and Lewy body dementia, a terrible combination of neurological disorders.

Sloan said he decided to go public with the diagnosis because the symptoms were noticeable. He also told the Salt Lake Tribune he didn’t “want people feeling sorry for me.”

Sloan was one of the greatest coaches in NBA history and is No. 4 on the all-time winningest coaches list with 1,221 victories. Among coaches with at least 500 games coached, he is ninth with a .603 winning percentage.

He spent 23 seasons with Utah, and Sloan and San Antonio’s Gregg Popovich are the only coaches in NBA history to win 1,000 games with one team. In his 26 seasons – three with the Bulls – he had just three losing seasons and just one losing season in his two-plus decades with Utah.

Late in the 2010-11 season, citing lack of energy, Sloan resigned even though Jazz ownership and the front office tried to persuade him to finish the season.

Sloan guided the Jazz to consecutive playoff appearances and 13 seasons with at least 50 victories, including 64 victories in 1996-97 and 62 victories in 1997-98. Coached by Sloan and led on the court by Karl Malone and John Stockton, the Jazz won the Western Conference title both of those seasons but lost to Chicago and Michael Jordan in the NBA Finals each time.

Sloan was inducted into the Hall of Fame in 2009.

“Being inducted into the Naismith Basketball Hall of Fame is an achievement unsurpassed in my career,” Sloan said at his induction ceremony. “From my beginning in McLeansboro (Illinois), the game of basketball has introduced me to opportunities and life experiences I never dreamed. I was a youngster – the youngest of 10 children – raised by my mother on a farm which was located 16 miles from the nearest town.

“My father passed away when I was 4 years old and older brothers and sisters had to help take care of our family. They could not play basketball because they had to work. Fortunately for me, my family was instrumental in my decision to play and their support was unwavering.”

Born in McLeansboro in 1942, Sloan attended the first six years of elementary school in a one-room school and sometimes had to walk or hitchhike to high school basketball practice.

Sloan became an all-state player in high school and played college basketball at Evansville. The Baltimore Bullets drafted Sloan in 1965 with the No. 4 overall pick and traded him to Chicago the following season. With the Bulls, Sloan was a shooting guard-small forward with a knack for defense. He averaged 14 points and 7.4 rebounds in his 11-year career, was a two-time All-Star and named all-first team defense four times.

After he retired in 1976, Sloan took the head coaching job at his alma mater but withdrew from the position five days later. That season, the Evansville basketball team and coaching staff died in a plane crash.

Stockton was in his fifth season and Malone in his fourth. Under Sloan, Stockton and Malone turned the Jazz into an annual playoff team.

“He demanded a lot. He expected a lot. He held everybody accountable,” Malone told reporters in 2014. “I grew up the old-school way with my grandma and my mom. You hold that person accountable. You tell that person when they’re screwing up and you tell the person what he needs to do. That’s how Coach was with me. Right off the bat, I knew I was dealing with a real person.”

Sloan, who often ate his pre-game dinner in the media dining room alongside reporters, loved defense, but he had two offensive weapons in Stockton and Malone. They became a formidable 1-2 punch and perfected the pick-and-roll. Malone is the NBA’s second all-time leading scorer, and Stockton is No. 1 in all-time assists – with 3,715 more than Jason Kidd at No. 2.

“He was a genius,” Stockton told reporters. “You had to motivate guys without burying them. You had to credit them without egos running amok.”

Sloan was a no-nonsense coach who never strayed far from his Midwestern farmer’s values of hard work, dedication and loyalty. Away from the game, Sloan loved to wear John Deere hats and collected antique tractors, furniture, old cash registers and pottery.

“What you see is what you get,” Malone said. “That guy never changed in all these years with me. … He never demanded respect. He earned it by who he was as a person and the way he treated you as a player.”

“Few people have epitomized all the positives of team sports more than Jerry Sloan,” the statement read. “A basketball lifer, Jerry was as relentless in his will to win on the sidelines for the Utah Jazz as he was as an All-Star guard for the Chicago Bulls. In over two decades as a coach, he taught his players that nothing was more important than the team. His most impressive qualities were his leadership and his extraordinary ability to encourage his players to subjugate their individual games for the benefit of the whole.”