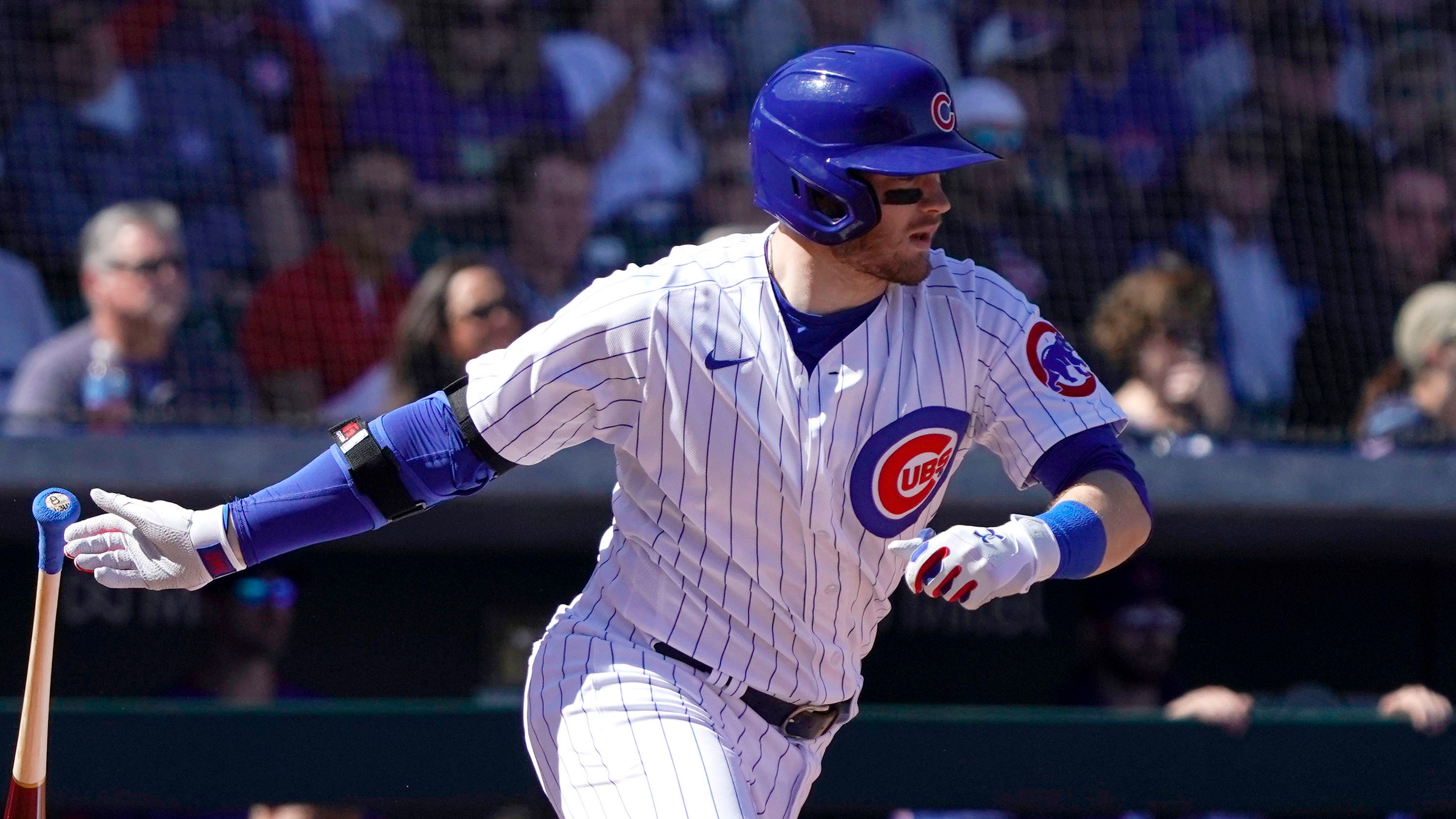 SportsPulse: Mackenzie Salmon spoke with former NBPA executive director Charles Grantham about the potential hurdles that could face MLB and its players as they try to stage a return to action.

Sure, some sports are back. But “sports” as we know them are largely still on pause due to the coronavirus pandemic. Today is Day 72 without sports ⚾️.

Although many details have yet to be ironed out, there’s growing optimism we’ll have Major League Baseball back at some point this summer.

Assuming the players and owners can reach a compromise off the field, one of the most likely changes on the field for this season is the use of the designated hitter in every game. There’s simply no reason for any pitcher to set foot in a batter’s box in 2020.

An extra hitter in every National League team’s lineup can potentially ease some playing-time crunches — and open the door to breakout performances.

Cubs outfielder Ian Happ hit 24 home runs as a rookie in 2017, but spent most of the 2019 season in the minor leagues. (Photo: Rick Scuteri, USA TODAY Sports)

Here are eight post-hype NL sleepers, all 26 or younger, who are poised to take their games to the next level in an abbreviated season.

OF Ian Happ, Chicago Cubs. Happ hit 24 homers in 2017, but his power dropped off the following season and he spent most of last year at Class AAA. A switch-hitter with a bit more pop from the right side, Happ, 25, showed signs of a rebound when he returned to Chicago with an outstanding .300 isolated slugging percentage in 140 at-bats.

SS Carter Kieboom, Washington Nationals. The defensive struggles he had while replacing injured shortstop Trea Turner during last year’s two-week cameo almost certainly impacted Kieboom on offense. But the 2016 first-rounder has always been able to hit. With Turner healthy, Kieboom, 22, will get his chance playing third base.

3B/OF Scott Kingery, Philadelphia Phillies. Big things were expected when Kingery signed a long-term contract two years ago – before he’d ever played a game in the majors. Although his 2019 counting stats were decent (19 home runs, 15 stolen bases), there’s still plenty of room for growth in his age-26 season.

OF Tyler O’Neill, St. Louis Cardinals. His stat sheet is dominated by home runs and strikeouts … and last year, injuries also figured prominently. But O’Neill, 24, has plenty of untapped potential. He has elite sprint speed – at 29.9 feet/second, he surprisingly ranked 10th (out of 568 players) in the majors last year – so an improvement in contact rate and an extra lineup slot could help elevate his profile significantly.

OF Austin Riley, Atlanta Braves. Riley, 23, hit nine home runs in his first 18 games after being promoted, but his star quickly faded when pitchers stopped challenging him. He hit nine more homers over his last 62 games and struck out nearly 38% of the time. Off to a strong start at the plate this spring, Riley has several avenues to playing time at third base, outfield or DH.

2B Brendan Rodgers, Colorado Rockies. The No. 3 overall pick in the 2015 draft, Rodgers also saw his season cut short by shoulder surgery. Throughout the minors, he had a tendency to struggle initially at a new level before ultimately succeeding. The pattern repeated as he hit .224/.272/.250 in 81 plate appearances after making his MLB debut as a 22-year-old last May. That experience should make him more prepared, while the DH should offer additional avenues to playing time.

OF Josh Rojas, Arizona Diamondbacks. One of four players the D’backs received in the Zack Greinke trade, Rojas, 25, hit a sizzling .332/.418/1.023 in the minors, but struggled after making his MLB debut last August. He played all four infield positions in the minors, but was almost exclusively an outfielder in Arizona. Rojas should see action all over the diamond as extra playing time opens up.

OF Nick Senzel, Cincinnati Reds. The No. 2 overall pick in the 2016 draft, Senzel had a disappointing MLB debut, hitting .256/.315/.427 and suffering a season-ending shoulder injury in September. This season’s delayed start should have him close to 100% recovered from surgery — and a DH spot will keep his bat in the lineup without taxing him too much on defense. Senzel, 24, has the hit tool and the speed to be an impact player – as long as he’s healthy enough to play every day.

Since we’re talking about designated hitters, here’s a trivia question: Who was the first DH to bat in a regular-season game for a National League team?

MLB began interleague play during the 1997 season and the first official NL DH was Glenallen Hill of the San Francisco Giants on June 12. But any mention of the name Glenallen Hill has to include the time he hit one of the longest home runs in the history of Wrigley Field.

May 22 in sports history

1963: Speaking of long home runs, Mickey Mantle hit perhaps his most famous one 57 years ago today — a walk-off blast that hit the facade at the very top of Yankee Stadium.

1991: NFL owners vote to add two teams to the league starting in 1995. Those teams turn out to be the Carolina Panthers and Jacksonville Jaguars.

2003: Annika Sorenstam becomes the first woman to play in a PGA Tour event in 58 years at Colonial Country Club in Fort Worth, Texas.

Best bets to watch on Friday

Also, NBC Sports Network features two of the most iconic games in World Series history in its “From the Vault” series. Game 1 of the 1988 Fall Classic between the Oakland A’s and Los Angeles Dodgers at 7 p.m. ET, then Game 6 of the 1986 World Series between the Boston Red Sox and New York Mets at 9:30 p.m. ET.

Baseball (live): The KBO’s KT Wiz and LG Twins will square off from the Jamsil Baseball Stadium in Seoul, South Korea, at 5:25 a.m. ET on ESPN2.