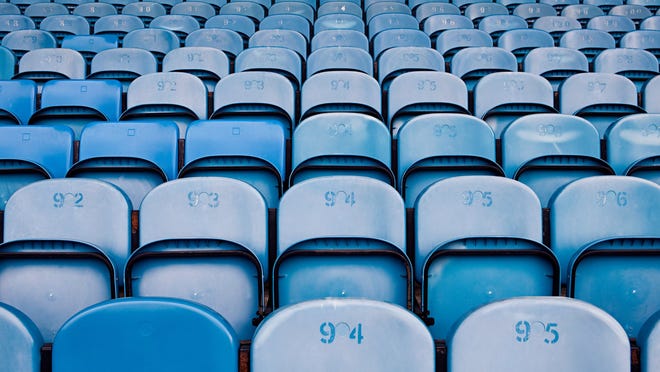 This one, however, is a little bit out of the ordinary.

The new coach at Iona made a wager with his son Richard Pitino on the outcome of tonight’s WWE title bout between Brock Lesnar and Drew McIntyre. At stake is the site of a future game between the elder Pitino’s Gaels and the Minnesota Golden Gophers, coached by his son.

Pitino originally said that if Lesnar wins, Minnesota would have to come to Iona. However, Richard noted in their Twitter exchange that Lesnar is a Minnesota alum.

As of Sunday afternoon, neither Pitino has tweeted to confirm the terms of their agreement.

Lesnar won an NCAA wrestling title in 2000 for Minnesota, taking the final match in double overtime.

The Lesnar-McIntyre bout is one of the highlights of WrestleMania Night 2, which was supposed to be held at Raymond James Stadium in Tampa, but was moved to WWE’s Orlando studios because of the coronavirus outbreak.