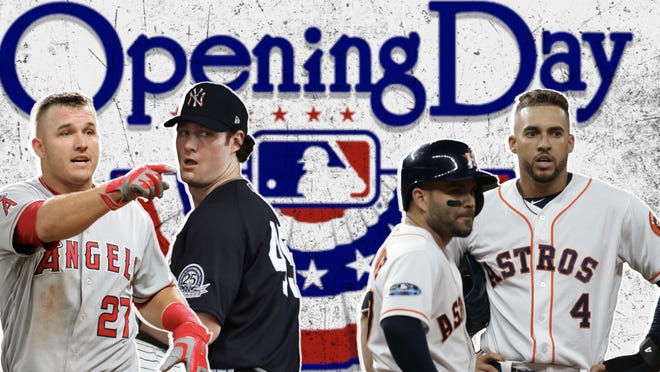 
In many respects, opening day 2020 was like any other — with pitchers’ duels, late-inning heroics and surprising heroes scattered throughout the 15-game schedule.

Except for one major difference. The games didn’t take place in major league ballparks across the country. They took place in a parallel online universe.

While the real game is on hold, simulation game maker Strat-O-Matic is playing out the entire 2020 MLB season, using its Baseball Daily engine, with each day’s results revealed at 2 p.m. ET.

In this version of opening day, the Washington Nationals began defense of their World Series title with a 4-3 win over the New York Mets. Just as he did to propel the Nationals to victory in Game 7 of the Fall Classic, Howie Kendrick came through with a go-ahead home run to propel the Nats to victory.

— The Baltimore Orioles spoiled Gerrit Cole’s debut with the New York Yankees, scoring twice in the seventh off reliever Adam Ottavino in a 3-2 stunner.

— The Boston Red Sox got a ninth-inning go-ahead home run from Rafael Devers in a 3-2 win over the Toronto Blue Jays.

— Brock Holt made a great first impression with his new team, the Milwaukee Brewers, by hitting a three-run walk-off home run in the bottom of the 11th inning to beat the Chicago Cubs 7-4.

— Corey Kluber tossed seven shutout innings and struck out 10 in his first game as a Texas Ranger in a 10-0 rout of the Seattle Mariners.

— Mookie Betts went hitless in his first game with the Los Angeles Dodgers, but his teammates picked him up in a 10-3 rout of the San Francisco Giants.