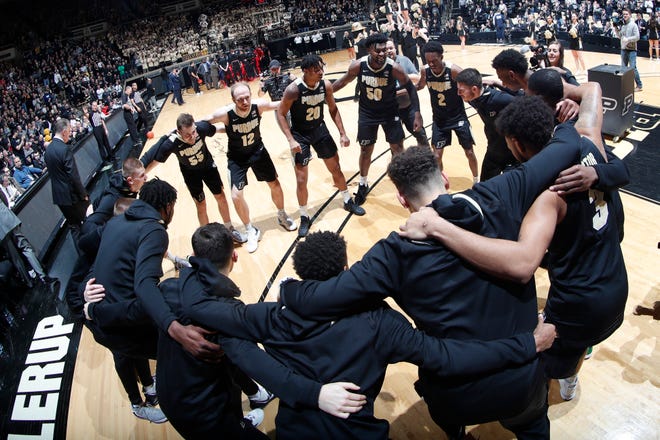 Conference championship week has arrived and the clock is ticking for NCAA tournament bubble teams that are sweating it out until Selection Sunday.

But there are more potential bid thieves on the horizon. Here’s a look at the seven biggest this year:

NEXT CHANCE:Conference tournaments offer opportunities to all teams in every leagues

Purdue. A run to the Big Ten championship game could push the Boilermakers (16-15) into the field as an at-large bid. There’s reason to believe this team could pull it off in a parity-filled Big Ten that favored teams winning at home. In January, the Boilermakers beat the Big Ten’s No. 1 seed, Wisconsin, by 19 points and No. 2 seed Michigan State by 29 points. Coach Matt Painter’s team uses its defense to generate offense, and that will be the No. 1 priority on a neutral court in Indianapolis.

Clemson. The Tigers (15-15) have lost too much to remain on the bubble with at-large bid consideration, but they’ve shown they can beat the best teams in the ACC, owning wins over three of the league’s top seeds — No. 1-seeded Florida State, No. 3-seeded Louisville and No. 4-seeded Duke.

Syracuse. The Orange (17-14) are too far out of bubble contention, but coach Jim Boeheim’s teams are known for turning it up a notch late in the season (most notably reaching the Final Four as a bubble team in 2016). This group has struggled to show consistency in the ACC but has shown flashes of solid play. Elijah Hughes (18.8 ppg, 3.5 apg) has takeover ability and the coach’s son, Buddy, can fill it up from three.

UConn. Coach Dan Hurley’s team has won five consecutive games and has the most momentum in the American Athletic Conference entering the AAC tournament. The league’s top four teams — Cincinnati, Houston, Tulsa and Wichita State — have all hovered on the bubble at some point — so there’s not any huge giant to take down. The Huskies (19-12) earned a No. 5 seed in the AAC and are a prime example of a team peaking at the right time.

Saint Louis. The Billikens (23-8) were the one team that came close to beating Dayton in the Atlantic 10 regular season, falling on a buzzer-beater in overtime Jan. 17, and losing by six on the road Feb. 8.The Atlantic 10 tourney will go through Dayton, and the Billikens could meet the Flyers in the semifinals.

Texas A&M. The SEC is loaded with bubble teams in Florida, Mississippi State and Arkansas. The Aggies (16-14) have the makings to play spoiler in the SEC tourney. They upset Auburn on the road in a huge comeback March 4 to keep the Tigers from going unbeaten at home. They also own wins over Mississippi State, Alabama and Tennessee in league play. A rematch against Auburn could come in the quarterfinals.

Georgetown. The Hoyas (15-16) have no chance of getting to the NCAAs unless they win the Big East tournament. But there’s a decent chance coach Patrick Ewing’s group, seeded eighth, puts things together for four consecutive wins. Injuries have completely derailed this team’s season, with the team’s top two scorers — Omer Yurtseven and Mac McClung — being kept out in recent games. Their status is uncertain for a first-round opener vs. St. John’s. Georgetown lost to No. 2-seed Villanova in the regular season finale by one point.