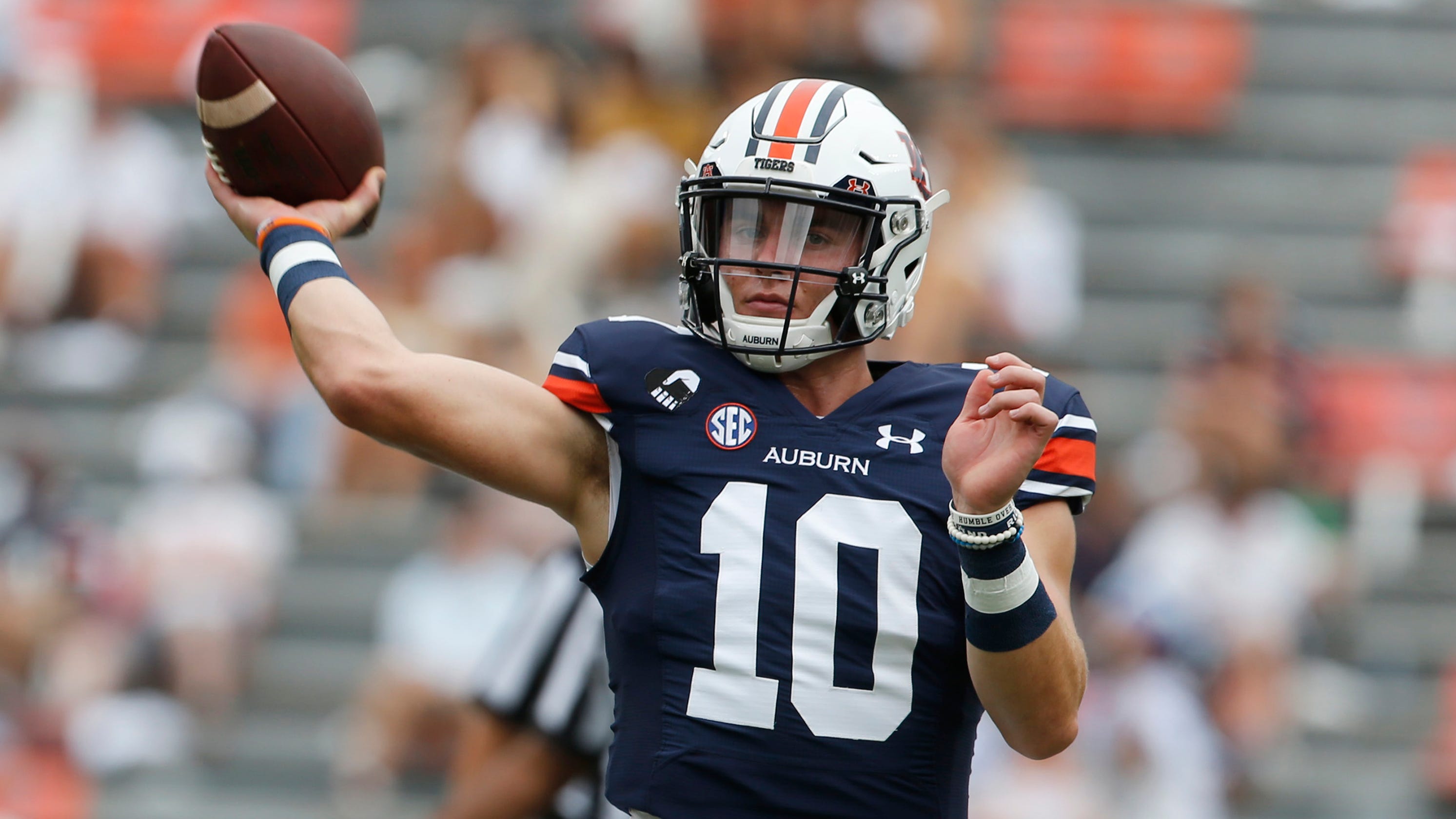 LSU’s defense is abysmal. Florida’s defense is only slightly better. Texas A&M is back on track. Alabama and Georgia are on a collision course.

Georgia’s win against Tennessee and Florida’s loss at Texas A&M create some separation in the East division.

With LSU in the dumps and Auburn’s offense sputtering, Alabama is the obvious favorite to win the West.

The story from Week 6 in the SEC? That Alabama and Georgia are the teams to beat. Don’t look so surprised.

And with the weekend in the books, it’s time to start thinking about next Saturday: Georgia at Alabama in one of the biggest games of the regular season in the Bowl Subdivision.

After three games, here’s an updated look at the conference power rankings.

OK, so the offense is very good. Any question marks that surrounded Alabama’s quarterback position are no longer valid: Mac Jones is a true Heisman Trophy contender. But the defense is very spotty. After giving up 450 yards last week to Texas A&M, the Tide gave up 647 yards of total offense to Ole Miss in a 63-48 win.

Georgia isn’t fancy. On offense, it’s about dominating the line of scrimmage, running effectively on early downs and keeping quarterback Stetson Bennett upright. Defensively, the Bulldogs want to clog up lanes and pressure the quarterback. The second half of the 44-21 win against Tennessee saw this methodical style work to full effect as Georgia pulled away to remain unbeaten heading into the Alabama game.

The Jimbo Fisher era gets a jumpstart after a 41-38 win against Florida. Most impressively, A&M was able to charge back into the lead after UF moved ahead 28-17 and seemed close to pulling away. After getting blown out by Alabama, the Aggies are able to right the ship and move back into contention for one of the top spots in the SEC. The win also saw senior quarterback Kellen Mond have one of his best games in tossing three touchdowns without an interception.

The Gators’ loss to A&M raises serious questions about the play of a defense that struggled through wins against South Carolina and Ole Miss but was overshadowed by the play of Dan Mullen’s offense. This offense is still really good: UF didn’t lose because Kyle Trask and others failed to deliver. The defense is a major concern and will remain so until proven otherwise, denting the Gators’ reputation as a major contender for the playoff.

No one will want to play Ole Miss. Even mighty Alabama had zero answers defensively for Lane Kiffin’s electric offense, which basically did whatever it wanted — passing and especially running — and exposed the Tide’s inability to get stops against an up-tempo and balanced scheme. Even in a loss, the Rebels showed why they’re on the verge of building something impressive under Kiffin.

Auburn had to sweat out a 30-28 win against Arkansas, which is quickly becoming a pest after coming into the season having lost 19 straight in SEC play. The Tigers have to address the play of this offense and the lack of production from sophomore quarterback Bo Nix heading into road games against South Carolina and Ole Miss.

Arkansas continues to outplay expectations. While losing to Auburn is disappointing, the Razorbacks are clearly much better than predicted during the preseason — when some projections called for a winless season — and capable of making things difficult even for teams in the top half of the SEC. After several awful seasons, this progress under first-year coach Sam Pittman is huge for the program.

The Volunteers had opportunities early and momentum heading into halftime after stopping Georgia from scoring in the final seconds of the second quarter. The way the Bulldogs dominated the second half shows the steps UT still needs to take before joining the SEC’s upper crust.

Shutting down Mississippi State’s passing game helped Kentucky pull down its first SEC win after opening with tough losses to Auburn and Ole Miss. With Tennessee and Georgia coming up, a loss would’ve sent the Wildcats’ season spiraling.

That wild win against LSU to open the season is a distant memory. The Bulldogs managed just 275 passing yards on 70 attempts against Kentucky for the second straight poor showing from Mike Leach’s Air Raid system. Could it be that LSU is just that bad defensively? Yeah, that seems very likely.

Missouri upset LSU 45-41 to notch the program’s first win under new coach Eli Drinkwitz. In addition to the win, Missouri might’ve found a promising young quarterback in freshman Connor Bazelak, who threw for 406 yards and four touchdowns while completing 29 of his 34 attempts.

Vanderbilt was a welcome sight after opening against Tennessee and Florida. The Gamecocks’ 41-7 win marked the program’s largest margin of victory against a Bowl Subdivision opponent under coach Will Muschamp.

LSU has sandwiched a win against Vanderbilt with two horrible defensive performances in losses to Mississippi State and Missouri. The scary part: LSU has yet to face any of the teams picked to actually contend for the conference championship. So it might get worse. Is that even possible?

Here’s the clear-cut choice for last place in the SEC after the ugly loss to South Carolina. While Arkansas has been surprisingly energetic under Pittman, the Commodores have been just as bad as predicted — in other words, pretty awful.