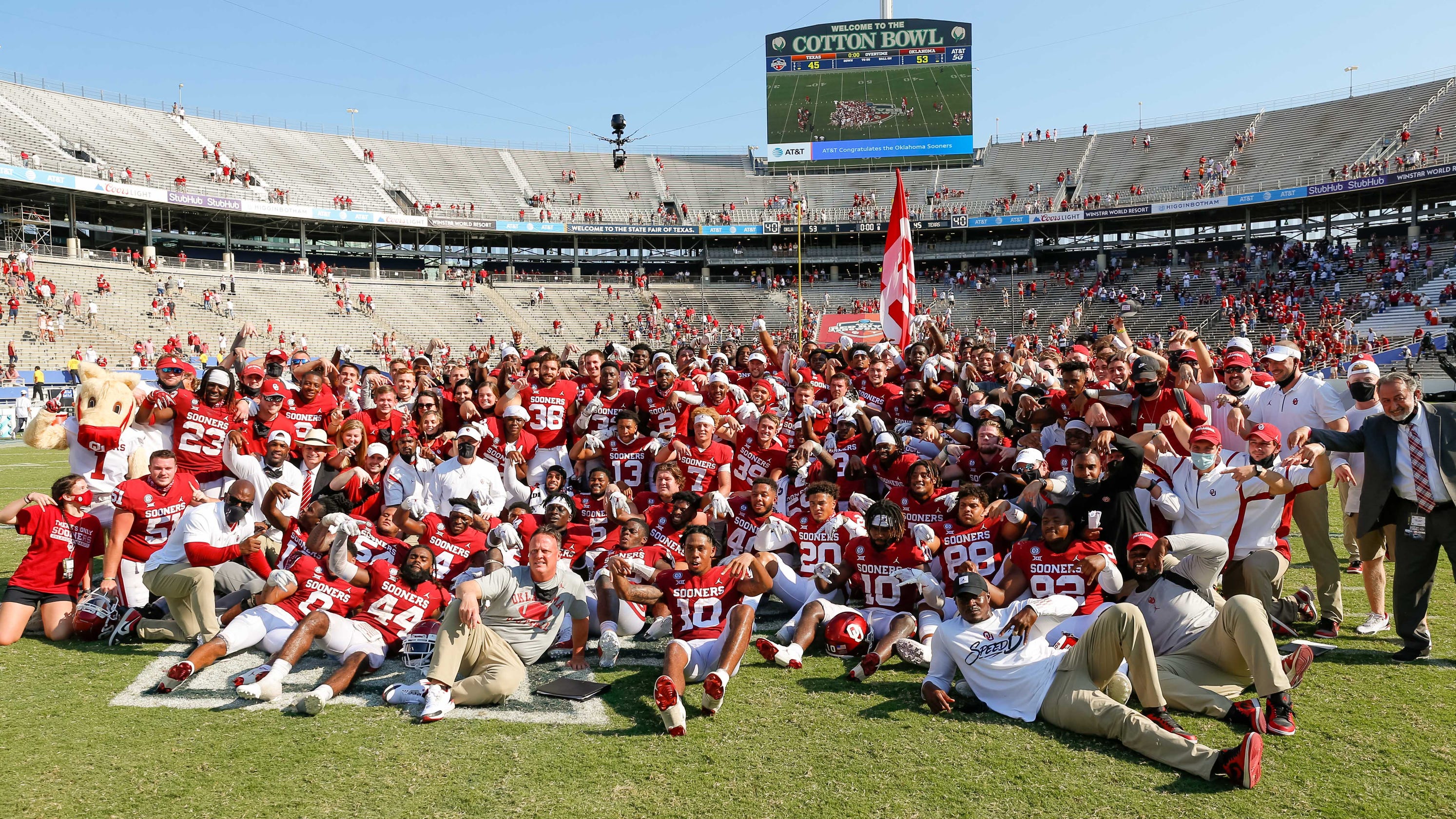 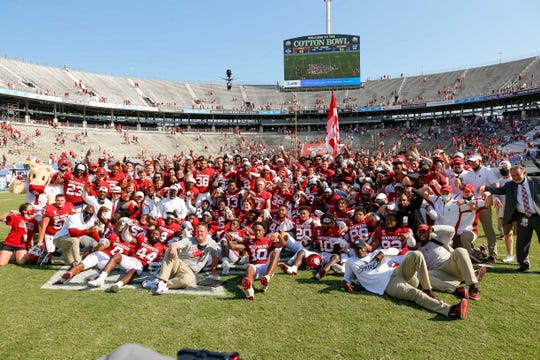 There were turnovers. There were penalties. There was another defensive meltdown in the second half. Its heralded freshman quarterback was benched.

Yet, the day ended for Oklahoma with a 53-45 defeat of rival Texas in four overtimes.

The longest game in this storied rivalry never seemed to be going beyond 60 minutes. Oklahoma was dominating the second half and on the verge of ending a two-game losing streak with a 31-17 lead late in the fourth quarter.

Like the same script from losses to Kansas State and Iowa State, Oklahoma’s maligned defense played well for most of the game and then withered late.

The game-tying touchdown – a 2-yard pass to Keaontay Ingram – came with 14 seconds left. The drama was just beginning, though.

The teams traded touchdowns in the first two overtimes. Oklahoma appeared set to win the game when it blocked a Michael Dicker field goal in the third extra period. However, Gabe Brkic, who had missed only one kick – a 54-yarder last week – in his two seasons, shanked a 31-yarder to win the game.

Oklahoma didn’t stay down. Spencer Rattler, who was pulled after two turnovers in the first half, quickly hit Drake Stoops for a touchdown and Theo Wease for a two-point conversion. Given the opportunity to respond, Ehlinger was intercepted in the end zone by Tre Brown to end the game.

It was the third turnover of the day for a defense that had only created two in its first three games.

Ehlinger finished 30-of-53 for 287 yards with two touchdowns and two interceptions. He also ran for 112 yards and four touchdowns, but feel to 1-4 in games he has started against Oklahoma.

Rattler was 23-of-35 for 209 yards and three touchdowns and one interception. T.J. Pledger had 131 yards on 22 carries as the Sooners gained 208 yards rushing.

This was just the second overtime game in the 116 editions of the rivalry. Oklahoma beat Texas in 1996 in one overtime.

Another meeting this season is unlikely with both teams 1-2 in the Big 12. The Sooners are aiming for their sixth consecutive conference championship.