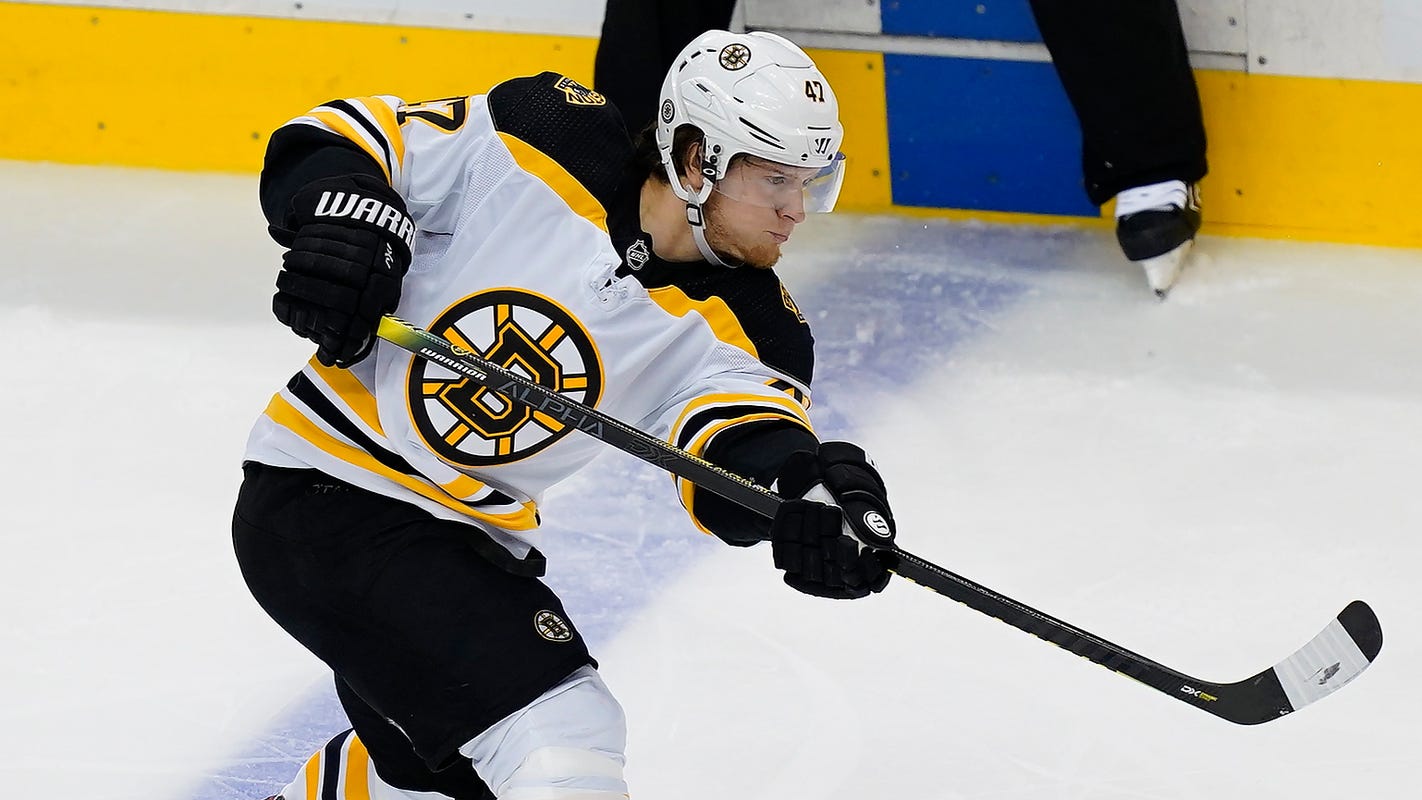 Breaking down deals, rumors on October 9

The National Hockey League’s unrestricted free agency opens at noon ET on Friday. General managers have been busy this week: the draft took place Tuesday and Wednesday, and now they will look to infuse more immediate help into their roster. Normally, the free agency period would open July 1, but the coronavirus pandemic and subsequent season pause pushed back the NHL’s calendar.

As always is the case, some players will sign quickly, but it’s unclear how fast the top free agents will make their choices. Defenseman Alex Pietrangelo and winger Taylor Hall lead USA TODAY’s top 25 available free agents, a list that is full of goalies, including Henrik Lundqvist, whose contract was bought out by the New York Rangers.

Torey Krug will be among the most popular free agents in thte marketplace. (Photo: John E. Sokolowski, USA TODAY Sports)

Follow along below (newest updates are posted at the top) for analysis of the biggest signings and rumors:

This will be a one-year deal worth $1 million for Bobby Ryan and Red Wings. https://t.co/5kBJHRJGQE

Bobby Ryan, the Masterton Trophy winner, was bought out by the Senators. His top season over the last four is 15 goals, but he has topped 20 goals six times. He had treatment this past season for alcohol addiction.

The Lightning were trying to find a way to trade Tyler Johnson and his $5 million cap hit through 2024 because they only have about $5 million in cap space this offseason. They still need to re-sign restricted free agents Erik Cernak, Mikhail Sergachev and Anthony Cirelli and add a defenseman or two. Now, teams can claim Johnson for his remaining salary without giving up assets. Johnson had 31 points in 65 regular-season games last year. He is a four-time 20-plus goal scorer.

Simmonds signs with #LeafsForever 1-year $1.5 million. Full no movement clause. Left more $ on table for desire to win and play for hometown. @Sportsnet#NHLFreeAgency

Maple Leafs general manager Kyle Dubas said this offseason that he would try to make his team harder to play against, and Wayne Simmonds provides that element. He is also an asset on the power play as a net-front presence.

The Sabres held on to penalty-killing center Zemgus Girgensons, signing him to a three-year contract averaging $2.2 million. He made $1.6 million last season, when he tied his career best with 11 even-strength goals.

Pending a trade call, the VGK have traded Paul Statsny to Wpg for a 4th in 2022 and Carl Dahlstrom

The Golden Knights have been looking for ways to clear cap space, and trading center Paul Stastny and his $6.5 million cap hit does just that. There have been reports that they are interested in defenseman Alex Pietrangelo, and if they can trade goalie Marc-Andre Fleury ($7 million for the next two years), they would be in good shape to make a big play. With Bryan Little’s status unclear moving forward after being hit by a puck in the ear in November, the Jets needed a scoring-line center.

Blue Jackets have space to spend

The Blue Jackets could be players in free agency. They have $14 million in cap space after buying out forward Alexander Wennberg and trading defenseman Ryan Murray to the Devils and defenseman Markus Nutivaara to the Panthers.

As teams try to free up cap space, several notable names have seen their contracts get bought out. Here are the players who are now set to be unrestricted free agents: Forwards Alexander Wennberg, Kyle Turris, Justin Abdelkader, Michael Grabner and Bobby Ryan and defensemen Karl Alzner and Jack Johnson and goalies Henrik Lundqvist and Cory Schneider.

The biggest factor affecting the craziness of the day will be the coronavirus pandemic. To some extent, each team in the league has been impacted. When will the next season start? Commissioner Gary Bettman said on first night of draft that the target was Jan. 1. But will fans be in attendance, and will it be an 82-game season? That will affect a team’s bottom-line financials. The salary cap will stay flat for next season at $81.5 million. Will the marquee free agents command as long and as big a deal? Will there be more bargain signings? Will there be more free agents left unsigned after Day 1, and how long will it take them to figure out their next landing spot?