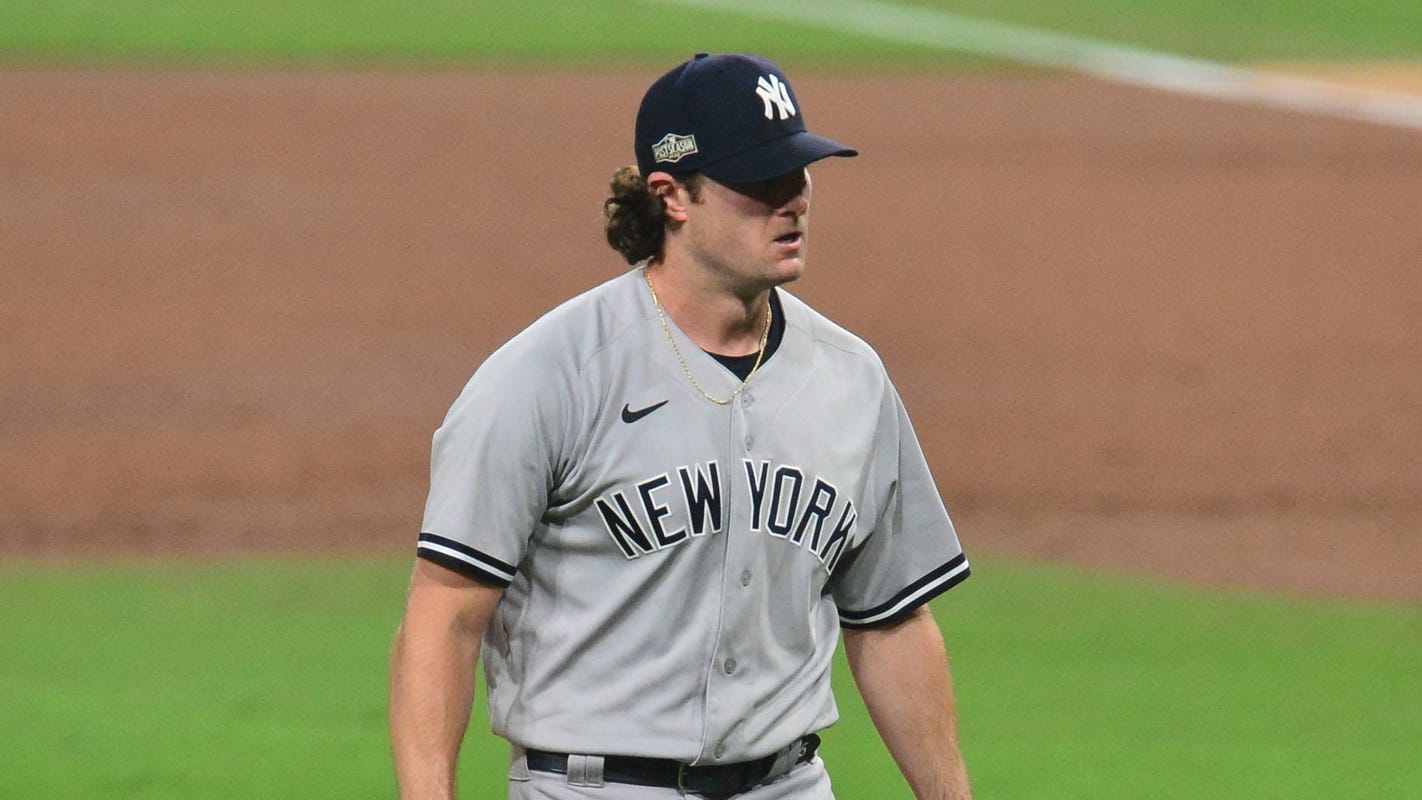 Gerrit Cole has Yankees confident for ALDS Game 5 vs. Rays

SAN DIEGO — New York Yankees ace Gerrit Cole got off the team bus Thursday afternoon, walked into the visitor’s clubhouse at Petco Park and had a message for Yankees manager Aaron Boone.

Cole, the man the Yankees wanted so desperately this winter, they paid $324 million to secure his services, will have him pitching the biggest game of their season.

It’s the winner-take-all Game 5 of the American League Division Series after the Yankees stayed alive Thursday with a 5-1 victory over the Tampa Bay Rays.

“It’s a special opportunity,’’ Cole said. “I think any time you’re in the lineup in a do-or-die game, your teammates have faith in you, your manager has faith in you, as a player it’s a good feeling.

“You always want to be out there in the big moment.’’

And, with Cole on the mound, the Yankees have the confidence they can’t possibly be beat.

“We’re going to win it,’’ said Yankees first baseman Luke Voit, who hit one of the Yankees’ two homers. “We’re locked and loaded.’’

Well, certainly Cole is locked in, going 5-0 with a 1.44 ERA in his last five starts, including two in the postseason. And he’s loaded, throwing 100-mph in his last start against the Rays.

Gerrit Cole will start Game 5 of the ALDS for the Yankees. (Photo: Gary A. Vasquez, USA TODAY Sports)

“This is the best possible situation for us …,’’ Voit said. “This is why we gave him all of that money for moments like this.’’

This is why Cole signed with the Yankees instead of staying home in Southern California where the Los Angeles Angels badly wanted him. He knew the Yankees presented the best opportunity to get that World Series ring that eluded him last year with the Houston Astros.

Cole was the one who eliminated the Rays last year in the deciding Game 5 of the AL Division Series with a 6-1 victory. He was responsible for knocking off the Yankees in the ALCS, too, winning 4-1 in Game 3. He kept the Astros alive with a 7-1 victory in Game 5 of the World Series against the Washington Nationals.

GAME 4:Yankees rely on unsung hero to even ALDS

And he was warming up in the bullpen and ready to close out the World Series in Game 7, too, but the Astros’ lost the lead, and eventually the game, with the loss still haunting Cole to this day.

“You never forget,’’ Cole said. “Games like that motives you.’’

And now, he relishes being the man again, even though he’ll be starting on short rest for the first time in his eight-year career.

“I’ve spoken to guys who have done it before,’’ Cole said. “It’s not something that’s probably sustainable the whole season, but certainly the human body is capable of doing it.’’

He started reeling off the names of CC Sabathia, who led the Milwaukee Brewers to the playoffs in 2008. And former teammates Justin Verlander, Dallas Keuchel, and Zack Greinke, who have pitched on three days’ rest.

“I’m excited for the opportunity.’’

It’s unknown if this was the Yankees’ plan all along to use Cole in Game 5, but once he won Game 1, he certainly prepared for the possibility. He altered his workout routine. He kept telling Boone he would be ready.

“After we won, and officially had a game tomorrow,’’ Cole said, “that’s when he smiled at me said, ‘You’re going tomorrow.'”

Said Boone: “I’m excited to see him go pitch, there’s no question. I know he’s excited to get the ball with the opportunity to help us move on.

“To be able to hand the ball to probably the best pitcher in the game, there’s some comfort in that.’’

The Yankees, with 27 World Series banners hanging at Yankee Stadium, certainly seem to embrace these moments in October. They relied on Jordan Montgomery to start his first game in two weeks on Thursday, turned to their bullpen for five shutout innings, setting the stage for Cole, who’ll be matched up against Tyler Glasnow.

“We never feel panic,’’ said Yankees shortstop Gleyber Torres, who hit a two-run homer in the sixth inning. “I never feel pressure. I like to play in front of 40,000 fans in the stands. I try to enjoy the moment.’’

Besides, the way the Yankees figure it, the only way for them to get sweet revenge against the Astros, who eliminated them during the cheating scandal in 2017, and again last year, is by playing them.

“People are mad,’’ Astros shortstop Carlos Correa recently said. “People don’t want to see us here. What are they going to say now?’’

This isn’t the time for the Yankees to talk about the Astros now, not with the Rays standing in the way, but the way they’re feeling, no one can stop them.

“We’re just a bunch of caged animals,’’ Voit said. “We have a lot to of grit on this team. We knew it was going to be a crazy and suspenseful season.

“We’re up for the challenge.’’

The Yankees have plenty of experience in these winner-take-all games, playing 29 of them in their history, and winning three of the last four since 2017.

“This is a good situation for us to be in,’’ Montgomery said. “If we’re going to have somebody out there, I want it to be (Cole).’’

And for the Rays, who have advanced to the ALCS only once in their history, they’re aware they have already defeated the Yankees 10 times in 14 games this year.

It will all be meaningless if they can’t win one more.

Pondered Rays shortstop Willy Adames: “Who said it was going to be easy?’’