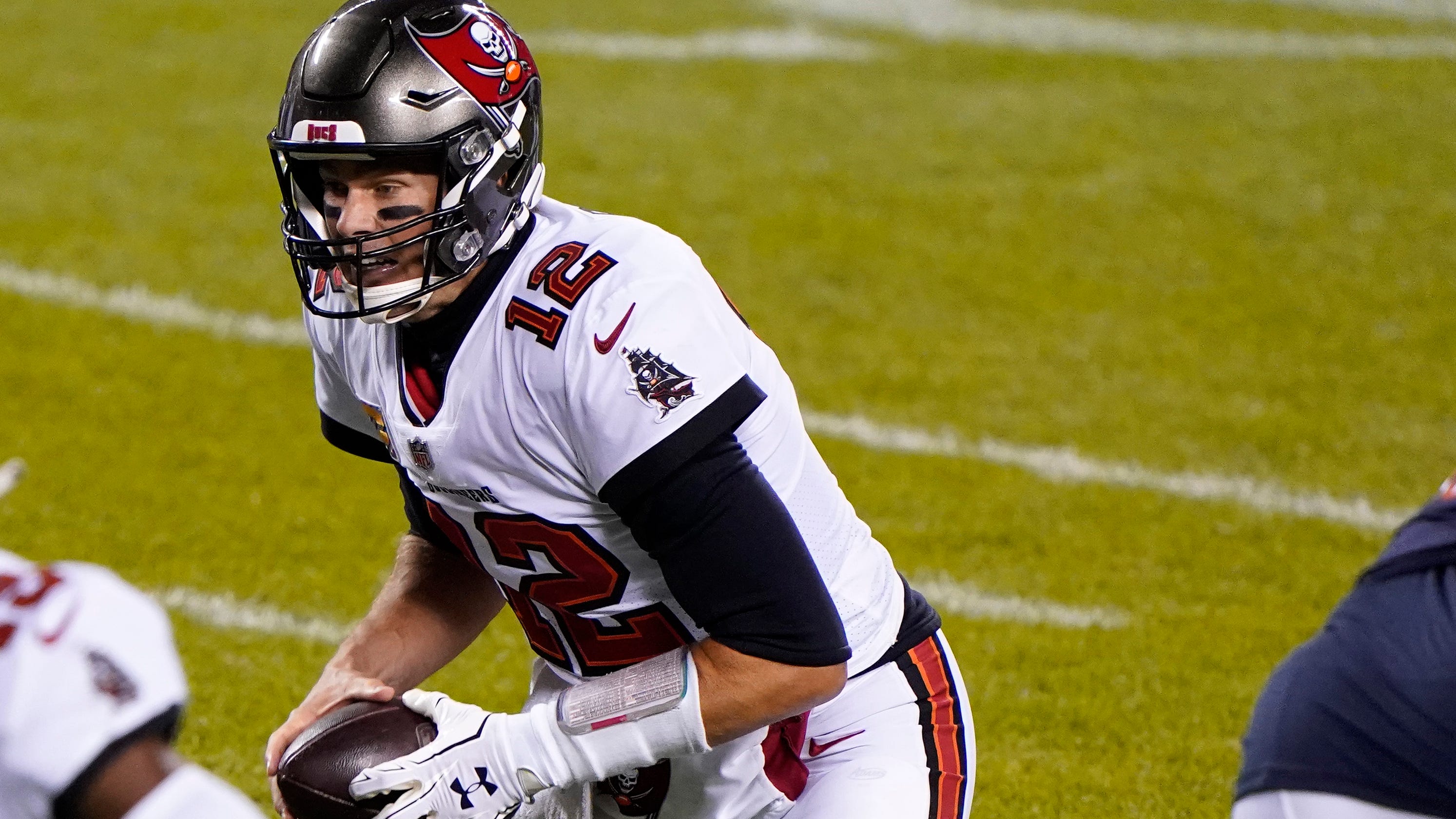 The six-time Super Bowl champion lost a game Thursday night that he never would have if he were still with the New England Patriots. The Tampa Bay Buccaneers gave up a whopping 109 yards in penalties, had just one touchdown to show for three trips to the red zone and were so discombobulated on their final drive it looked as if Brady didn’t know it was fourth down when he threw an incompletion.

“Yeah,” Brady said when asked if he knew it was fourth down. “You’re up against the clock and you’re up against – I knew we had to gain a chunk, so I should have been thinking more first down than chunk.”

OK, but you did hold up four fingers afterward with a look of confusion on your face. Or maybe that was just Brady’s way of telling Nick Foles how many more times he’d have to beat Brady just to equal the GOAT’s number of Super Bowl rings.

Yes, as if the 20-19 loss to the Bears wasn’t bad enough, it came against Foles, a rare quarterback with a winning record against Brady. They’ve played each other twice, with Foles winning both games – the first being Super Bowl LII, when Foles was with the Philadelphia Eagles.

The loss also was Brady’s first to the Bears in six games.

“Penalties, they’re just — they stop drives,” Brady, clearly frustrated, said after the game. “We had so many third and longs, we just could never get into any rhythm in the second half certainly. Just poor execution.”

Welcome to life outside of Bill Belichick’s world.

Much is made of Belichick’s … let’s be charitable and call it single-mindedness. He cares about winning and not much else. OK, maybe his dog.

But Brady was the benefit of those exacting standards for two decades. The Patriots aren’t sloppy. They don’t commit dumb penalties. Or many penalties at all. In fact, New England is the least-penalized team in the NFL so far this season, according to The Football Database, the 11 penalties they’ve had this season matching what the Buccaneers had just in Thursday night’s game.

It’s safe to say Brady didn’t have many times with the Patriots when he was backed up into second-and-34, as the Buccaneers were at one point late in the third quarter. Tampa Bay lost 41 yards in penalties on that one drive alone.

No wonder Brady could be seen screaming at one of his offensive linemen after the Buccaneers were forced to punt.

“He was just telling the guys to wake up,” said Ronald Jones II, one of Tampa Bay’s few bright spots with 106 yards rushing. “Again, we were shooting ourselves in the foot. There’s no way we should have lost that game.

“When you look at it, it was ugly. We beat ourselves.”

Brady has played five games with the Buccaneers, and while they are 3-2, they’ve had more than 100 yards in penalties in two of those games. They’re the most-penalized team in the entire NFL. That just didn’t happen in New England.

But this is what Brady signed up for when he left the Patriots cocoon in the off-season.

It was always going to be a steep learning curve for the 43-year-old with a new coach, a new system and a roster full of new teammates. The COVID-19 pandemic made it exponentially harder, with no off-season workouts and an abbreviated training camp.

Add in Tampa Bay’s injuries – the Buccaneers were without receiver Chris Godwin and running back LeSean McCoy against the Bears, and tight end O.J. Howard is on IR with a ruptured Achilles – and of course it’s going to be a hot mess at times.

Every other quarterback has been through it, though, often multiple times. You think Foles hasn’t? He’s pinballed around the NFL, even with a Super Bowl title, and his transition to Chicago has been as rocky as they come. This is what the NFL is like outside of New England.

“We’ve got to get back to work and make some improvements, and the only way to do it is to work hard at it and have a huge commitment level,” he said. “That’s what we’ve got to do.”

And maybe acknowledge that, for as much of a control freak as Belichick is, he knows what he’s doing. It wasn’t simply Brady’s transcendent talent and hard work that got him those Super Bowl rings and MVP trophies.

“It should sit with us. When you don’t play well, it’s going to sit with you,” Brady said. “We all know we’re playing a tough, hard-nosed team and they weren’t going to give us the game. We knew we were going to have to play a good game, and we didn’t.”

Brady left Belichick and New England, the only coach and team he’d ever played for, because he wanted to see what life was like elsewhere in the NFL. Well, now he knows.