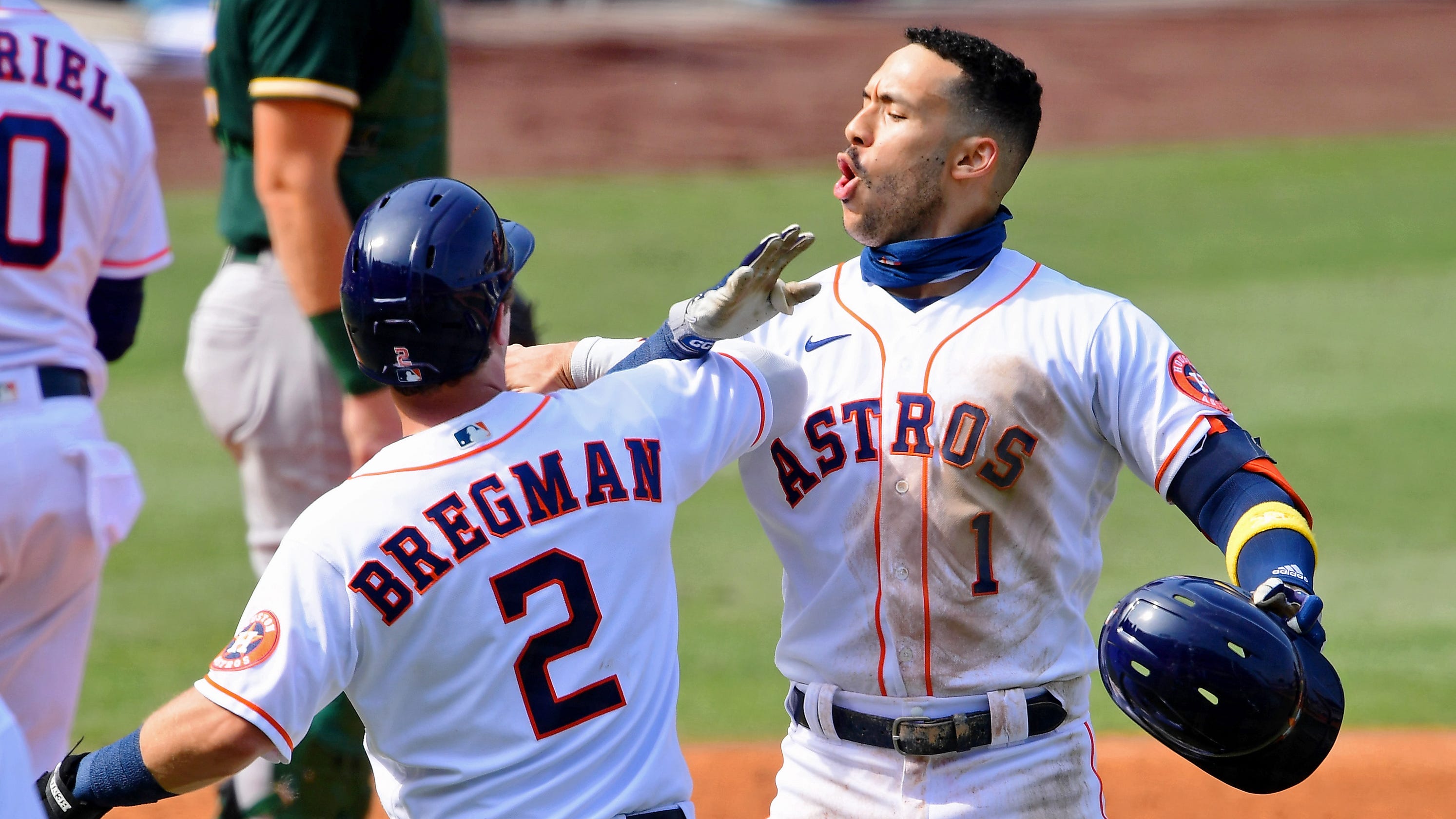 The most hated team in baseball is staging a revenge tour in reverse.

This was to be the year where the clubs harmed most by the Houston Astros’ sign-stealing scandal got their piece of flesh – literally, figuratively, or at least in October, the month that matters most.

Instead, the Astros have taken nearly a year’s worth of scorn and turned it to fuel, even if most of their hubris stays behind closed doors, lest they appear anything less than contrite.

Sure, they may be publicly sorry for the worst cheating scandal in perhaps a century. But in these 2020 playoffs, a pandemic sending them hundreds of miles away from their Minute Maid Park cheat lab, they will make no apologies should they run roughshod over what many would call victims, but perhaps they’d refer to as haters.

The latest to be dealt with and dismissed: The Oakland Athletics.

The Astros rolled over their American League West rivals, capturing the AL Division Series with a rousing 11-6 victory in Game 4 at Dodger Stadium to advance to their fourth consecutive AL Championship Series.

They won the series 3-1, ending it so quickly that the Astros didn’t even get a look at Oakland pitcher Mike Fiers, their former teammate whose whistleblowing efforts revealed the depth and complexity of the Astros’ scheme, which culminated in one player banging on a trash can to reveal to another which pitch was coming.

Those revelations surfaced Nov. 12, 2019, in a story by The Athletic. The ensuing 11 months included literal and figurative walks of shame, from a clunky and ill-conceived attempt at a spring-training apology to salvos fired from Dodgers and Yankees clubhouses.

Meanwhile, the reputations of a gaggle of All-Stars were permanently sullied, the validity of their 2017 title called into question. A 29-31 season, with a playoff berth coming thanks to the mercy of Major League Baseball expanding the playoffs in a 60-game season, was similarly humbling.

But they had a chance, and have made the most of it, rumbling through in two games to sweep the best-of-three wild-card series, and then making quick work of the A’s.

And yes, the sullied stars of 2017 have been leading the way.

Carlos Correa? The young shortstop who went toe-to-toe verbally with the Dodgers and Yankees this spring put it on the A’s, driving in 11 runs in the series and crushing a go-ahead, three-run homer in the decisive fourth inning Thursday.

Jose Altuve? The three-time batting champ who began the year answering queries over whether an electronic buzzer under his jersey aided a pennant-winning home run used this NLDS to put the worst season of his career behind him. In Game 4, his two-run homer put a capper on a series in which he went 6 for 17, homered twice and largely forgot an injury-marred, 48-game season in which he batted .219.

Alex Bregman? He had a pair of hits in Game 4, made a Gold Glove-caliber snag of a foul popup against a protective screen, and had six hits in the series.

George Springer? His two-homer game keyed a Game 2 victory and he has a .984 OPS in six playoff games.

Taken together, their postseason resumes only get lengthier with every passing year.

Yet, how much of it is phony?

We may never know, though statistical and anecdotal evidence suggests a significant boost in that 2017 playoff run. There’s also nothing the Astros can do about it now, other than to keep banging away from Minute Maid Park.

They did just that at neutral-site Dodger Stadium, combining with the A’s to slam an ALDS record 24 home runs through the often scorching heat of Chavez Ravine.

Up next: Either the Tampa Bay Rays, still salty over a narrow loss in the 2019 ALDS, or the New York Yankees, who feel an AL pennant was taken from them in 2017.

Looming on the horizon is the ultimate rematch, with the Dodgers of Clayton Kershaw and Cody Bellinger and Justin Turner, who feel they lost the most three years ago and were most pointed about the Astros’ cheating.

They may get their shot. These Astros, though, are serving notice that forthcoming foes may be careful what they wish for.