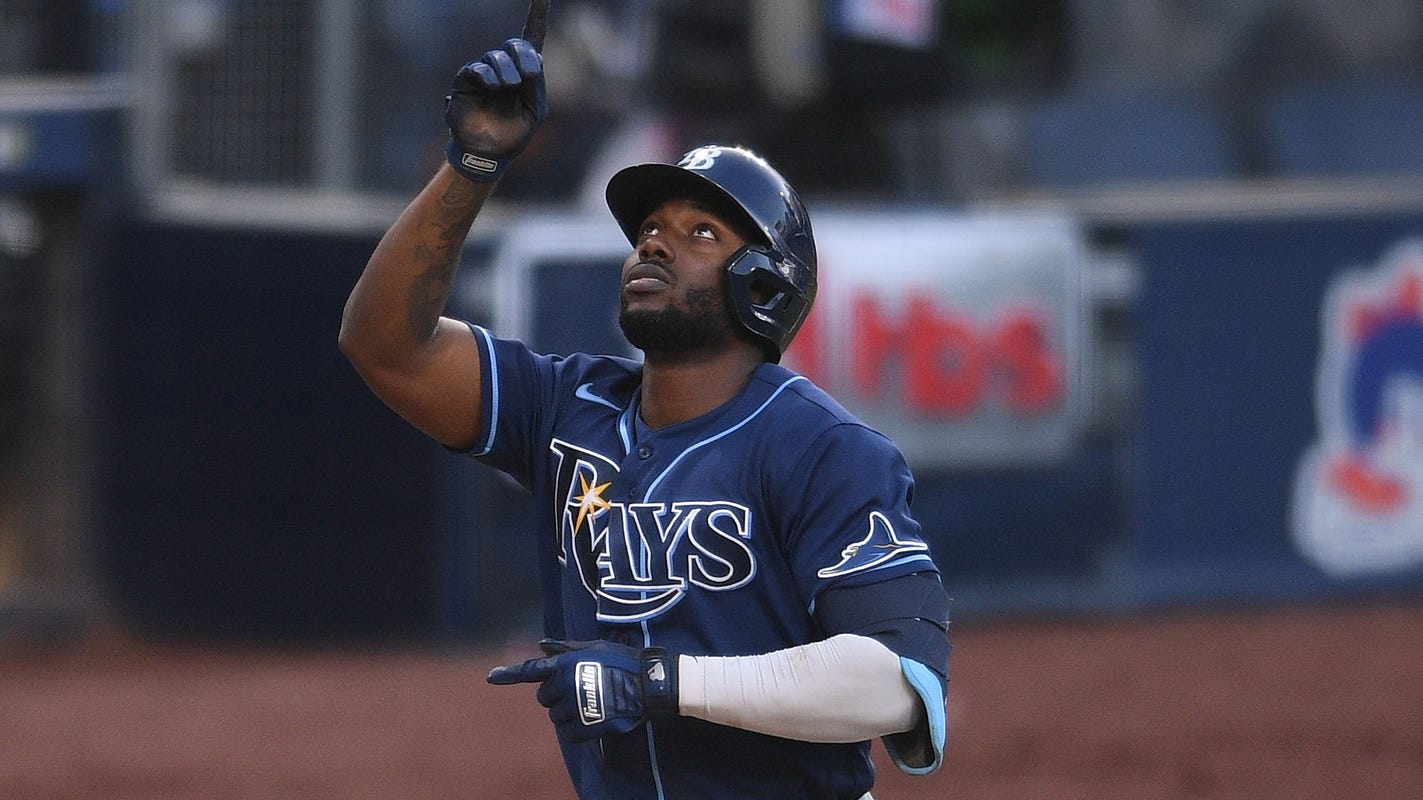 One postseason later, he’s made more noise on the diamond rather than on his social media account.

Arozarena is putting on a postseason performance for the ages, leading the Tampa Bay Rays to the brink of the American League Championship Series, with an 8-4 victory Wednesday night over the New York Yankees.

The Rays, who have been to the ALCS only once in their franchise history, lead the Yankees, 2-1, in this best of five Division Series, and can close the door Thursday night.

“He’s the best player on the planet,’’ said Rays center fielder Kevin Kiermaier, their longest-tenured player, who hit a three-run homer in the fourth inning. “He’s incredible. He’s very unique in so many ways. What he’s doing is incredible.’’

That may be an understatement.

Arozarena continued his October assault Wednesday going 3-for-4 with a homer, two singles and a walk, and now is hitting .600 (no, this is not a misprint) with three homers, two doubles, a triple and four multiple-hit games against the Yankees.

“It’s pretty spectacular what he’s doing right now,’’ Rays manager Kevin Cash said. “He’s wowing all of us in the dugout, that’s for sure. I’m sure there are guys who have done special things, but when you’re sitting there watching it first-hand, it’s pretty remarkable what’s taking place.’’

How can you possibly describe it?

“I’ve never seen anything like this,’’ said Rays winning pitcher Charlie Morton. “Honestly, there are no words to describe it. It’s just incredible. Yeah, I’m sorry, I got nothing for you.’’

Really, there is nothing to say, because what this 25-year-old rookie is doing is absolutely mind-boggling.

He introduced himself to the Yankees in this AL Division Series by homering off ace Gerrit Cole in the first inning of Game 1.

He homered off Yankees rookie Deivi Garcia in the first inning of Game 2.

And he homered off Yankee veteran Masahiro Tanaka in Game 3.

“We’ve made some mistakes to him,’’ Yankees manager Aaron Boone said, “and he hasn’t missed them. We’ve got to find a way to keep him in check.’’

“Even with his eyes closed, he can hit,’’ said Rays catcher Michael Perez, who also homered. “He’s from another planet.’’

Considering the way he’s terrorizing opposing pitchers, Cash may permit Arozarena to bring his own lighting and sound crew to film the Rays’ entire celebration if they can close out the Yankees.

“Everybody loves him,’’ Kiermaier said. “He’s the man. We should all take a page out of his routine.’’

If you haven’t heard of Arozarena until now, really, it’s quite understandable.

He wasn’t even called up to the Rays until Aug. 30, missing the first five weeks of this 60-game season with the coronavirus.

Yet, instead of sulking at home and feeling sorry for himself, he showed up with a six-pack, learning how to cook and eating nothing but chicken and rice, doing 300 push-ups a day, and gaining 15 pounds of muscle.

Really, Cash says, he fell on love with Arozarena almost at first sight, calling him the best performer of their spring before the pandemic swept the country, shutting down baseball and the rest of the sports world.

Well, he’s certainly got the Yankees’ attention now, too. They’ve got to wait until 2026 before they can lay their hands on him as a free agent, but until then, they better figure out in a hurry some way to get him out before their winter starts a whole lot earlier than envisioned.

When he finally burst on the scene in real games, making his season-debut Aug. 31, he let everyone know he had no plans to depart anytime soon, hitting .500 in his first six games with four home runs.

Why, if you count the postseason, he now has 10 homers in his last 21 starts, which translates to a 77-home run season for those dreaming of a normal season in 2021.

Arozarena is reminding the Cardinals every single day just what they gave up, and quite confident this is just the beginning.

“I’ve always considered myself a pretty good player, a pretty good hitter,” Arozarena said through the Rays’ team interpreter. “I’ve worked hard and trained hard in doing so. Ever since the minor leagues and my time in Cuba, I’ve always hit and I’ve always carried those results over to whatever league or level I’m in.”

Well, we’re in the highest level now, and when you can overshadow Yankee slugger Giancarlo’s historic performance, becoming the first player in history to homer in his team’s first five playoff games, you’re sure doing something special.

““I think there’s going to get a point in his career,’’ Cash said last week, “where people are not going to say, ‘Who is that guy?’ He’s going to show that he’s consistently really good.’’

That day has arrived.