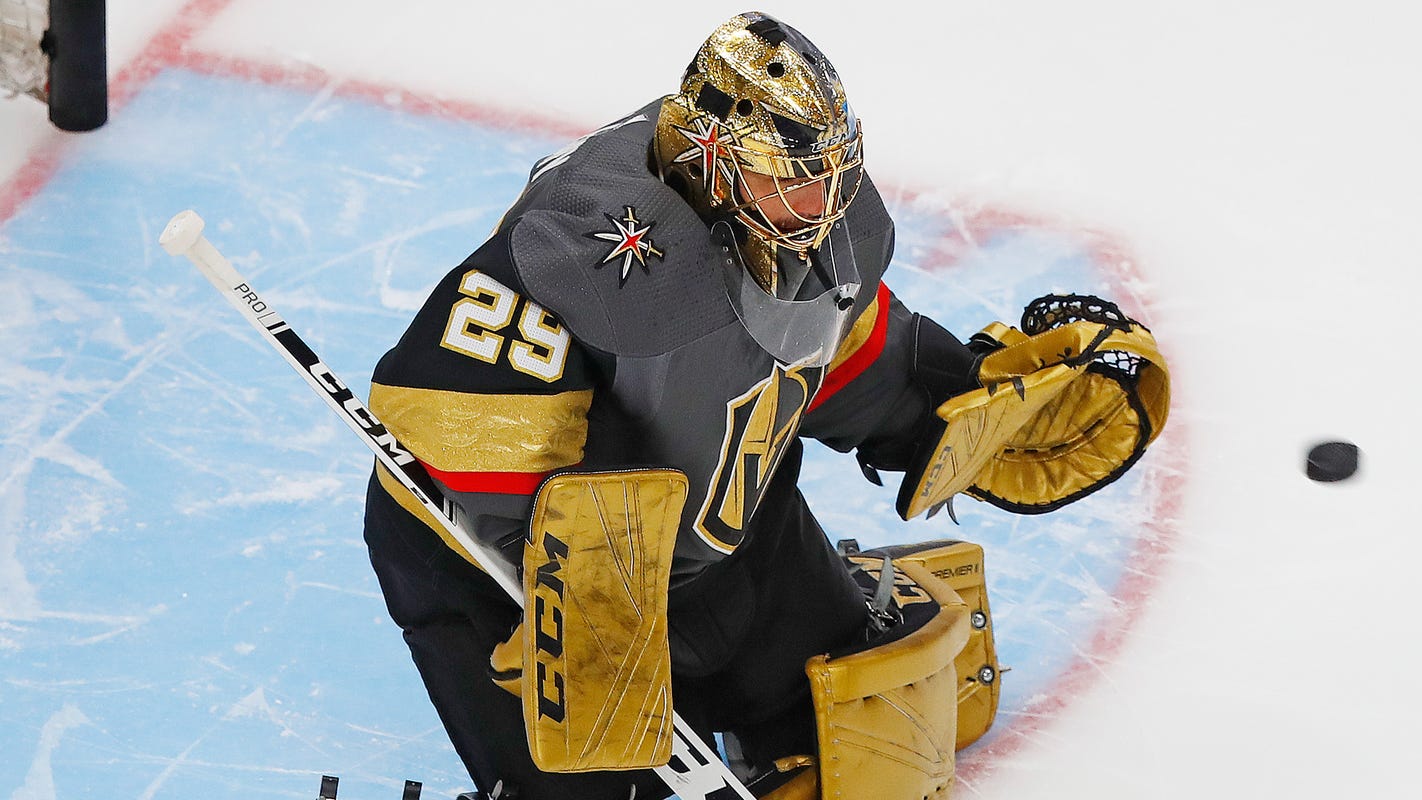 The NHL draft doesn’t start until 7 p.m. ET (NBCSN), but that doesn’t mean there won’t be rumors and news to discuss throughout the day. While Tuesday will be dominated by the future, there is sure to be news surrounding other potential signings or trades as the draft collides with the opening of free agency later this week. Round 1 (check out the mock!) will be followed by Rounds 2-7 on Wednesday (11:30 a.m. ET, NHL Network). The New York Rangers are first on the clock, while the Ottawa Senators hold the most picks (12) in the draft.

USA TODAY Sports will be analyzing everything that happens throughout the day, including during Tuesday’s first round. (The newest updates are posted at the top.)

A team to watch

While it seems like the Rangers have gained a lot of cap flexibility after the buyout of Henrik Lundqvist’s contract and trade of Marc Staal, the team still faces other issues thanks to dead money paid for buyouts of maneuvers and bonuses for younger players. TNS’s Frank Seravalli explains below.

A bit nerdy, but the #NYR have significant cap concerns and this information might dictate some moves that may or may not arise as a result of the salary cap bonus cushion limit. Something to watch. 🤓⬇️ pic.twitter.com/zU3RpozAvB

The Lightning have a projected $74 million on the books with a salary cap of $81.5 million. They also have several restricted free agents to re-sign, including Anthony Cirelli, Mikhail Sergachev and Erik Cernak, and other depth pieces who will become unrestricted free agents  It’s no surprise Tyler Johnson, who carries a $5 million cap hit for the next three years and has a no-trade clause, is a player who could be traded, according to TSN’s Darren Dreger. He reports Johnson has given the Lightning teams he’d approve a trade to. The 30-year-old has settled in as more of a secondary scorer but perhaps could gain a bigger role elsewhere.

Hearing that the Maple Leafs have genuine interest in pending UFA winger Wayne Simmonds at the right price. They have him listed as a target once free agency opens Friday. Again, would need to be a reasonable contract for it to work. But Leafs have sincere interest there.

Maple Leafs GM Kyle Dubas said on Monday that he wanted his team to get harder to play against via free agency offseason, so the link to Simmonds makes sense. He is physical and will stand up for teammates. He’s also an asset on the power play.

Although bought-out ex-NYR goalie Henrik Lundqvist is currently UFA, he cannot formalize an agreement until Friday. That said, the word on the street is that WSH is the clear frontrunner for the King’s services on what would presumably be a short-term, bargain contract.

The longtime Rangers netminder whose contract was bought out this offseason could now join Alex Ovechkin, another future Hall of Famer. And he wouldn’t have to go far — in distance or division (Metropolitan, the same as where New York plays). This makes sense because Ilya Samsonov is the Capitals’ goalie of the future, but he has not had a full-time NHL job yet. Lundqvist wouldn’t necessarily be a full-time backup.

Who could be dealt?

Goalie Marc-Andre Fleury, Golden Knights: With Robin Lehner entrenched as the Vegas Golden Knights’ starting goalie after a five-year, $25 million extension, it seems like only a matter of time until Fleury, a fan favorite, is dealt. The issue is that Fleury carries a $7 million cap hit.

Defenseman Oliver Ekman-Larson, Coyotes: Sportsnet’s Elliotte Friedman reported Saturday that OEL is only willing to go to Boston or Vancouver, so that could complicate a trade, or make it less likely to get done this week. Still, Arizona seems motivated to move him and gain more cap flexibility and multiple pieces.

Forward Patrik Laine, Jets: When asked whether Laine could be traded, Winnipeg Jets GM Kevin Chevaldayoff told NHL.com, “So we’re looking at all our options, including potentially trading different players.” Laine has a year left on his two-year, $13.5 million deal, and has 138 goals over 305 NHL games. He’s only 22 years old.