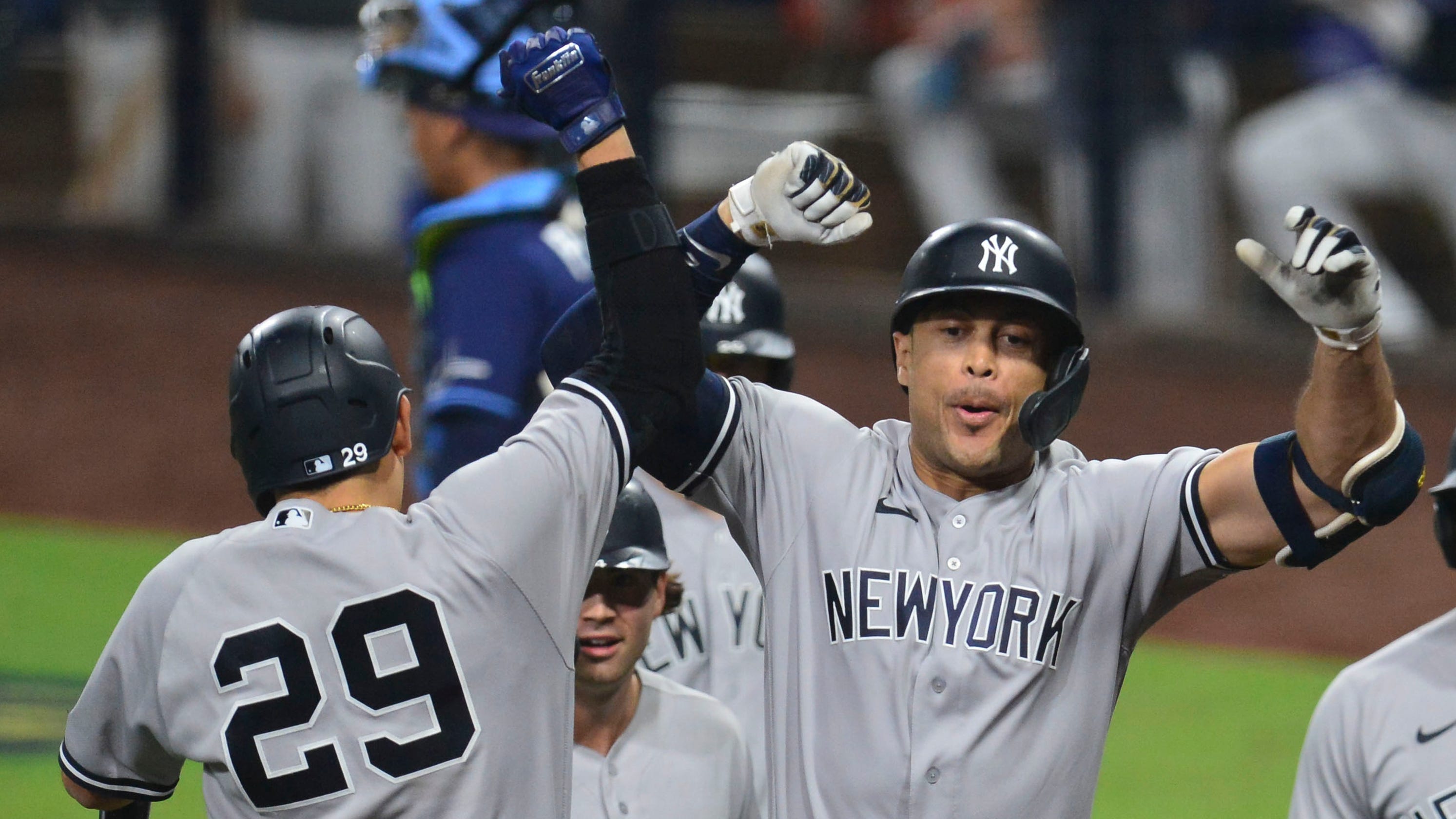 SAN DIEGO — The New York Yankees tried to warn everyone.

They told us that once they’re healthy, they’re going to look a whole lot different than the team that limped to the finish line and might not even make it to October.

Well, they are healthy, their big boys are slugging, and the Bronx Bombers are looking like their old selves, scaring the living daylights out of the opposition.

The Yankees bullied and bloodied their latest opponent Monday night, defeating the Tampa Bay Rays, 9-3, in Game 1 of the AL Division Series at Petco Park.

They produced 15 hits with everyone in the starting lineup getting at least one hit. Center fielder Aaron Hicks led the way with three.

They knocked 2018 Cy Young winner Blake Snell out of the game after five innings.

And they tormented their bullpen, with the Rays unable to record a 1-2-3 inning since the second inning.

The Boys are back in town, playing their best baseball of the season at just the right time.

“No question, these guys have really played well,’’ Yankees manager Aaron Boone said. “The whole lineup is working well together. The quality of bats throughout the lineup is something these guys are capable of when they’re whole and healthy and locked in as they are.

“They’re up there making it real difficult for the pitcher. And if you can make it heavy for the [opposing starting pitcher], one of our guys, more often than not, will get you.’’

Oh, and how they did, over and over.

It was Clint Frazier, who hit .063 (1-for-16) with eight strikeouts in the season’s last five games, homering in the third inning off Snell. It was No. 9 hitter Kyle Higashioka hitting a homer off Snell in the fifth. It was Aaron Judge with another in the fifth. And Stanton, with his signature moment as a Yankee, hitting that grand slam to break it open in the ninth.

MLB PLAYOFFS: Which teams have the clearest path to a title? Ranking contenders 1-8

“I think that was the first time I ever screamed for somebody else,’’ Frazier said. “I’m not a big emotional guy, but I did yell. I was excited for him. He’s been a really big key for us for the last few games.’’

Stanton, who has now homered in three consecutive games, has turned Petco Park into his own personal playground. He is hitting .318 in 18 career starts at Petco with nine home runs and 22 RBI.

“I can’t really put it past, it’s Southern California,’’ Stanton said. “I grew up an hour and a half, two hours away. I always had family and friends here.’’

Yes, and for the first time this season, his family did get a chance to see him play, watching Stanton look like the slugger the Yankees envisioned when they acquired him three years ago from the Miami Marlins.

“I think Giancarlo is in a great place,’’ Boone said. “Just watch his at-bats. When he controls the zone like he is, and when he’s as focused as he is, there’s nobody like him.’’

Stanton even carved a piece of Yankee history with his homer, becoming the first Yankees DH to hit a grand slam in a postseason game.

“That was really cool, can’t deny that,’’ Stanton said. “I’m having good at-bats. That’s what this is all about. That’s what we needed today.’’

This is the offense the Yankees envisioned all along, and now that they’re healthy and clicking, they’re terrifying.

No need to tell the Rays.

They witnessed it first-hand.