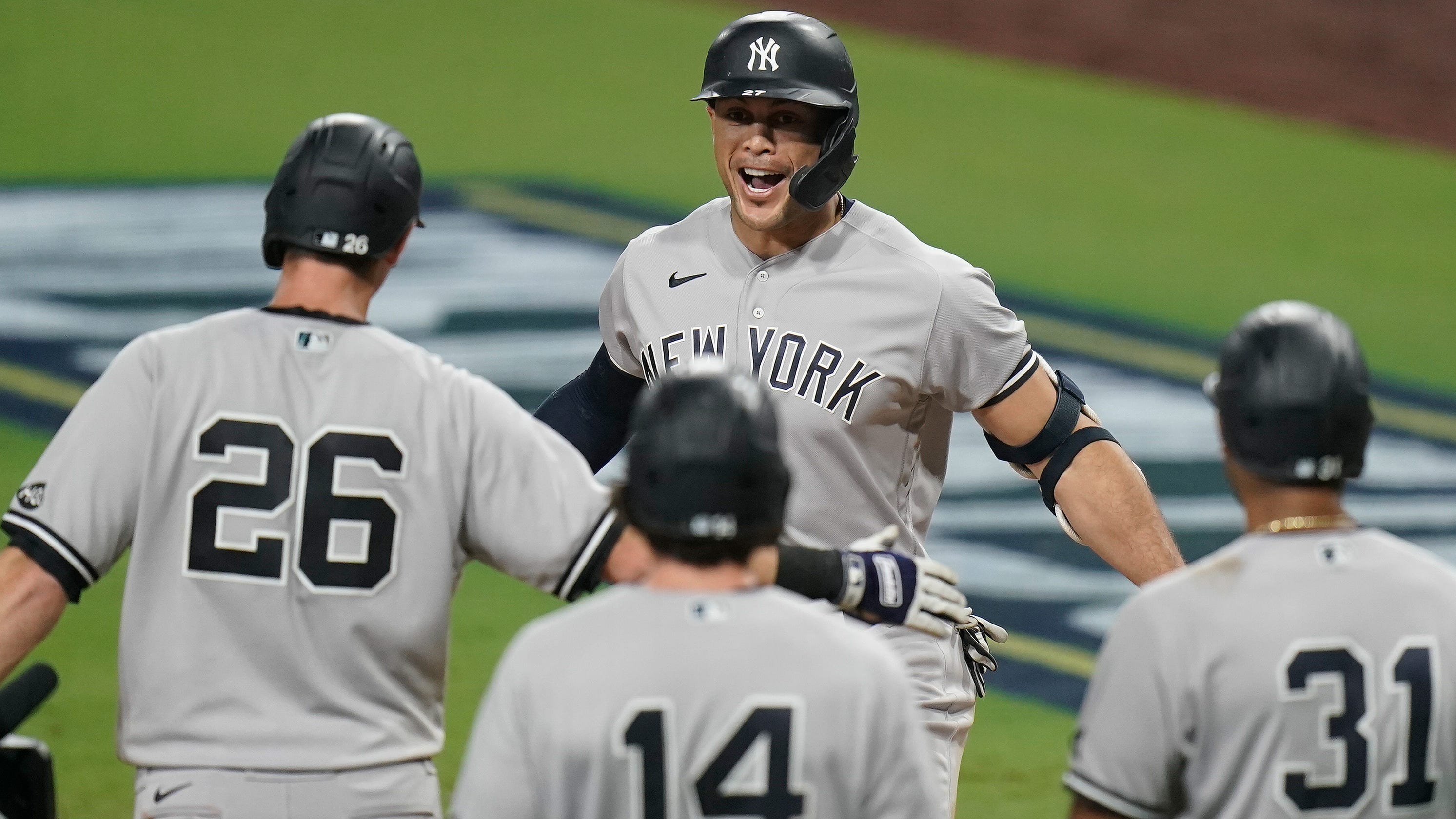 SAN DIEGO — The scream pierced the air Monday night, and could be heard all of the way to the upper deck at Petco Park, with New York Yankees ace Gerrit Cole wildly pumping his fist, and stomping off the mound.

It was the sound of a $324 million man showing just why he might be worth every single penny.

The Yankees gave him the biggest free-agent contract for a pitcher in baseball history for this moment, and the man delivered.

Cole pitched six powerful innings in the Yankees’ 9-3 victory over the Tampa Bay Rays in Game 1 of the AL Division Series, and the Yankees hit four home runs, but it was his strikeout of Rays right fielder Manuel Margot in the fifth inning on a 100-mph fastball that turned the table.

Cole, who had already given up a home run to Ji-Man Choi, continuing his one-man assault (10-for-19 with four homers and three doubles during his career), decided to avoid him in the fifth, intentionally walking him and loading the bases for Margot.

One bad pitch, and the Yankees’ season could be on the brink.

Cole started him off with an 84-mph curveball for a strike. He threw another curveball, this time, 79-mph for a ball.

Then, the man got serious.

Cole reared back, and fired another fastball. A swing. A miss. And a scream.

It was the fastest pitch Cole has thrown since joining the Yankees, and the Rays were never the same.

“Big pitch, big moment,’’ Cole said. “I executed it perfectly. I’m glad, because I really got myself in a little bit of a mess there.’’

Cole, who gave up six hits and three runs, striking out eight, departed after the sixth inning with 98 pitches, and watched his teammates do what they do best, tormenting opposing pitchers with the bullpen shutting down the Rays the rest of the way.

“We paid him to pitch in October,’’ Yankees first baseman Luke Voit said. “It’s a lock, and everyone knows that.”

PREVIEW:No shortage of bad blood between the two teams

It was a game, really, the Yankees had to have if they’re going to reach the ALCS.

Their starting rotation simply isn’t deep enough to withstand a loss when Cole is on the mound.

Who knows, he may have to come back on short rest if there’s a Game 5, and certainly will be ready.

The Rays certainly aren’t about to concede anything, not after manhandling them all season, winning eight of 10 games, limiting them to 3.4 runs a game. They gave the Yankees everything they could handle, with rookie Randy Arozarena putting on a hitting clinic and Choi establishing himself as Public Enemy No. 1.

Cole has given up six home runs this season, and four have been courtesy of Choi. Choi hit only four homers during the regular season, but three were off Cole in 11 plate appearances, with only one in 134 plate appearances against everyone else.

“He’s a great pitcher and I just think facing him brings the best out of me,” Choi said. “Just with the experience of facing him last year in the playoffs and two times this year, it’s getting me comfortable facing him.”

Yet, it is the Yankees, with everyone now healthy, who suddenly look quite comfortable, scoring 31 runs with 11 homers in their first three postseason games. Judge was only in the lineup in four of the 10 games against the Rays, and just three times for Stanton. Now, they’re both back in, with Judge hitting the go-ahead homer in the fifth inning, and Giancarlo Stanton blowing open the game in the ninth with a grand slam.

Judge’s homer tied Hall of Famer Lou Gehrig for the franchise record of 10 homers in the first 30 postseason games. They became the first American League team to hit grand slams in back-to-back postseason games. They also got historic support with homers by Clint Frazier and Kyle Higashioka, the first time in the Yankees’ proud postseason history that they had their No. 8 and No. 9 hitters homer in the same game.

The Rays found that out the hard way, with the Yankees producing 15 hits, including three hits and a sacrifice fly by center fielder Aaron Hicks. The Rays’ pitching staff managed only a lone 1-2-3 inning in the game.

“We’re a lot healthier and these games are a lot more meaningful,” Voit said. “We’ve got a really tough lineup and I think we’re going to do a lot of damage against them.”