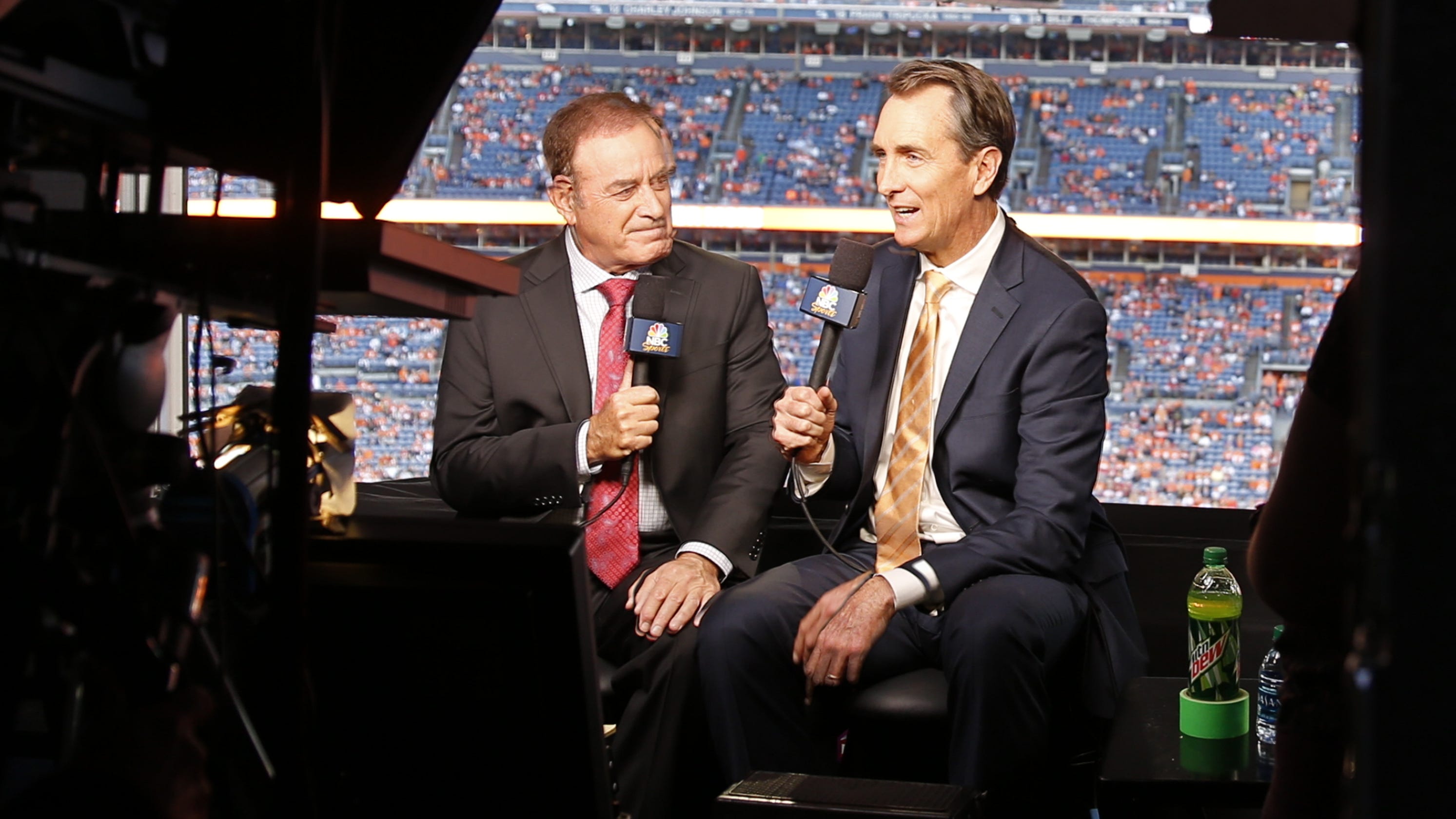 As part of an ordinance from Santa Clara County (California), NBC Sports broadcasters Al Michaels and Cris Collinsworth were forced to wear face masks during the Eagles-49ers broadcast of “Sunday Night Football.” But they appeared to be annoyed over the directive.

During their pre-game introduction, Michaels cracked a joke: “We are not auditioning for ‘The Masked Singer,'” before he gestured to what appeared to be a light blue surgical mask he wore.

“Officials have compelled us to wear a mask during the game, and so that is the story,” Michaels continued. “I’m Al Michaels, and you are?”

Michaels then pointed to Collinsworth, who responded: “I don’t know who I am,” while shaking his head. Collinsworth also wore what looked like a surgical mask.

“As required by Santa Clara County protocol, Al and Cris wore the masks throughout the game last night,” an NBC Sports spokesperson said in a statement emailed to USA TODAY Sports on Monday. The spokesperson declined to specifically address the apparent negative reaction Michaels and Collinsworth had to wearing the masks.

The Centers for Disease Control and Prevention have pointed to mask wearing as a tool that people can wield to help limit the transmission of COVID-19, the virus that has swept throughout the globe. According to Johns Hopkins University, the United States has reported more than 7.4 million confirmed infections during the pandemic, which has claimed the lives of nearly 210,000 Americans.

Throughout the rest of the broadcast, cameras showed Michaels and Collinsworth wearing their masks. At one point, however, Collinsworth’s mask slipped underneath his nose but continued to cover his mouth.

Michaels also joked about getting lollipops at the end of the game for being “good boys,” according to The New York Daily News.

Santa Clara County executive officer Jeffrey Smith defended the order, saying: “We wouldn’t want them to end up like the President.”

President Donald Trump announced early Friday morning that he had become infected with COVID-19. He was transported to Walter Reed National Military Medical Center in Bethesda, Maryland, later that day for further treatment. Trump frequently has been shown without a mask in public.

The Eagles defeated the 49ers 25-20, and Michaels signed off by saying, in part, “That’s it, folks. We’ll get rid of these things as soon as we possibly can.”