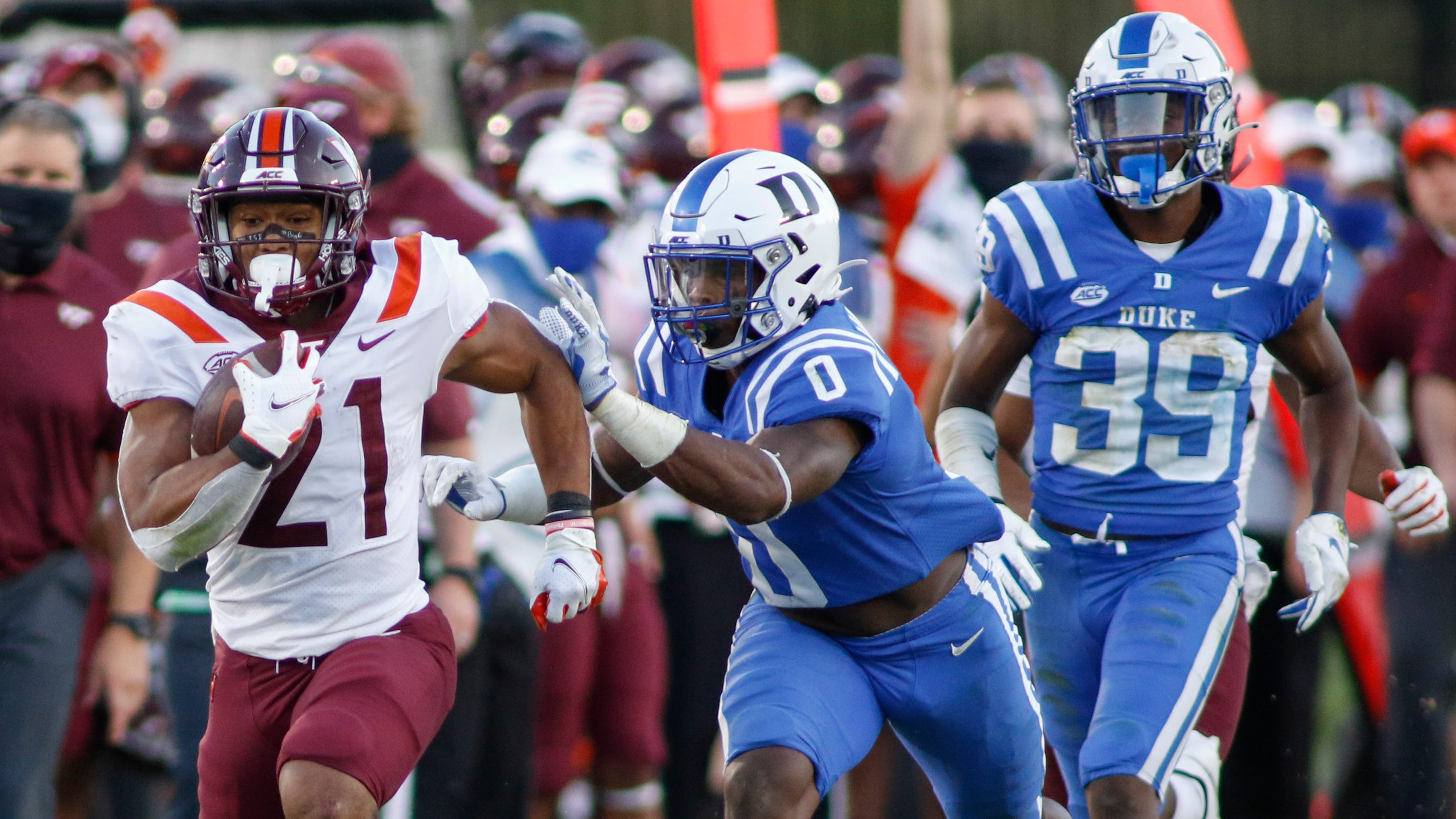 Already damaged by Oklahoma’s loss last Saturday to Kansas State, the odds of the Big 12 sending a team into the College Football Playoff took another major blow with TCU’s 33-31 win at Texas.

Maybe the result isn’t surprising: TCU is now 7-2 in the series since becoming a member of the conference.

That TCU’s defense was effective against Texas quarterback Sam Ehlinger is also unsurprising. Strongest in the secondary, the Horned Frogs’ defense held the senior to 6.6 yards per attempt and just 17 completions in 36 attempts — the second year in a row Ehlinger has failed to hit on at least 50% of his throws against TCU.

As with Oklahoma, which has time to get back into the playoff chase, Texas can still work its way back into contention by running the table from here, including when the two rivals meet later this month.

It’s just hard to imagine that scenario unfolding given what we’ve seen from Texas during the past two weeks, with the loss to TCU coming after a narrow win at Texas Tech.

The loss officially removes the entire league’s room for error. Even in a strange and shortened regular season, the Big 12 doesn’t have the credibility to put a two-loss champion into the top four. (Barring chaos across the Football Bowl Subdivision, which is always a possibility.) With the Sooners and Longhorns already in the loss column, the focus now shifts to Oklahoma State, which moved to 3-0 with an easy win at Kansas.

Who benefits when the Big 12 stumbles? That might be the Pac-12, which had a good Saturday while watching from the couch. Here are the rest of Saturday’s winners and losers in college football:

The Crimson Tide have a case for No. 1 after beating Texas A&M 52-24, the latest lopsided victory that was temporarily competitive after the Aggies’ entry into the SEC. That Alabama looks good enough to win the conference is not surprising, of course. But what’s most interesting about the team’s 2-0 start is the play of quarterback Mac Jones, who completed 20 of 27 attempts for 435 yards and four scores. The offense is as explosive as ever.

The Mustangs’ 30-27 win against Memphis redraws the race in the American. Winners of 17 of 20 since the start of last season, SMU joins Central Florida and Cincinnati as the top teams in the conference and one of the leaders for a New Year’s Six bowl. Now 4-0 for the second year in a row, the Mustangs are a quarter of the way through a formidable October: next comes Tulane on the road followed by Cincinnati and Navy at home.

No Power Five conference benefits more from the Big 12’s flop. With three playoff spots essentially occupied by the winners of the Big Ten, ACC and SEC — or Ohio State, Clemson and whichever team survives the SEC gauntlet — the Pac-12 has a chance at sneaking into the fourth spot in the semifinals recently held by Oklahoma. That does depend on two factors: one, if Oregon or Southern California can run the table, and two, if the conference is able to play out a seven-game schedule without any cancellations or postponements due to COVID-19.

The Gators now have two early contenders for the Heisman Trophy: quarterback Kyle Trask and tight end Kyle Pitts. Trask’s inclusion isn’t too surprising, given his play down the stretch of last season and preseason hype as a potential NFL first-round pick. While a preseason All-America selection, Pitts’ off-the-charts play through two games makes him the rare tight end to earn Heisman hype. Both were terrific in the Gators’ 38-24 win against South Carolina. Trask is already sitting with 10 touchdowns on the season. Pitts had four catches against the Gamecocks for 57 yards and two scores, giving him six on the year.

Virginia Tech’s wins against N.C. State and Duke have featured two dominant performances from a running game that has been mediocre for much of coach Justin Fuente’s tenure. After going for 314 yards on 7.7 yards per carry last Saturday against N.C. State, the Hokies ran for 324 yards and four touchdowns in beating the Blue Devils 38-31.

Down 29-24 with just under two minutes left, N.C. State went on a 79-yard, eight-play touchdown drive to beat Pittsburgh 30-29. For the Panthers, red-zone woes, a sluggish running game and that failed defensive stand doomed a shot at starting 4-0 for the first time since 2000 and earning a place in this week’s Amway Coaches Poll. The issues deep in opposing territory are nothing new for the Panthers’ offense, which has struggled in the red zone since the start of last season. The loss is a missed opportunity with games against Miami and Notre Dame still to come in October.

The Aggies’ return on investment with Jimbo Fisher’s $75 million contract is, well, less than optimal. While Fisher has recruited well and made the Aggies a lock for the preseason Amway Coaches Poll, the loss to Alabama illustrates the wide gap that continues to separate A&M from the best teams in the conference and FBS. While beating Alabama in any year is difficult, it wasn’t too much to ask for a more competitive performance in Fisher’s third season.

The rude SEC greeting given to first-year coach Eli Drinkwitz continued with Missouri’s 35-12 loss to Tennessee, a game that was briefly competitive in the second half but was largely dominated by the Volunteers. Now 0-2 with a loss to Alabama in Week 4 joining Saturday’s loss to Tennessee, the Tigers have yet to score a touchdown in the first half. It doesn’t get much easier: LSU is up next.

This might not be the worst team of the last decade of Kansas football but it’s in the conversation at this early point, which is a statement in itself of the lack of growth throughout the program since hiring Les Miles before last season. In the Jayhawks’ defense, the roster leans young at several key positions, including quarterback. There’s still no excuse for starting the year with a 15-point loss to Coastal Carolina, a 33-point loss to Baylor and a 40-point loss to Oklahoma State.