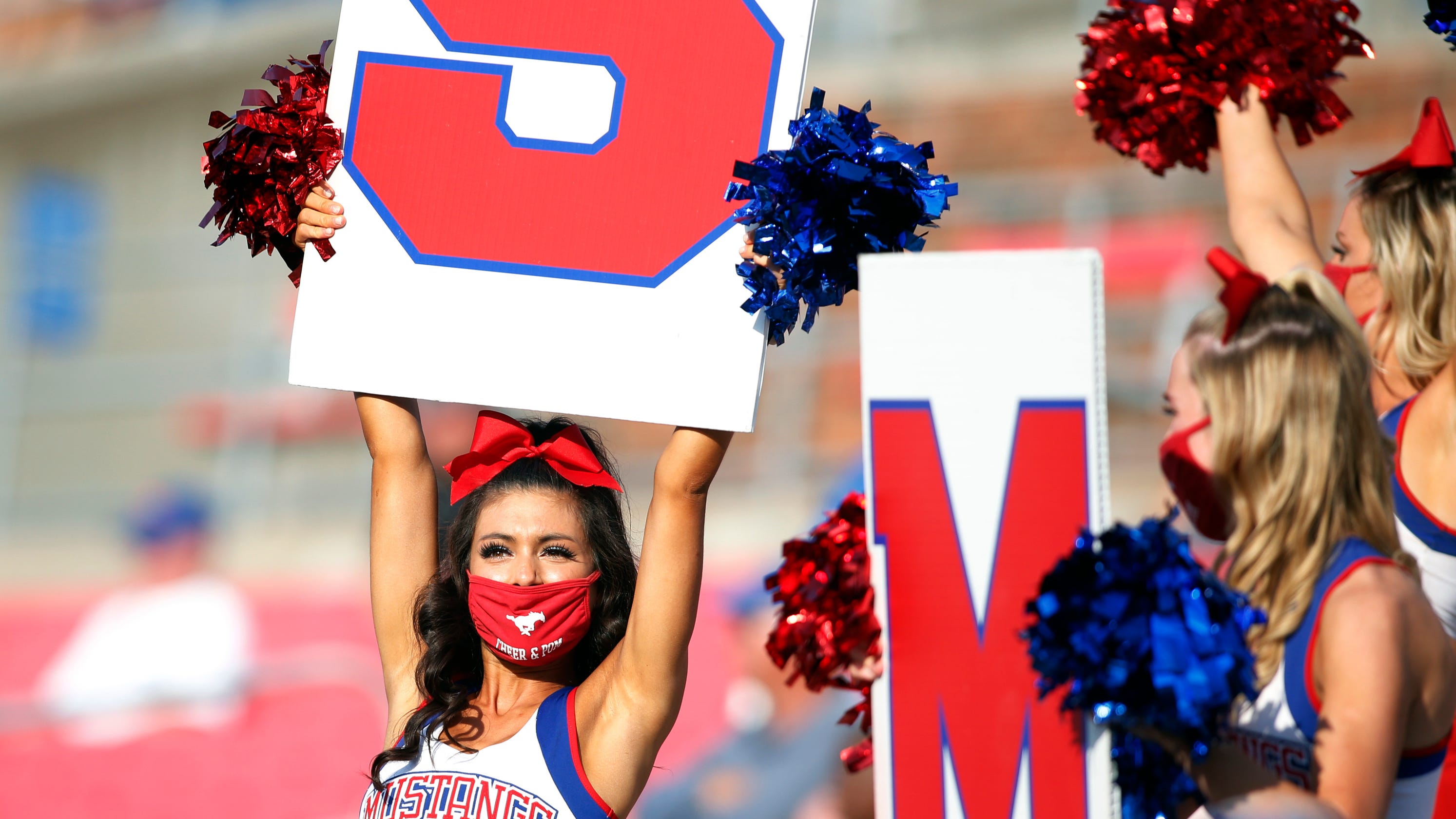 SMU student section broken up during Mustangs’ game against Memphis

The entire Southern Methodist University student section was broken up during Saturday’s game against No. 24 Memphis for failing to adhere to new rules surrounding COVID-19.

The section at Gerald J. Ford Stadium was split up by police after students — many of whom were not wearing masks — had formed a large group, failing to maintain six feet in distance from one another, the Dallas Morning News reported.

Police began to ask students to leave the section towards the end of the first half, and the crowd was eventually removed by the start of the second half.

“Following last week’s home game, SMU consulted with local government and health officials on our continued commitment to social distancing and masking to provide a healthy game day experience,” SMU said in a statement after a thrilling 30-27 win by the Mustangs.

“Throughout the week, we sent several reminders of the critical importance of following safety measures while attending the game. We also increased staffing in the student section to provide direction, monitor policy compliance and provide support.

“During the game, some students began to gather and disregard these safety measures. They were asked to spread out and mask when in close contact. After numerous attempts by staff and security to get the students to comply with these safety requirements, it became necessary to clear the area.”

SMU athletics said that while many students did leave, others relocated to socially distanced spaces in the stadium to continue watching the game in compliance.

“While no one at SMU wants to see fans leave, it is important to preserve our privilege to host games with fans in attendance during a pandemic,” SMU’s statement said.

“The health, safety and wellbeing of our fans and students is our highest priority and we must enforce safety requirements to the greatest extent possible and to operate as we have promised local officials. Our hope is that students will be able to return for our next home game and we will continue to work toward that goal.”

Analysis:: No. 9 Longhorns must start holding themselves accountable, before it’s too late

Saturday’s debacle comes just one week after SMU faced a similar problem in its home opener. Rick Hart, the SMU athletic director, addressed the situation in a public statement Tuesday.

“The majority of fans in the stadium behaved responsibly and were socially-distanced and masked,” Hart wrote. “That said, we will be working to adjust the behavior of a small subsection of fans who did not follow our pledge to protect, which was sent to all ticketholders.”

Hart also said that there would be increased security in Saturday’s game and that no more than 1,000 students would be allowed to attend.