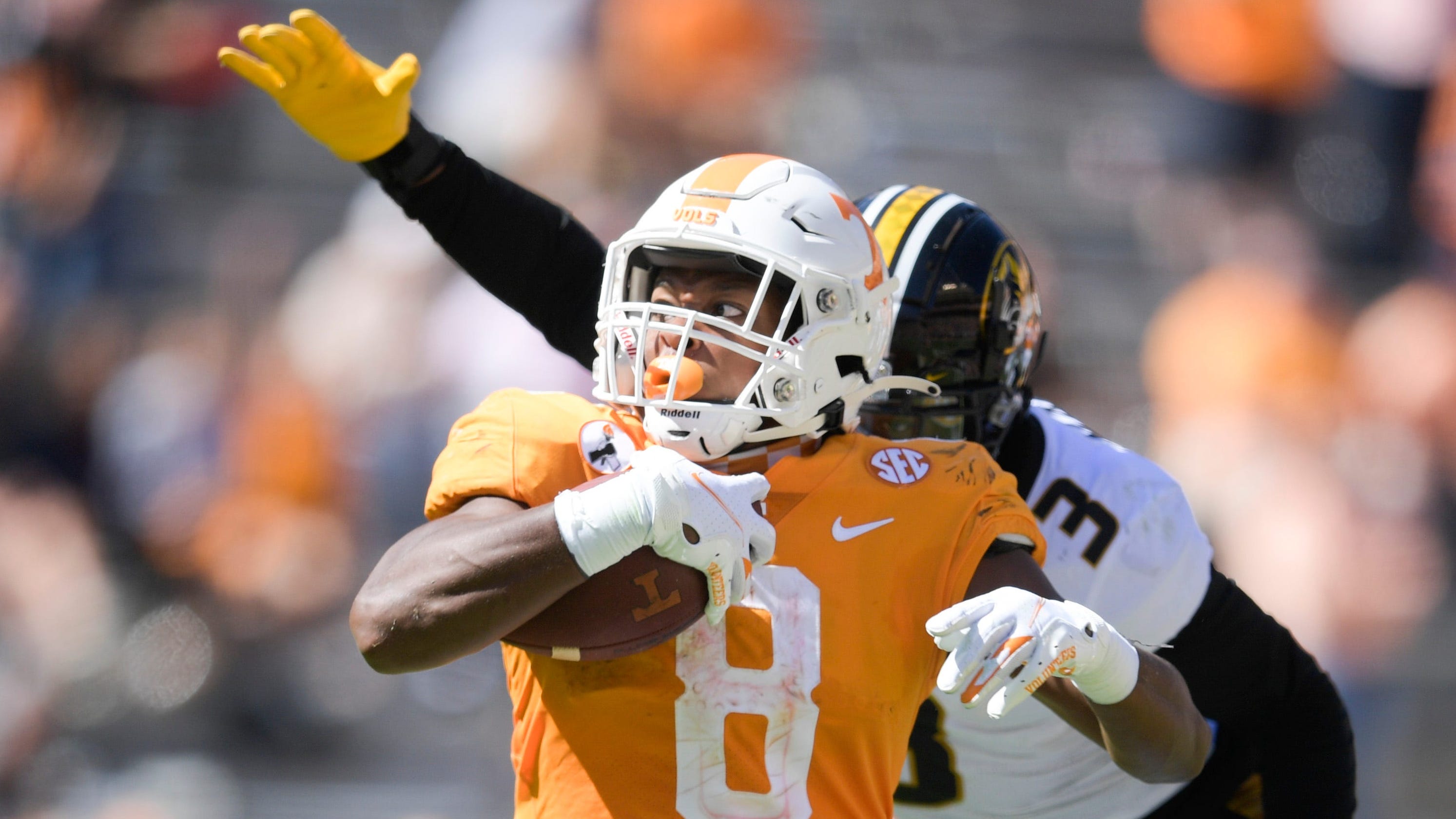 Tennessee’s ground game has football team looking ahead to Georgia

KNOXVILLE, Tenn. – It’s easy to get carried away with the first two weeks of Tennessee’s season. The Vols were supposed to be better than South Carolina and Missouri.

During Saturday’s 35-12 win over the Tigers at Neyland Stadium, though, general expectations rumbled toward fruition:

The Vols really are better this season.

How much better? We’ll find out soon enough against a vicious schedule that features Georgia and Alabama in two of the next three weeks. If Tennessee isn’t in a position to turn those rivalries in 2020, the Vols should at least be more competitive.

Here’s why: If you can run the ball and stop the run, you’re tough to beat at any level.

The Vols ran for 232 yards and four touchdowns against the Tigers on Saturday. Ty Chandler and Eric Gray totaled 195 yards on 35 runs. This was Tennessee’s plan, coach Jeremy Pruitt said, to run it even if it was against “bad looks” from Missouri. The Vols were able to do it anyway.

That’s a very positive sign, perhaps as good as any Tennessee team has had in years at such an early stage of a season.

“The first part of being good in the run game is you’ve got to do it,” Pruitt said. “You’ve got to say, ‘We want to establish the run game,’ and I felt like we did that.”

Tennessee’s run game so far this season has hinted at an ability to do something the Vols haven’t been able to consistently do for a long time – dictate terms of a game and control it physically.

The difference in Tennessee now vs. Tennessee at other promising crossroads in recent years is on the lines of scrimmage. That’s where games get decided in the SEC, and Pruitt knows it. He has built up front, and it’s starting to show.

After two weeks, the Vols’ defense has five sacks and is allowing 3.4 yards per carry.

And while the Vols’ offensive line looked good last week, Cade Mays’ debut Saturday makes for an even scarier group that used a few different rotations against Missouri.

“Cade is a great asset to this football team,” quarterback Jarrett Guarantano said. “We have eight or nine deep that are very good football players on the offensive line, so they can really be plugged anywhere.”

Said linebacker Henry To’o To’o, “We have the best offensive line in the country.”

Pruitt bemoaned the pass protection against Missouri, though he admitted, “We kind of controlled the line of scrimmage for a while.”

Truth is, this Tennessee offense shouldn’t have to rely on the pass too often.

With capable backs in Chandler (who is averaging 5.5 yards per carry) and Gray (5.4), if anything, the Vols should rely more on their running game – as they did against Missouri, after not doing it enough against South Carolina.

Simply managing a 31-27 victory in the Palmetto State last week was good enough, though the lasting impression was the Gamecocks lost that game more than the Vols won it. South Carolina would have had the ball with a chance for a game-winning score in the final moments had a punt not struck one of its players in the leg, allowing Tennessee to pounce on it.

It shouldn’t have come to that. The Vols blew a 14-point lead and then didn’t seize on fourth-quarter opportunities to put the game away (up seven late, why are you throwing, Jim Chaney?)

Not to nitpick. The Vols faced limited numbers in practices heading into this season. I get that, but it’s time to start discussing a higher standard. To express dissatisfaction with an SEC road win for Tennessee is a backhanded compliment – a nod to increasing expectations in Pruitt’s third season.

I believe those to be justified, even more so in Week 2. A door was left open at South Carolina, but it was not against Missouri.