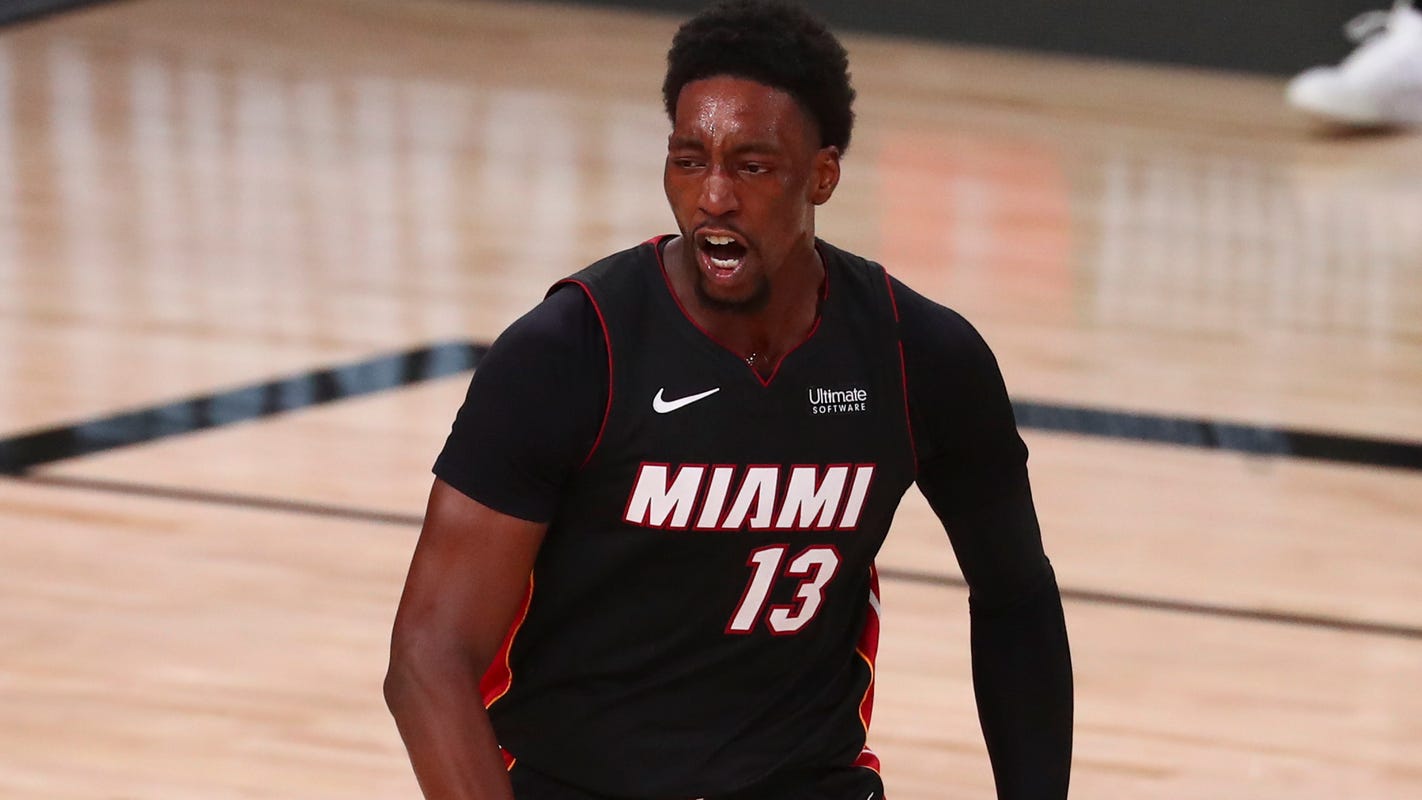 Could zone defense save staggering Heat against Lakers?

Carlisle, who coaches the Dallas Mavericks, offered his own explanation.

“As offenses become more and more skilled and potent, defensively you have to look for answers,” Carlisle said. “You have to try and slow down some of this epic offense we’ve seen the last couple of years. It’s really become out of necessity to take offenses out of rhythm.”

NBA teams are desperate to stop high-powered offenses, and the increase in zone defense has been noticeable in the playoffs. Miami, Boston, Toronto, the Los Angeles Lakers, Utah and Dallas are among the teams that employ a zone.

It would be helpful for Miami if center Bam Adebayo, who missed Game 2 with a neck injury, can play. He is the key to making Miami’s zone defense work as a rim protector and communicator along the back line of the zone. Miami has used zone in the Finals, but the Lakers have found ways to exploit it. On the other hand, the Lakers just have too much talent with LeBron James and Anthony Davis to play man-to-man.

“For us, it’s a scheme that we’ve used all season long,” Miami coach Erik Spoelstra said. “Some games we use it, some games we don’t. … We’re not just throwing it out there in this series not having used it during the season.”

What is a zone defense? Just what it says. Instead of guarding a player man-to-man and sticking with that player no matter where he goes on the offensive end, the defender is responsible for defending an area, or zone, on the court. There is a 2-3 zone with two players up top near the 3-point line, and three defenders guarding along the baseline and helping guard the perimeter. There are also 1-2-2 and 2-1-2 zones.

A zone defense is used more often in college, high school and youth leagues. The NBA had banned zone defenses, but that style returned in 2001-02 when the league eliminated its illegal defense rule. Coaches have slowly reinserted it, and Carlisle’s Mavericks used it against Miami in the 2011 Finals.

Just like man-to-man, it requires effort to play a zone. Players need to be active to get from area-to-area on the court.

The use of zone has increased just a small percentage, according to data tracking sites Synergy and Second Spectrum. But it’s enough to be noticeable and impactful.

Toronto coach Nick Nurse frequently uses zone defenses. He pulled out specialty zones against Golden State in the 2019 Finals and used zone against the Boston Celtics in the Eastern Conference semifinals.

“A lot of times when you’re using zone, it’s just to disrupt the rhythm, just to change the flow of what’s happening. It’s been pretty good at doing that for us,” Nurse said.

In the Western Conference finals between the Lakers and Denver, Los Angeles went to a zone after falling behind 97-77 with 10:36 remaining the fourth quarter. The Lakers stopped the Nuggets. During a four-minute stretch, the Lakers forced six turnovers and cut the deficit to 99-96. Denver scored once in nine possessions.

“The Lakers have great length at every position,” Casey said. “Even if they make a mistake, they cover it up with effort or their length. Also smarts. You have LeBron (James) back there who’s a quarterback and can read situations. The Lakers do a great job of talking. LeBron does a great job of communication, telling where guys are flashing and where they’re going.”

The zone disrupts the offense and prevents teams from running standing man-to-man offensive sets. It can work in stretches, but there are holes in zones that can be exposed.

The Lakers have done that against the Heat for several reasons. One of the keys to beating a zone is getting the basketball to a player at the free-throw line. It forces defenders to collapse on the ball-handler, which creates shots for shooters at the 3-point line.

Los Angeles has taken advantage of this by getting the ball to James in that area, and he is a gifted playmaker. He can pass, shoot or drive to the rim. The Lakers find the seams in the zone especially with Anthony Davis cutting to the rim for dunks.

But a zone might be Miami’s best chance – if Adebayo can play in Game 3. Spoelstra thinks the Heat can be even more competitive.