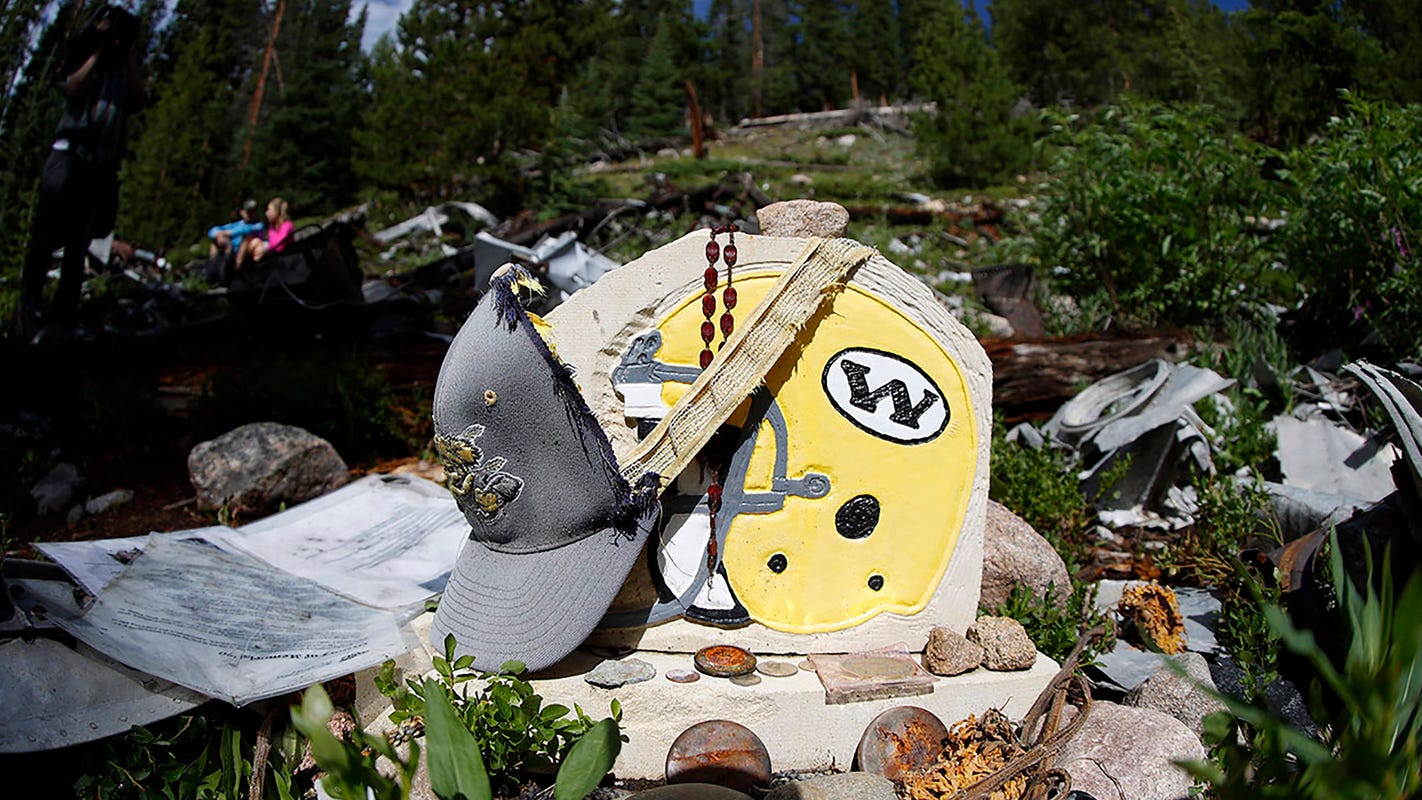 WSU football team plane crash was 50 years ago, but memories are vivid

Almost every day, Dave Lewis walks out onto his back deck, gingerly, because his left leg remains a medical textbook after six surgeries and four total knee replacements.

Lewis lives in Overland Park, Kansas, about six miles south of Interstate 70. He’ll gaze in the direction of I-70, which stretches west through 420 miles of Kansas, then to Denver. And beyond.

Lewis takes a list with him onto the deck. A list of the 31 people killed in the Wichita State football plane crash on Oct. 2, 1970. Fifty years ago.

“I honor their memory every day,” Lewis said. “I look up there and think of them.”

Rusty Featherstone, a retired Oklahoma State Bureau of Investigation agent, was Lewis’ teammate with those 1970 Wheatshockers. They are among the survivors who have spent half a century honoring the memory of those who died.

“We had friends we were losing in Vietnam, but nobody expected a bunch of guys to go play a Saturday afternoon football game not arriving,” Featherstone said.

The gold and black planes

It’s been 50 years since the Shockers departed for Logan, Utah, and a game against Utah State. Fifty years since one of the planes took the traditional route from Denver after a fuel stop, and the other plane took a scenic route.

The scenery ended in the canyon of Mount Trelease, above where the Eisenhower Tunnel was being constructed around I-70, 60 miles west of Denver.

For 50 years, Featherstone has remembered not just the names and faces, but the spirit behind those names and faces. He still breaks down when talking about his friends who never made it to Logan. 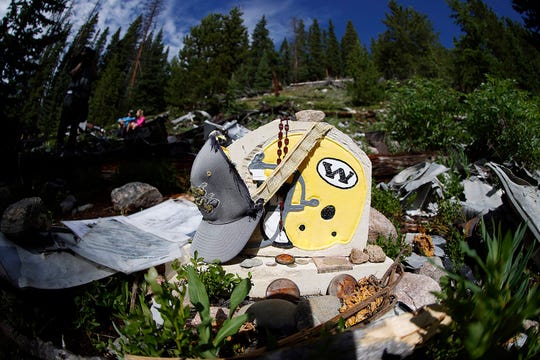 “I could talk for hours about my memories,” Featherstone said. “Guys we lost who didn’t get to live their lives. Not only were they just great young men, friendly to everyone, and amazing athletes, they also were too young to die while they had so much to offer.”

Featherstone grew up in Oklahoma with Johnny Duren, who played wide receiver for WSU. By the time Duren graduated from high school, he was “a superstar,” Featherstone said. “Class president. National Honor Society member.”

As Wichita State sophomores, both had made the starting lineup the week of the Utah State game. The Shockers traveled in two planes. The starters generally flew on the gold plane, but Featherstone mistakenly was still assigned to the black plane for the trip.

When the planes stopped for fuel in Denver, the players stretched their legs on the tarmac. Duren told Featherstone there was an empty seat on the gold plane. But Featherstone was winning a hot and heavy game of spades; he wanted to see it through.

“I stayed where I was,” Featherstone said. “That was the last time I saw Johnny.”

‘He knew something was wrong’

Lewis was on the gold plane. He was a defensive end from Duncan, Oklahoma, and had NFL aspirations. Lewis and Donnie Christian had been best friends in Duncan.

“Donnie was the strongest guy I ever met,” Lewis said. “He was a chick magnet. All the girls loved him. He was a good guy. There was never a cross word said between us.”

Lewis was sitting in the back of the gold plane, having migrated there in hopes he might entice a flight attendant to sit by him. Christian sat two rows ahead of Lewis. When the plane entered the canyon, and the Rocky Mountains suddenly loomed near, and the pilot started banking, desperately trying to buy time, Christian looked back at Lewis.

“He knew something was wrong,” Lewis said.

Nine people survived the crash. Lewis said all the dead were wearing seat belts. They were thrown with their seats. Lewis’ seat belt was off. He was thrown onto a pile of mangled mess.

Lewis’ leg was so badly damaged, his foot was hanging sideways. He started throwing up blood. Years later, Lewis learned that teammate Mike Bruce, another survivor, pushed him through a hole to exit the hell of the crash. Lewis was lying on the ground when he realized all of his clothes were gone, shorn off by the trees. Like everyone else, he was cut and burned.

Some of the survivors started down the mountain, seeking help. Lewis, wearing only a necktie and still in shock, tried to scoot down. Miners building the tunnel had seen the crash and were headed up to help. Lewis doesn’t know how far he got before those miners found him.

Lewis and teammate Glenn Kostal were placed in a miner’s shack so they could lie down. They noticed a phone.

So Lewis called his mother in Duncan. She answered, and her son explained what had happened. His mother turned hysterical, crying and yelling. She also asked a question.

For 50 years, those Shockers have assembled in October to commemorate the lives lost. They met again Friday on the Wichita State campus, more than 30 strong, along with dozens of friends and family of victims and survivors.

“We always thought the 50th would be the biggest” reunion, Featherstone said. “But of course, nobody planned on COVID. 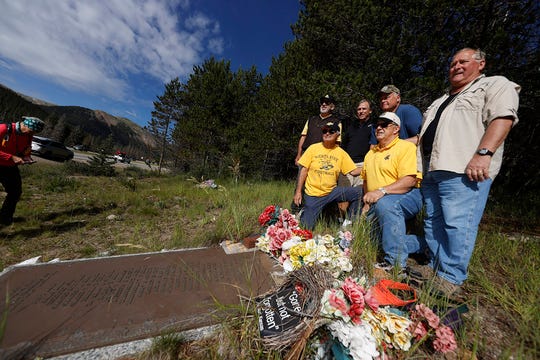 Members of the 1970 Wichita State football team gathered at the site of the 1970 plane crash, near a memorial for their teammates who died. (Photo: David Zalubowski, AP)

“We [reminisce] to remember and honor our friends and to renew our relationships with each other. While we mourn those we lost that day, we also focus on those who survived the crash. All of these people were changed forever, but we have stayed very close all these years.”

Many of the 1970 Shockers have traveled to the crash site over the years, making the difficult climb to shed tears, leave mementos, offer prayers.

Dave Lewis dug up a small pine tree and replanted it in his Overland Park yard.

This might be the end of the official Wichita State survivor gatherings. They are getting older. Some have died. Some are in poor health. They know that at some point, the memorials and memories will burn only in their souls.

“They are still greatly missed to this day,” Featherstone said.