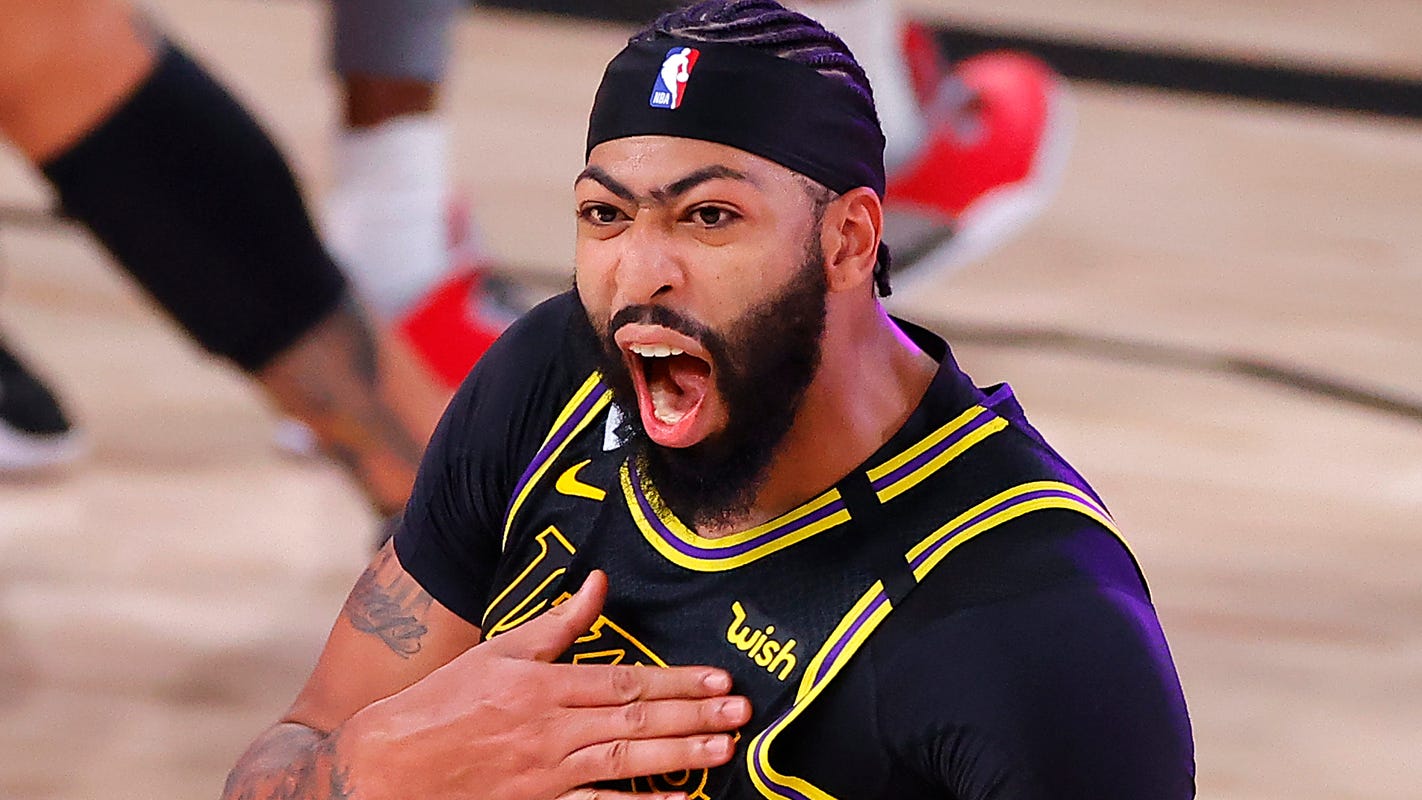 By this point, the message might not sound hyperbolic. When Los Angeles Lakers veteran guard Rajon Rondo gives his pre-game message to All-Star Anthony Davis, the words actually have a hint of truth to it.

“He’s unstoppable. So before every game, I tell him to score 75 points,” Rondo said in a serious tone. “He’s fallen short a couple of times.”

Of course, Davis has fallen short of that goal every time. Only Wilt Chamberlain (100) and Kobe Bryant (81) have ever scored that many points in an NBA game.

Nonetheless, Rondo’s point is well taken. Davis has become so dominant as of late that teammates cannot help but envision him performing the spectacular. So while that 75-point goal remains too ambitious, another milestone seems pretty well within reach.

With the Lakers holding a commanding 2-0 series lead against the Miami Heat in the NBA Finals, not only has Davis set himself up to win his first NBA championship – he appears heading towards  a Finals MVP award.

“His mindset is he wants to be a champion,” Lakers coach Frank Vogel said of Davis. “He’s extremely motivated to play at a high level, and you’re seeing it every time he steps on to the floor.”

Some needed caveats here. The Heat will not give up, and still remain capable of making this a competitive series. Though Miami has become undermanned, Goran Dragic (foot) and Bam Adebayo (neck) could return for Game 3 on Sunday. Barring an unforeseen injury, though, the Lakers have not shown any signs they will squander their chance to win their 17th title overall and first since 2010. That leavesDavis and LeBron James as the MVP frontrunners.

In Game 1, Davis joined James, Kareem Abdul-Jabbar and Dwyane Wade as the fourth player in NBA Finals history to post at least 34 points, nine rebounds, five assists and three blocks in a game. Davis also recorded the fourth-most points in a Finals debut since the 1976-77 season.

“He’s damn near playing like the best player in the game,” Rondo said of Davis. “Hands down. I’m very fortunate he’s on our team this year.”

Anthony Davis was hyped after knocking down the game-winning 3 for the Lakers. (Photo: Kevin C. Cox, Getty Images)

Sure, the Lakers could say the same thing about James in the Finals. He has remained the team’s leader by harping on his teammates not to overly celebrate in the midst of a dominant Game 1 performance. He said he has stayed up until 4:30 a.m. to dissect footage. And on the court, James has had near triple doubles in Game 1 (25 points, 13 rebounds, nine assists) and Game 2 (33 points, nine rebounds, nine assists).

“Both of them are playing at such an elite level,” Vogel said, “and both of them extremely determined to win a championship.”

Even accounting for James aggressiveness and playmaking, however, Davis has simply taken his game to another level. Davis so far has had the edge over James in points (33, 29), shooting percentage (63.7%, 54.5%), rebounds (11.5, 11) and blocks (1.5, 1.0). While James has assumed the playmaking role per usual with a Finals-leading 9.0 assists, Davis has expanded his offensive game. Davis has mostly dominated in the post, but he has also punished the Heat with a dependable 3-point shot (a combined 3-of-5) and a mid-range jumper.

Of course, Davis and James have at least two more games, if not more, to state their case for MVP. But don’t expect this to be a source of conflict between the two after James won three during his three previous title runs in Miami (two) and Cleveland (one).

Said James: “We want the best, seriously, every single day, both on and off the floor, for one another. We’re just not jealous of one another. I think that you align that with respect, I think the sky’s the limit.”

Said Davis: “I’m not jealous of him, he’s not jealous of me. I think it shows on the court. Obviously, that can always creep in when you’ve got, like you said, two alpha males on the same team. But I think when you’ve got two guys who are very selfless and want to win as bad as both of us want to, the rest of it goes away.”

Therefore, expect this trend line to continue. After all, James insisted the Lakers make Davis the offensive focal point when the Lakers acquired him last summer from New Orleans. Since then, Davis has shown an increased willingness to increase his aggressiveness, while listening to his teammates to push him further.

“My expectation level for him is high,” Rondo said. “The sky is the limit.”