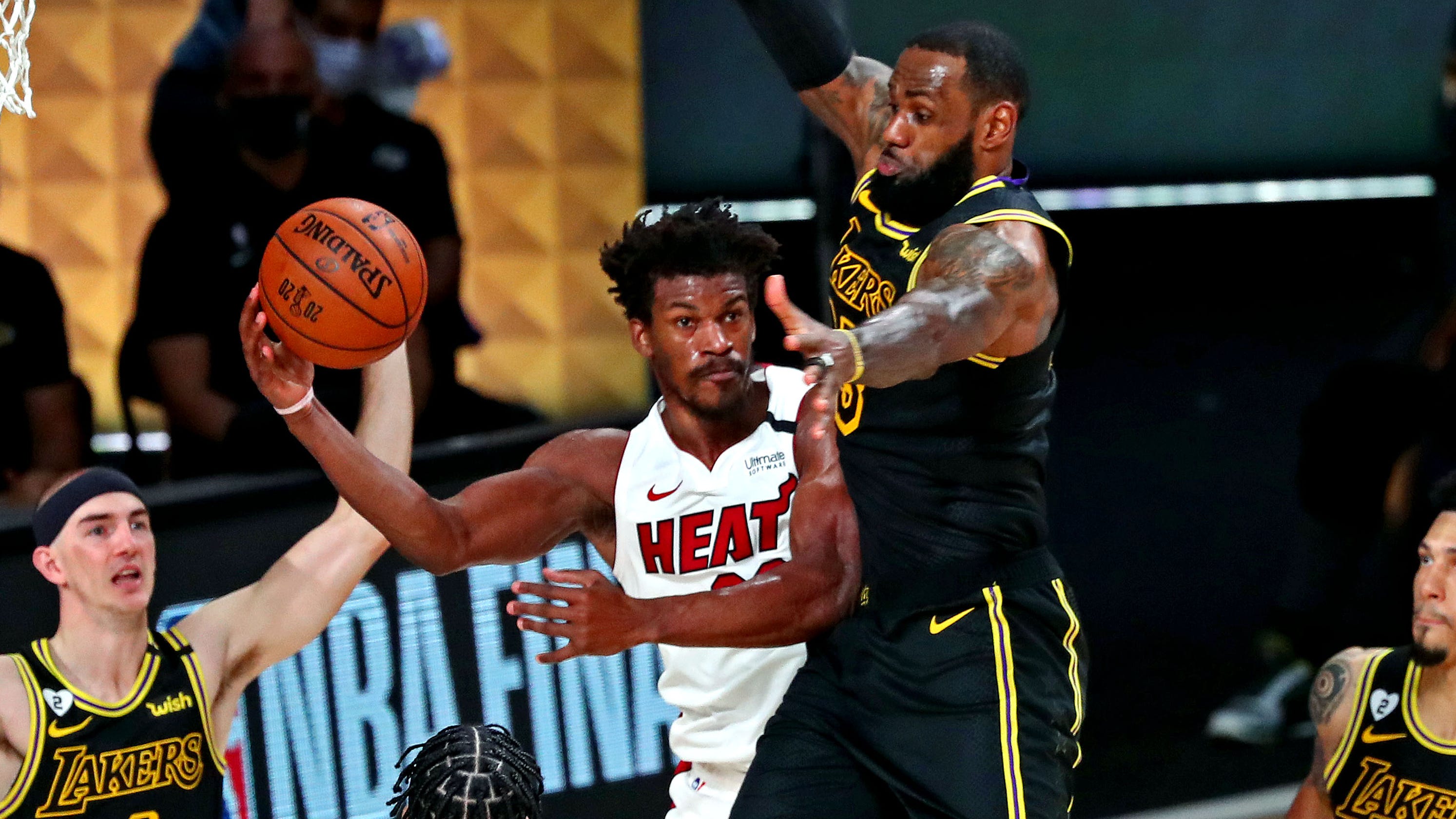 Heat not looking for sympathy down 0-2 vs. Lakers

Besides, as he told reporters following the Los Angeles Lakers’ 124-114 victory over Miami in Game 2 of the NBA Finals on Friday, “We don’t give a (expletive) what everybody else thinks.”

Just a few days ago, Lakers vs. Heat had the promise of competitive Finals. Both teams rolled through the playoffs and were 12-3 headed into the Finals. Though they used different styles to get where they are, they are well-coached with talent.

But that promise of competitive, or at least compelling, series — multiple NBA experts predicted a seven-game series — evaporated into the thick central Florida air when Miami’s Bam Adebayo and Goran Dragic sustained injuries in Game 1.

“We don’t give a (expletive) what everybody else thinks,” Erik Spoelstra said of his Heat team. pic.twitter.com/yWzKUmL3rJ

Through no fault of anyone’s, the series is a dud, a disappointing finish to what was an entertaining playoffs in a bubble. It’s just impossible for a team to lose two starters — its second- and third-best players — and have a chance to beat a Lakers team featuring LeBron James and Anthony Davis.

“We’re going to fight, and we’re going to ride with this thing until the wheels fall off,” Heat All-Star Jimmy Butler said. “It’s not over. We’re just down 0-2, so we got to do something special. We’re capable of it, and I wouldn’t want to be in the trenches with any other guys except for the ones that we have.”

If only we could all be as confident as Butler. He is also realistic.

“Like I said at the beginning of this thing, we got to play damn near perfect in order to beat those guys over there,” Butler said. “We have yet to do it and if we don’t do it soon, it’s not going to be pretty.”

Jimmy Butler says the Heat still have plenty of belief, but reiterates to come back in the #NBAFinals they have to play “damn near perfect in order to beat those guys over there.”

There are parts of Friday’s game that encouraged Spoelstra. The Heat outshot the Lakers from the field, on 3-pointers and from the foul line.

“I love a lot of the things, the way we competed tonight, but I think another level would have put us in a position to have an opportunity, a real opportunity there at the end and that’s what you want,” Spoelstra said. “That’s part of the process of learning how to get to that next level. So we got some time tomorrow to review it, own it and get better. …

“Our guys brought it and, look, if it ends up being whatever it was 10, 12-point game, then we need to make up 10, 12 points to overcome that. Thirteen, 14 points, to make sure we get the win. That’s what we’ll get to work on. But, look, I love these guys. I love the way we compete. We have to figure out how to overcome this and get over the top.”

Even if Adebayo returns for Game 3, that’s one massive challenge against the Lakers.

Jimmy Butler and the Heat face long odds to get back into the series. (Photo: Kim Klement, USA TODAY Sports)

This isn’t the way the Heat preferred the series play out so far, just like James wanted Kyrie Irving and Kevin Love on the court with him in the 2015 Finals, but injuries derailed that. Or the way Kevin Durant and Klay Thompson were sidelined with injuries in the 2019 Finals.

Injuries stink. Even the Lakers are bummed about that. But it’s the way it goes. Those injuries become just footnotes in the larger context. We don’t remember the losers as much as the winners.

The Heat can’t afford to lose Game 3. It’s already a brutal climb up the mountain, they don’t want to trail 3-0 with James sensing his fourth championship and Davis on the precipice of his first.

But don’t feel sorry for Spoelstra or the Heat.

“What will it take? Whatever is necessary. It’s simple as that,” Spoelstra said. “If you want something badly enough, you’ll figure it out. Our group is extremely stubborn, persistent, and we just need to figure out how to overcome this opponent. And that we respect the quality, high quality of opponent that we’re playing, you got to figure it out and overcome it.”