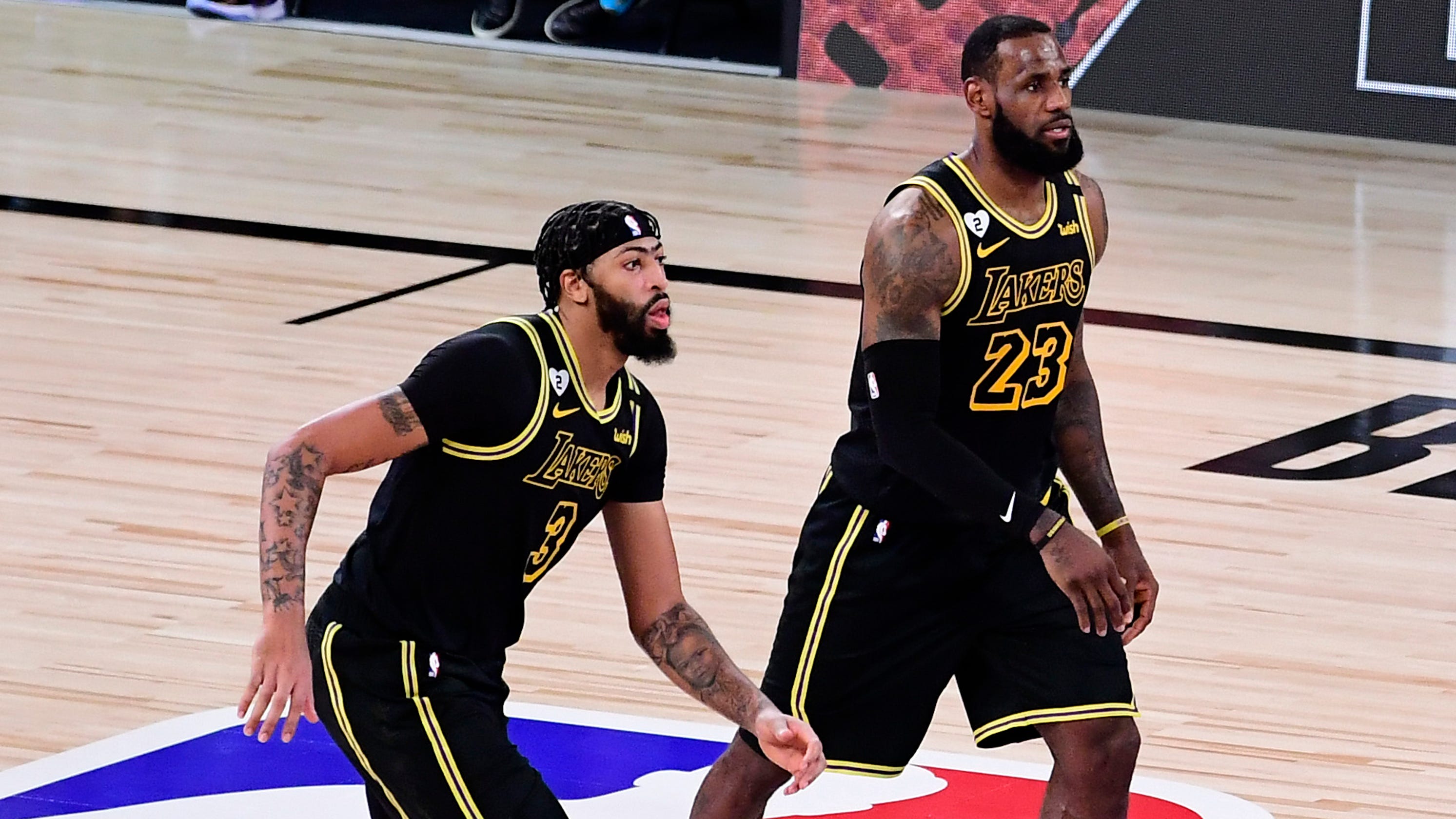 The Los Angeles Lakers stars yelled at each other over a missed defensive assignment. Signs of discord between LeBron James and Anthony Davis? Hardly. Instead, it showed how the two do not shy away from holding each other accountable.

The Lakers cruised to a 124-114 win over the Miami Heat in Game 2 of the NBA Finals on Friday for a commanding 2-0 series lead. And yet James and Davis were upset the team could have played even better while the Heat struggled without an injured Goran Dragic (foot) and Bam Adebayo (neck).

“We were both frustrated that we had multiple coverages that were blown tonight. It was just all piling up and we just kind of had that moment, put it behind us and kept playing,” Davis said. “It’s not always going to be pretty. It always seems like everything is good with me and him, and we do have our times where we do yell at each other and we do argue, but we know it’s coming from a good place, so we get over it quickly and move on to the next play. We are just two guys that really want to win and have a love for the game.”

James (33 points, nine assists and nine rebounds) and Davis (32 points, 14 rebounds) became the first Lakers teammates to score at least 30 points each in a Finals game since Kobe Bryant (36) and Shaquille O’Neal (35) dominated in a Game 3 win over the New Jersey Nets in 2002.

LeBron James is “humbled” by any comparisons of him and Anthony Davis to the three-peat Lakers duo of Shaquille O’Neal and Kobe Bryant. #NBAFinalspic.twitter.com/I7Y2oWrVv4

Davis described Bryant and O’Neal as “the best duo we’ve seen” after the pair won three NBA championships in four Finals appearances. James echoed that, saying they became “the most dominant duo that I have personally seen in my life.” But just as James and Davis showed in a brief moment in Game 2, Bryant and O’Neal often expressed their disagreements openly.

Well, not exactly. Earlier this week, Davis said he does not envy James at all apart from his three NBA titles. After the Lakers acquired Davis last summer from the New Orleans Pelicans, James pleaded with the Lakers to make Davis the team’s primary offensive focal point. But both players have held each other accountable for mistakes, and have motivated each other to bring the best versions out of themselves.

No wonder James said, “I can’t even believe I’m up here talking about myself and AD with Kobe and Shaq.” But James said it not because of the players’ personality differences. He said that out of deference to what Bryant and O’Neal accomplished.

“Very humbling, because I know I grew up watching those guys,” James said. “I grew up admiring Kobe; obviously, a kid coming straight out of high school. Admired that as a kid when I was young, and obviously got the opportunity. And the force that Shaq played with. It’s very humbling that we can be even mentioned with those greats.”

Bryant won three of his five titles with O’Neal. O’Neal won three out of his four titles with Bryant. After winning his fourth title with Miami in 2006, O’Neal bragged about his superior ring count over Bryant. After he collected his fifth ring in 2010, Bryant gloated he had one more than O’Neal.

Don’t read too much into it if you see LeBron James and Anthony Davis arguing on the court. Per AD, those occasional heated exchanges arise from being “two guys who really want to win and have a love for the game.” pic.twitter.com/59qwHnHBTG

James eventually supplanted Bryant for third place on the league’s all-time scoring list this season. But James, who led the NBA this season in assists (10.2), has cemented himself as a pass-first player while having enough versatility to play all guard and forward positions. Davis has emerged as one of the NBA’s most dominant post players and defenders mostly at the power forward spot and occasionally at the center position.

“He’s Kobe because he handles the ball,” Davis said, “and I’m Shaq because I play in the post.”

Does James see himself in O’Neal and Davis in Bryant as well?

“If you look in the sense of the size and the power and the speed that Shaq at his size played with, you could look at my game throughout the course of my career and say that,” James said. “Then you look at the elegance and the ability to shoot the ball and the ability to play in the paint as well as post up and get to the perimeter, I guess you can say that you can have some of AD’s game that could compare to Kobe’s game in that sense. All four of us are all different positions. Kobe was a natural two-guard. I’m kind of a whatever position. Shaq is a center. AD is kind of a hybrid, as well. But I guess all four of us, we have a winning mentality and we just tried to make enough plays.”