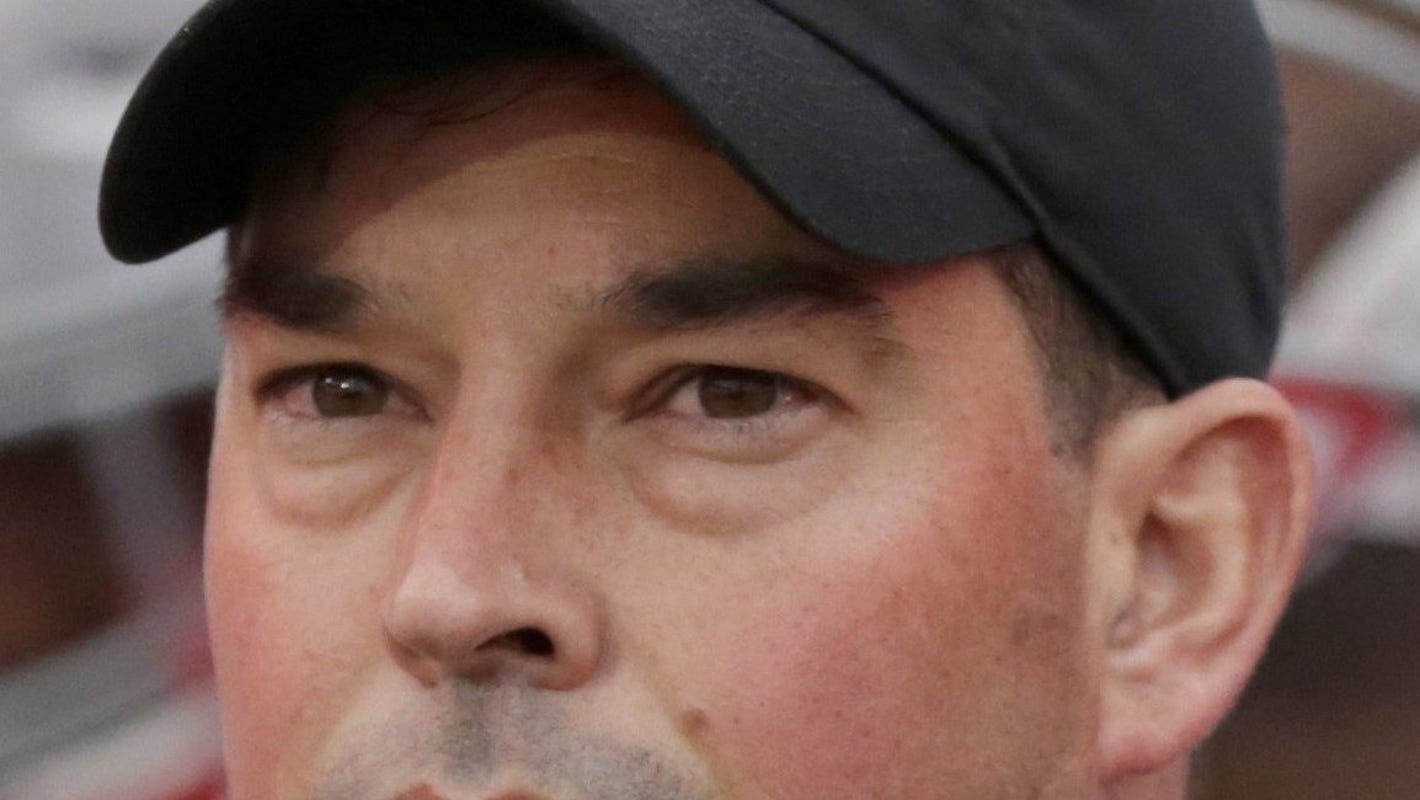 COLUMBUS, Ohio – Those in the Ohio State football program are taking COVID-19 so seriously that some coaches are not staying in their own homes as a safeguard against contracting the virus, coach Ryan Day said Friday.

On the day President Trump announced he had contracted the coronavirus, Day detailed the lengths to which the Buckeyes are trying to protect themselves and others from COVID-19.

“This has been a difficult time because we understand the ramifications and the consequences for our health, but also just in terms of playing a season, of testing positive,” Day said in a conference call. “That’s for the players. They’ve made great sacrifices.

“But it’s also for the coaches. For those of us who have school-age children at home, it’s very, very difficult. To make sacrifices, some of us are not sleeping in our homes.”

Day has three children at home. He said he wears a mask inside their house and that his family spends time together outside as much as possible.

Day said he is letting coaches and staffers decide for themselves what’s the best plan for their situations. But for those who have kids in school, there are no easy solutions. Youth sports are also now being played, adding to the potential exposure, he said.

Day said those in the program feel secure inside the Woody Hayes Athletic Center. The 120 players and about 50 others, including coaches, are tested daily. They get results within 15 minutes. Anyone who doesn’t test negative is sent home for follow-up testing.

“When we’re in the building, we feel really, really safe,” Day said. “It’s a great feeling to know in this building, when you’re around our bubble right here, you’re good.

“But once you leave here, everything changes. Honestly, it’s scary, because it can ruin your whole season, just like that, in one day with one exposure.”

Vigilance is necessary, and Day reminds everyone daily not to let down their guard.

“Sometimes, the coaches and the players look at me, like, ‘Coach, I know. We have to be smart,’ ” Day said. “But if you get tired of it and you take a deep breath (and get careless), it’ll get you real fast.”

Quarterback Justin Fields said players are abiding by the safety protocols because they know what’s at stake. He said he stays in his apartment with his French bulldog, Uno, as his only company.

“Coach Day is constantly reminding us that we should stay socially distanced and try to stay away from as many people as possible,” Fields said. “He also said the other day the closer it gets to the season, the more risk you have. I think the team understands that.

“I don’t think it’s that big of a sacrifice to the team, because I think everybody on the team is committed to playing the season. We all want to do well. We know in order for us to do well, we have to first take care of ourselves and make sure we’re staying COVID-free. I think it’s a small sacrifice for a big reward.”