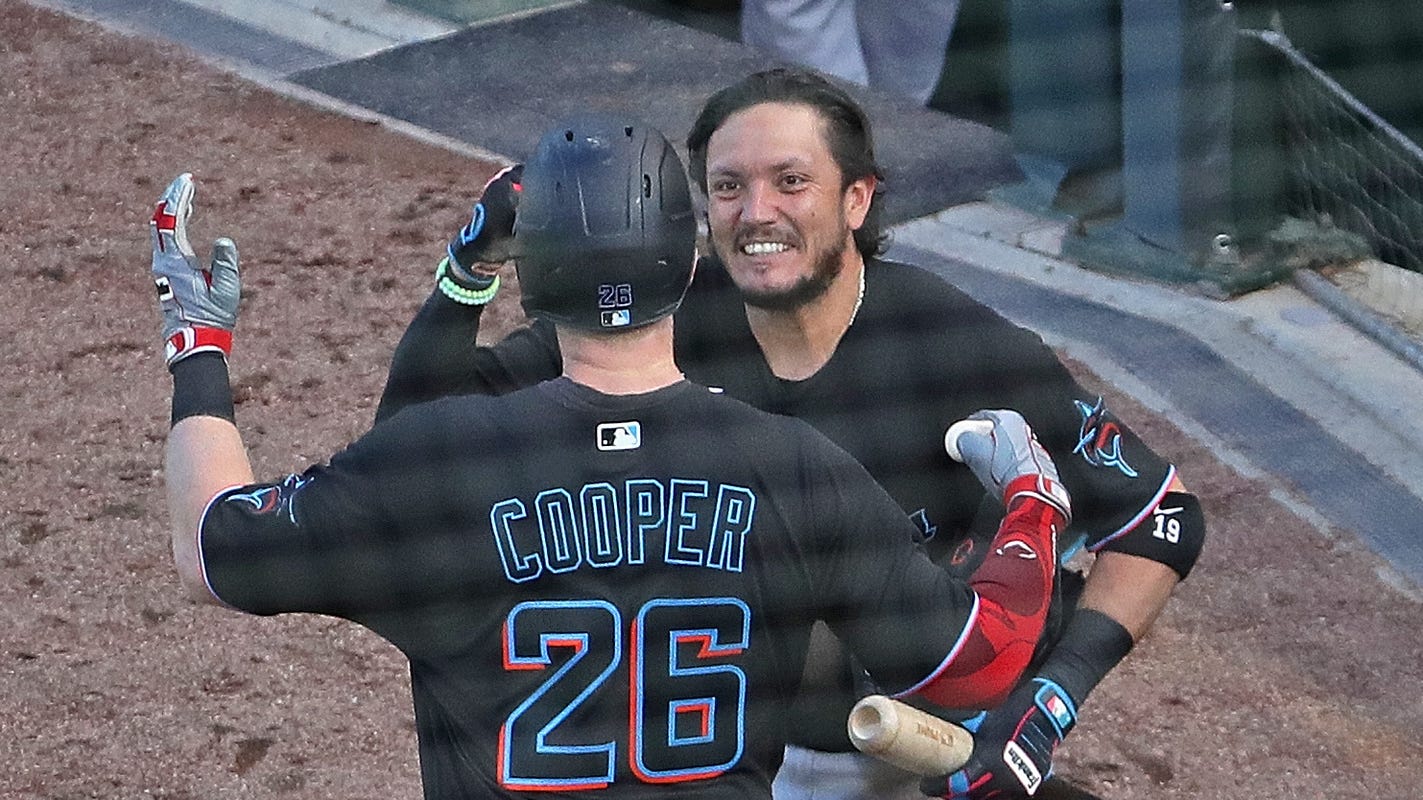 In any year, the Miami Marlins dismissing the Chicago Cubs from the playoffs would be a big deal. Be it pedigree or payroll – and this year, the Cubs’ estimated $191 million outlay was nearly triple the Marlins’ $70 million – the game has its expectations, and they’re never high for the constantly rebranding club from South Florida.

In 2020, however, a year defined not by expectations but survival, what unfolded at Wrigley Field was nearly unfathomable.

On the same day President Donald Trump confirmed he is suffering from the novel coronavirus, the team that was waylaid by it in July continued its stunning revival. On the strength of another imposing outing from rookie Sixto Sanchez, and a home run from a young slugger sidelined in the team’s coronavirus outbreak, the Marlins defeated the Cubs 2-0 to sweep their National League wild-card series.

Miami advances to the NL Division Series against the Atlanta Braves, beginning Tuesday at Houston’s Minute Maid Park, continuing this otherwise wayward franchise’s uncanny ability to win postseason series. They’ve never lost one, claiming World Series titles in 1997 and 2003, each eventually followed by painful teardowns that dispatched the greatest players from those teams.

YANKEES: New York has what it takes to end World Series drought

These Marlins more closely resemble the largely anonymous clubs that followed in the footsteps of those champions. Yet they may be the most notorious of them all, given what they’ve overcome.

Eighteen Marlins players were erased from the roster just three games into this 60-game season after testing positive for the coronavirus. The club retrenched with a motley mélange of replacements, internally, externally and off baseball’s proverbial street, and immediately won five in a row.

Meanwhile, as the first major sports team with a COVID-19 outbreak, they endured a hail of innuendo and blame.

“All the stuff that happened to us, honestly, it felt like the narrative about us was just not fair,” manager Don Mattingly said Friday. “The narrative of strip clubs and guys being out, it’s just not true. And we had to wear it.

“But these guys believed.”

Perhaps they would not have made the playoffs had Major League Baseball not expanded the field to 16 to generate extra revenue and also ensure no club missed a playoff spot due to inequities created by COVID-19.

The Marlins got in by finishing 31-29 and in second place in the NL East. Yet those simple qualifiers belie the grander struggle.

After the team was stranded in Philadelphia as positive tests accumulated and pitchers stayed sharp by throwing socks into mattresses, a compressed schedule dictated that they play 28 games in 24 days. The club survived it with essentially three squads – the 13 players on the opening-day roster who avoided COVID-19, the slew of replacements summoned to fill the gaps, and a smattering of call-ups.

None were as important as Sanchez, who showed why yet again Friday.

The 22-year-old who grew up idolizing Pedro Martinez in the Dominican Republic ran his fastball up to 100 mph, neutralizing an already flaccid Cubs offense over five innings. He avoided the command issues that dogged him in his final two regular season starts, striking out six Cubs over five innings, giving up four hits and walking two.

He needed just one helping hand – a perfect throw from right fielder Matt Joyce, who threw out Willson Contreras trying to score from second on a broken-bat single in the fourth, short-circuiting a Cubs rally that began with two Sanchez walks.

In an era where starting pitchers are often marginalized, the Marlins handed the ball to young fireballers Sandy Alcantara – who gave up one run in 6 1/3 innings of Game 1 – and Sanchez and got out of the way.

“I’ve been watching the playoff games,” says Mattingly, “and it seems a lot of these games are bullpen games, bullpen games. We’re a little different. We trust our starters. Go out, stay on the attack, make pitches, just compete.”

Meanwhile, the Marlins were helpless against Cubs starter Yu Darvish until Garrett Cooper drove a Darvish pitch into the Wrigley Field wind and over the left field fence in the seventh. Magneuris Sierra tacked on an RBI single.

“That’s the best feeling I’ve had in my career,” says Cooper, who was sidelined from July 25 to Aug. 28 after testing positive for the corona. “For what we went through, to put this team through to the next round, it was not just me, it was everybody.

“To have the year I did, to come back from COVID, from injury, it’s not something I’d ever thought I’d have to deal with. It makes it sweet. You saw how happy everybody was. Running around the bases, you’re just floating. It’s just something you can’t explain.”

Four relievers picked up the rest for Sanchez, with Brandon Kintzler recording the final out that sent them on to the NLDS – and continued a year that has defied all expectations.

“This team had so many ups and downs, the issues we had with the coronavirus, and we never gave up,” Sierra said through a translator.

“And look where we’re at right now.”