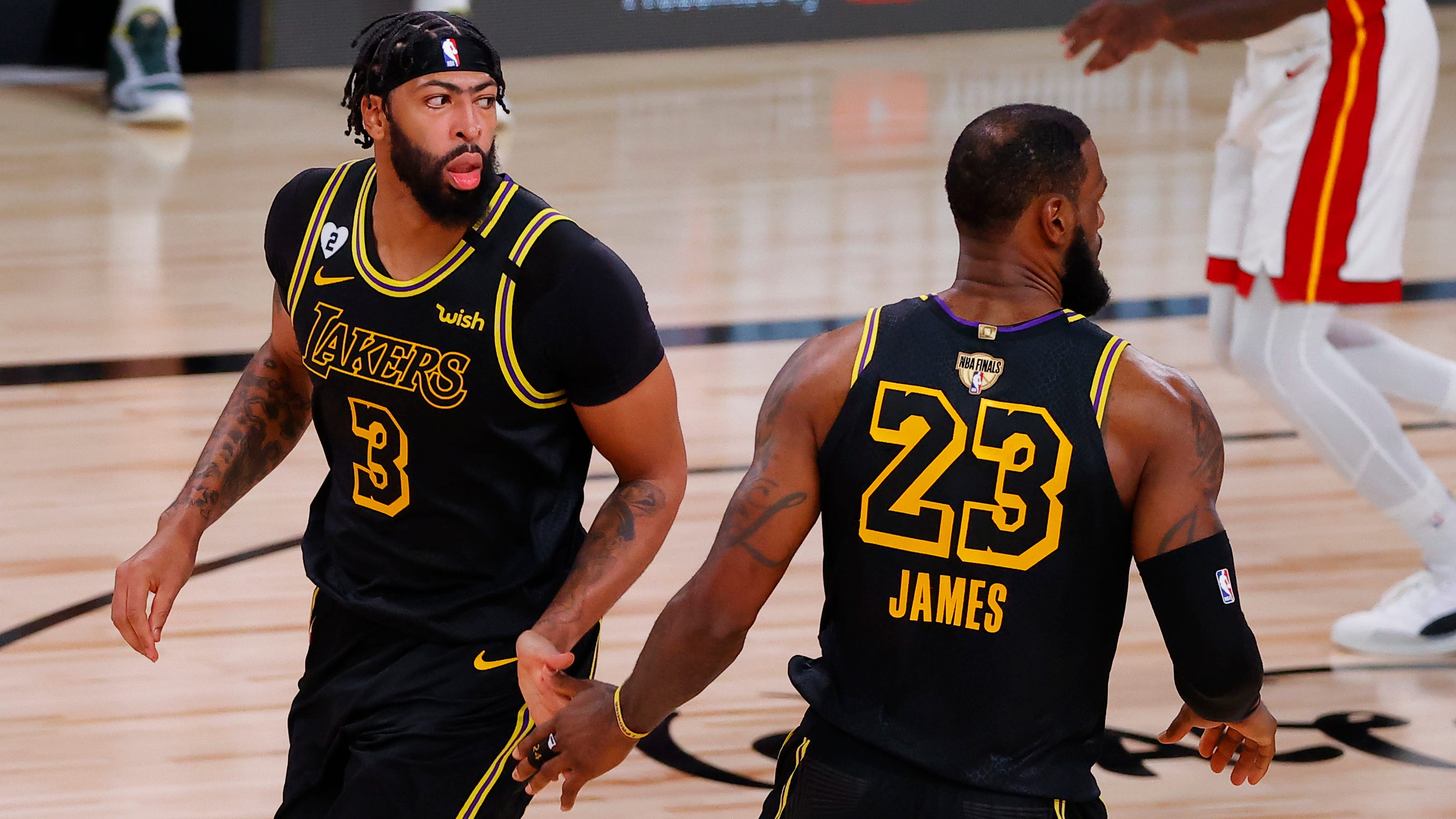 But playing without injured center Bam Adebayo and point guard Goran Dragic, the Heat were at a significant disadvantage and the Lakers took advantage.

James and Davis are the first pair of Lakers with 30-plus points in the same Finals game since Kobe Bryant and Shaquille O’Neal did it in Game 3 against the New Jersey Nets in 2002.

Erik Spoelstra made it *quite* clear the Heat do not care what people say about their chances down 2-0 to the Lakers. #NBAFinalspic.twitter.com/mggFdT23Nw

“This is the deal and if you want something badly enough, you’ll figure out how to overcome it,” Heat coach Erik Spoelstra said. “They have great size and Anthony Davis is an elite player. We’re trying to get something accomplished and you just have to go to another level. That’s the bottom line.”

The Heat, which utilized a zone defense in an attempt to slow the Lakers, sorely missed Adebayo’s defense. It became apparent in Game 1 that Miami would have trouble beating the Lakers without two starters. That idea was reinforced in Game 2.

Davis and James were a combined 29-for-45 from the field with Davis making 15 of his 20 shots. The Lakers were a decent 34% on 3-pointers, but they did their damage inside the line, shooting 33-of-50 on 2-point attempts.

Miami had solid offense against the Lakers and trailed 111-101 with 6:21 left in the fourth quarter.

“I love a lot of the things, the way we competed tonight, but I think another level would have put us in a position to have an opportunity, a real opportunity there at the end and that’s what you want,” Spoelstra said. “That’s part of the process of learning how to get to that next level. So we got some time (Saturday) to review it, own it and get better.”

Miami forward Jimmy Butler had 25 points, 13 assists and eight rebounds. The Heat’s Tyler Herro, who broke Magic Johnson’s record as the youngest player to start in a Finals game, had 17 points and seven rebounds and Kelly Olynk, who received a majority of Adebayo’s minutes, had 24 points and nine rebounds.

But defense was and will remain a problem for Miami as long as Adebayo isn’t on the court.