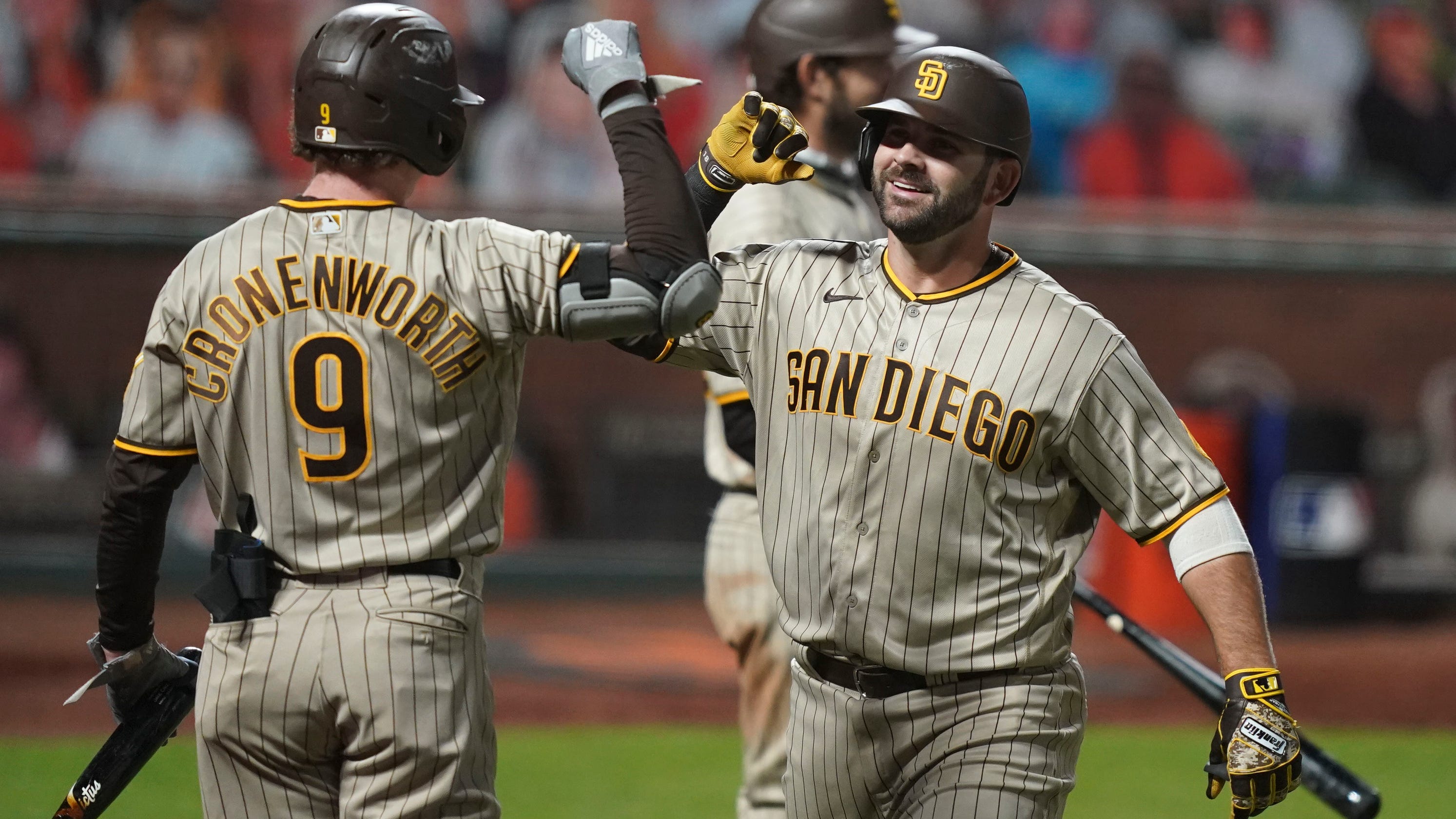 SAN DIEGO – Of all the big-league cities in American sports, this one is arguably the prettiest.

With year-round sunshine and sandy shores, San Diego has raised some of the best athletes of all time, including four Heisman Trophy winners and the late baseball great Ted Williams.

But it also happens to be the sorriest. It is the only metro area out of 26 in major league baseball that never has had a team win a World Series, Super Bowl or NBA Finals. Even more troubling for local fans, it is the only city that has been abandoned by two NBA teams and an NFL team, leaving it with only one franchise in any of America’s four major pro sports – a Padres baseball team that is on the verge of winning its first playoff series since 1998.

Just don’t expect some locals to believe it until it happens. They’re still trying to come to terms with the notion that this year of all years finally might be the Padres’ big year – a shortened season when fans aren’t allowed to attend games because of restrictions related to the COVID-19 pandemic.

PLAYOFFS, LIVE: Get updates from all 8 games on Wednesday

RANKING THE MATCHUPS: Which Wild Card games are the best bets for fireworks?

“One of things you wonder is once we get through this COVID crisis and they start allowing people back into the ballpark, will we regress back into having a mediocre team that’s out of contention again by September the first?” asked Jim Lackritz, a sports business professor at San Diego State.

As if 2020 hasn’t been strange enough, could this finally be the year the San Diego Padres win the World Series? (Photo: Kyle Terada, USA TODAY Sports)

To be sure, the Padres have been cherished here as a bright light in an otherwise dark 2020. After losing their playoff opener here Wednesday against St. Louis, they blasted back on Thursday to force a decisive Game 3 Friday in the best-of-three wild card series at Petco Park.

It is their first playoff berth since 2006 – a drought that still leads to some apprehension and pessimism. One fan even operates a Twitter account entitled “The SD Sports Curse.”

“The Padres haven’t been to the playoffs in 14 years,” the fan wrote Sept. 24. “Of course this is the season where nobody can go.”

If it’s not a curse, it’s at least a chronic killjoy on the prowl, toying with poor San Diego sports fans in a sort of grand bargain. In exchange for living in paradise with beautiful beaches and bays, they have not been allowed to savor sports success without some kind of cruel twist of the knife.

There are too many examples:

► In March, the San Diego State men’s basketball team might have had its best team ever. The Aztecs were on the verge of earning a high seed in the NCAA tournament after starting the season with 26 straight wins. Then the tournament was canceled because of COVID-19.

If they had gone all the way in the tournament, they would have won only the second major college national championship in San Diego history. The only other was the 1973 San Diego State men’s volleyball team, a program that had its own sad ending. It was disbanded to cut costs in 2000.

► The Padres have been to only two World Series, in 1984 and 1998. Both times they got beat up by hometown heroes who played for the other team.

In 1998, former San Diego Point Loma High School star David Wells started as pitcher for the New York Yankees against the Padres in Game 1. He earned the win, setting the course for a Yankees World Series sweep.

► Yet the opposite has been true for winning major sports championships. No place seems worse.

Former Padre Bruce Bochy didn’t win any world championships in 12 years as Padres manager or five years as a Padres player but won three after he left to become manager of the San Francisco Giants.

“We could go on and on,” said Caryl Iseman, a longtime San Diego resident who has owned season tickets to watch San Diego’s Padres, NFL Chargers and NBA Rockets. “There are a lot of Padres that we can name that have gone on and done extremely well elsewhere. That was very upsetting to us as fans.”

San Diego has everything — except a major sports championship. (Photo: SanDiego.org/Associated Press)

► The Chargers played here from 1961 to 2016 and won the American Football League championship in 1963. But since the Super Bowl era started in 1967, the Chargers have appeared in only one of those big games, in January 1995, when they got killed by San Francisco 49-26. The NFL franchise then abandoned San Diego in 2017, after voters rejected a proposal that would have kept it here by using hotel room taxes to help fund a new downtown stadium and convention center.

The Chargers instead relocated to Los Angeles with plans to play in a shared new stadium with the Rams.

It was the third time San Diego lost a major sports franchise for greener pastures in another city. In 1984, the NBA’s San Diego Clippers moved to Los Angeles after previously moving to San Diego from Buffalo in 1978. Before that, the NBA’s San Diego Rockets relocated to Houston in 1971 after entering the NBA as an expansion team in 1967.

Team owner Bob Breitbard said then he had to sell the team because of rising costs, uprooting a franchise that had several future Hall of Famers in San Diego, including Calvin Murphy and Elvin Hayes.

“I was crying my eyes out,” Iseman said about learning of the loss of the Rockets. As for the Chargers, she said, “I stopped rooting for them the day they moved out of San Diego.”

► In place of the departed Chargers, San Diego State’s football team tried to fill the void with a marketing campaign that emphasized it was the biggest football show left in town.

“Here to stay,” the Aztecs said in their advertising campaign. “One City. One Team.”

The Aztecs then recently announced a move that bucked that message. The Aztecs said they also were relocating their homes games to the Los Angeles market, temporarily, while their old stadium site is being recast to make way for a new stadium opening in San Diego in 2022.

Rubbing salt in a fresh wound, the Aztecs will play this season and next at Dignity Health Sports Park in Carson, about 115 miles away, in the same Los Angeles County stadium the Chargers temporarily played in after ditching San Diego.

SDSU has said it was the best option available to accommodate television broadcasts. No fans are allowed in stadiums right now anyway.

► But at least San Diego still has its beloved Padres, a team that uplifted local fans this year on television, led by third baseman Manny Machado and shortstop Fernando Tatis Jr. Like the Chargers, Padres ownership once asked the city to help build a new stadium. Without it, then-team owner John Moores said he couldn’t provide a competitive payroll and the team might be sold and moved.

But the team has had only one winning season in the past 12 years – until now, when fans aren’t allowed in the ballpark.

“I just feel so happy for the city of San Diego,” Tatis Jr. said after clinching a playoff spot this month. “I know it’s been so many years since they went to the playoffs, and bringing playoff baseball to San Diego … I just get emotional. I’ve seen all those fans out there cheer for us. I mean, this is all for them.”

Because of playoff bracket changes brought on by the pandemic, the team won’t play in San Diego if it advances past this round. The next three playoff rounds for the Padres instead would be in Arlington, Texas, including the World Series.

The wild card series this week is in San Diego, but the so-called curse already seemed to kick in before Game 1 on Wednesday, when the team left its top two starting pitchers off the roster for the series because of injuries: Mike Clevinger and Dinelson Lamet.

“With optimism as our guiding principle, the Padres’ drama-packed elevation to the major league playoffs, as condensed as it may be, is to be celebrated,” said Denny Fallon, a longtime local sports fan. Fallon lauded “the courage, inner strength and patience required of all followers of sports in San Diego.”

Iseman normally would watch the team from her seats behind home plate in San Diego. But she does plan to go to Arlington if the Padres win and fans are allowed there. She also believes this is only the beginning of the Padres’ success.