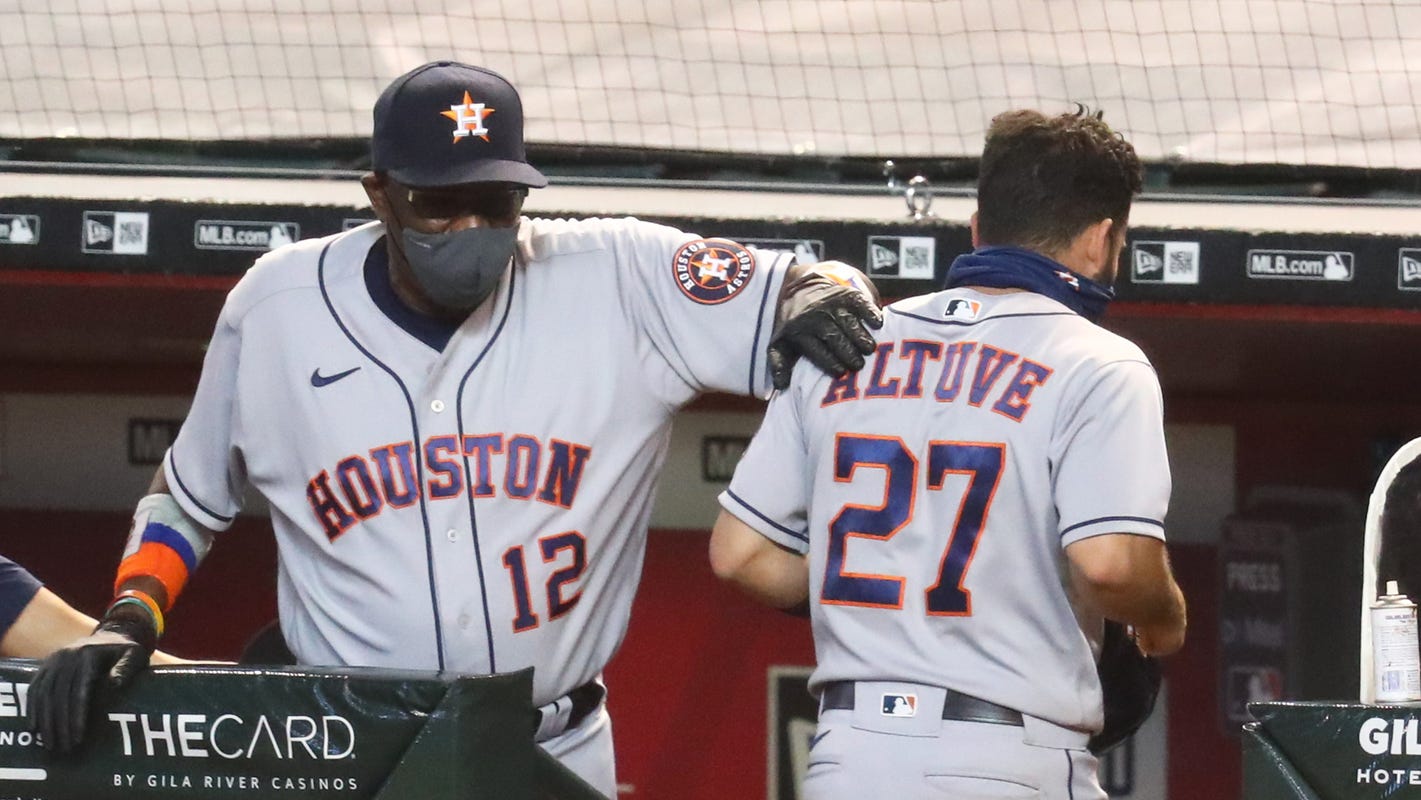 Mike Fiers has been out of mind all season, insists Houston Astros manager Dusty Baker. Starting Monday, he’ll no longer be out of sight.

In their quest for a second and ostensibly more fairly-won World Series title, the Houston Astros have no choice but to confront so many of the demons surrounding their 2017 championship that has since been tainted by their sign-stealing scandal.

Both the Astros and Los Angeles Dodgers won their respective wild-card series, keeping alive a potential rematch of that 2017 World Series that sparked a springtime war of words after revelations of the Astros’ elaborate and illegal sign-stealing scandal emerged.

In the AL Championship Series, there’s a potential meeting with the New York Yankees, losers to the Astros in a 2017 ALCS during which the home team won every game.

And before all that, there’s a date with the man who brought all this to light: Fiers.

The former Astros starter and 2017 champion was the whistleblower who brought to light Houston’s sign-stealing scheme, as chronicled by The Athletic. He joined the Oakland Athletics in 2018, and after two seasons of facing the Astros from an opponent’s perspective, felt compelled to come forward.

And now, it is Fiers and the A’s in the Astros’ path, starting Monday in a best-of-five AL Division Series at Dodger Stadium.

The teams played 10 times this season, but the A’s managed to avoid having Fiers start against a lineup featuring 2017 stars Alex Bregman, Carlos Correa, Jose Altuve, George Springer and Josh Reddick, all who saw their reputations besmirched by Fiers’ whistleblowing.

Fiers was largely supported by his fellow major leaguers, but criticized by some former players and pundits.

Baker, hired to clean up the mess after the scandal claimed the jobs of manager A.J. Hinch and GM Jeff Luhnow, said Friday that the man who made their lives miserable this year has not been a topic.

“Nobody has mentioned his name,” Baker insisted on a video news conference. “I haven’t heard Mike Fiers’ name all year, until you just said it right now, you know what I mean?

That will change Monday. The A’s and Astros will play a best-of-five ALDS that, as part of COVID-19 related workarounds, will feature no off days between games.

Fiers started the decisive Game 3 of the best-of-three wild-card, lasting just 1⅓ innings against the Chicago White Sox. The A’s have a flexible pitching staff and could tab several arms to start, including wild-card series starters Jesus Luzardo and Chris Bassitt, lefty Sean Manaea and Frankie Montas, who turned in an excellent relief outing in Thursday’s series clincher.

But odds are that Fiers may be asked to start, or at least pitch out of the bullpen. Whether or not Baker’s Friday claim strained credulity, they’ll soon have Fiers very much front of mind.