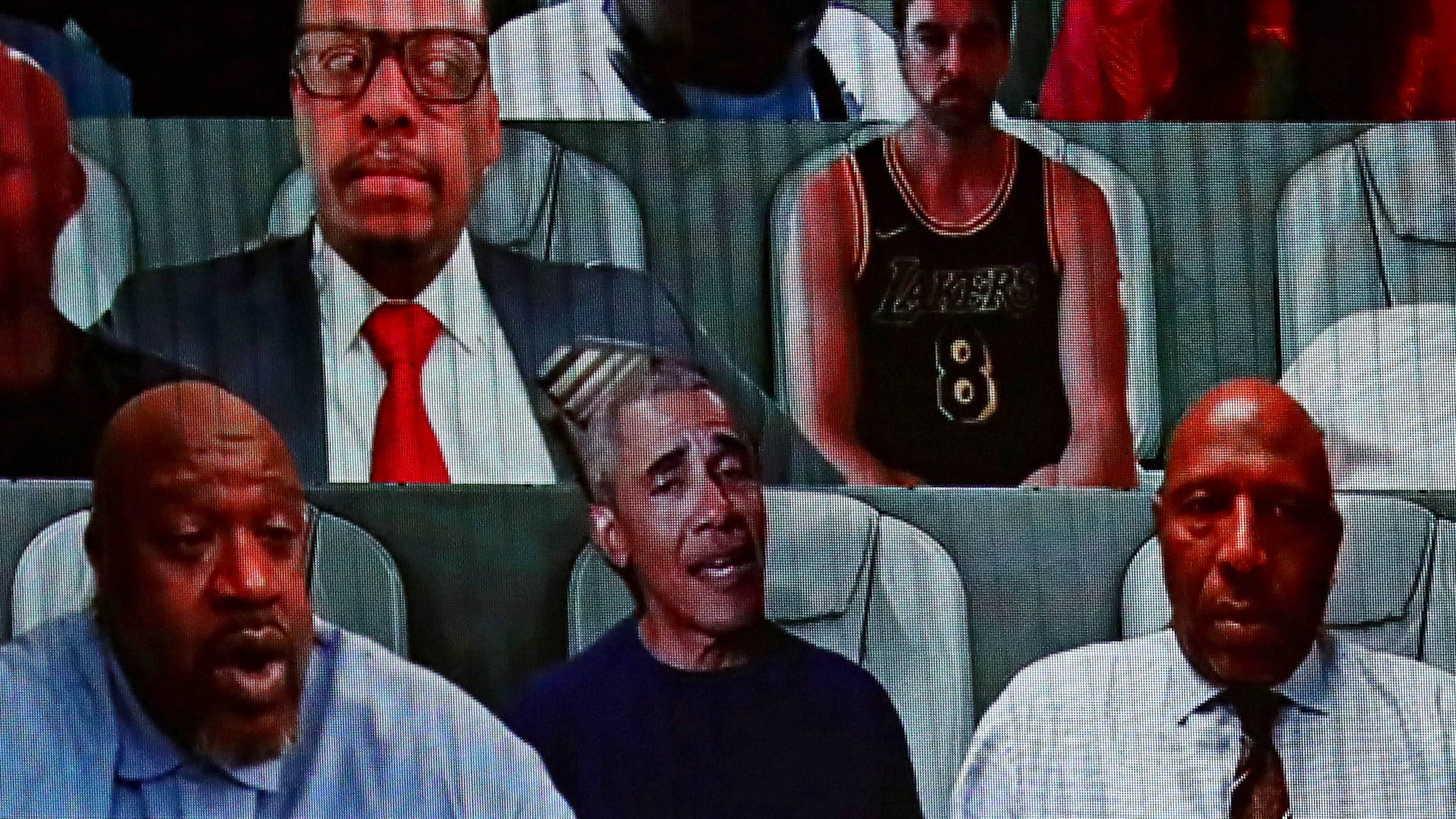 No Obama at Game 2, but Big Sean among virtual fans

Former President Barack Obama was the biggest-name “virtual fan” watching Game 1 of the NBA Finals on Wednesday night. While he won’t be part of the virtual fan section for Friday’s Game 2 between the Miami Heat and LA Lakers, plenty of other celebrities will be watching.

Former President Barack Obama was in the virtual crowd alongside a number of NBA legends for Game 1 of the NBA Finals. (Photo: Kim Klement, USA TODAY Sports)

In addition, the league will host 50 boys and girls from “Challengers Clubhouse,” which is part of the Boys and Girls Club of Metro Los Angeles.

Since the NBA’s season restart began in July at its bubble in Lake Buena Vista, Florida, the league has showcased about 300 virtual fans on 17-foot videoboards during each game. How the participating 22 teams chose their virtual fans varied. The options included granting access to season ticket-holders or promotional deals. All teams have also included players’ family members as virtual fans.