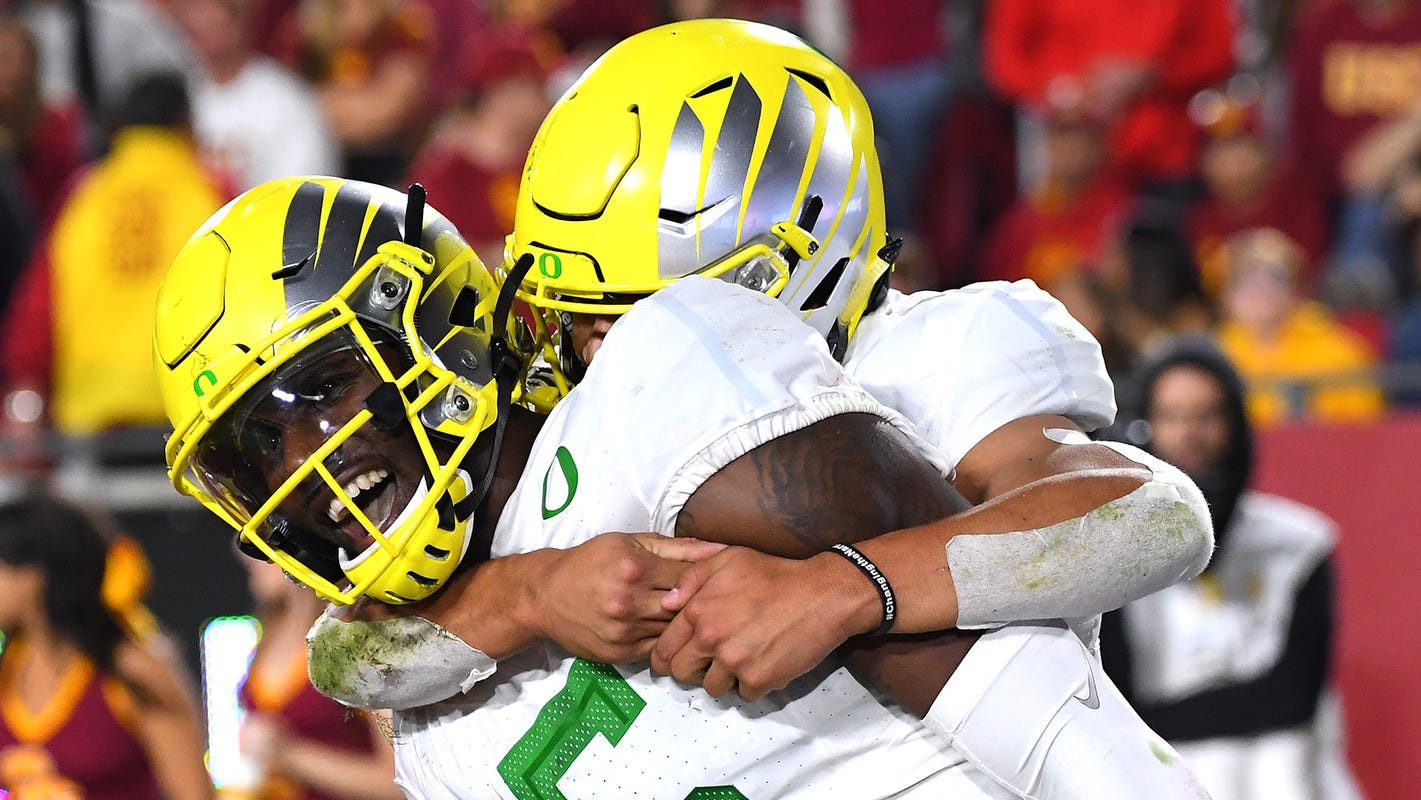 These are the numbers that will decide the College Football Playoff: 11, 10, nine and seven.

Eleven games for teams in the ACC. Ten for the Big 12 and SEC. Nine for the Big Ten, seven for the Pac-12. And that’s only if things go according to plan.

In any odd year, the final challenge for the playoff selection committee is to gather a couple dozen data points, punch them through the protocols, make any relevant head-to-head comparisons and settle on the top four. But this isn’t just any odd year — it’s the oddest regular season in college football history.

As a result, this year’s playoff debate promises to be the most complicated in the history of the postseason format. The basic concern centers on the key comparisons committee members will make between contenders: How will the panel decide who is worthy of reaching the national semifinals when it may be unable to evenly weigh the merits of teams and conferences?

“The committee’s job is to select the best four teams based on the schedules as established by each conference. This is why we have this committee of 13 experts,” playoff executive director Bill Hancock told USA TODAY Sports.

“Clearly there will be challenges this year. We will see what those challenges are and work through them. But the committee’s fundamental mission has not changed. Whatever the season looks like, the committee will select the best four teams based on the protocol.”

TOP 25: Where is your team ranked?

The process was already strained by the widespread removal of non-conference games, which typically help inform the early pecking order of the Power Five leagues. The few intersectional games that remained didn’t include two conferences from the Power Five.

More importantly, dropping non-conference play eliminated two key selection committee protocols: head-to-head results and results against common opponents. Losing those non-league matchups removes the ability to gauge the relative strength of one league against another. Analysis may be replaced by conjecture.

“The committee members have been watching games since the season started,” Hancock said. “They’ll be ready.”

But there’s no bigger issue facing the committee than the varying number and sort of games being played by each Power Five league.

Those 10 games for teams from the Big 12 include one intersectional matchup against an opponent from the Group of Five or Football Championship Subdivision. (Not that the easier schedules helped the Big 12, which has lost three games to the Sun Belt.) The same number in the SEC is only conference games.

Teams in the SEC and ACC will play the same number of league opponents, but the ACC will have one non-conference game. As with the Big 12, teams in the ACC will only face intersectional opponents from the Group of Five or FCS. 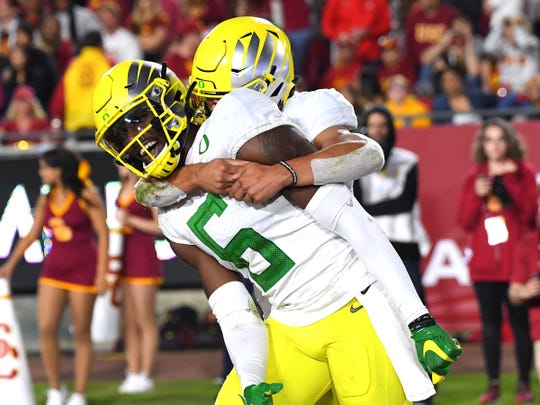 Oregon Ducks running back Travis Dye celebrates with wide receiver Juwan Johnson after he caught a touchdown pass in the second half of the game against the USC Trojans on Nov. 2, 2019. (Photo: Jayne Kamin-Oncea, USA TODAY Sports)

Beginning this month, teams in the Big Ten will play nine conference games. The Pac-12 will play a seven-game schedule starting in early November.

Again, this is only if teams are able to complete a full schedule. Already in September, several teams in the ACC and Big 12 had one or more games postponed or canceled due to COVID-19 concerns.

Those leagues built in extra weeks to allow games to be rescheduled, however. The Big Ten and Pac-12 won’t have the same luxury: Big Ten teams will have no off weeks between Oct. 24 and Dec. 19, when the league will conduct its championship weekend, while the Pac-12 will proceed with no open dates beginning Nov. 6.

Even the best-case scenario — where every team plays its full number of games, even if that total varies across the FBS — complicates the normal selection process. The worst-case scenario, where teams play even fewer games than already scheduled, might turn the selection procedure into a guessing game as committee members extrapolate results from abbreviated seasons.

“Since there aren’t as many non-conference games as normal, certain tools used by the committee, such as head-to-head results and results against common opponents, will have limitations this year. Evaluating strength of schedule will also be different,” Hancock said.

“As for the difference in the number of games teams play, well, the committee has dealt successfully with that nearly every season. Those were one- or two-game differences; this year could be more. We’ll have to see about that, but the committee will be prepared.”

The difference in games played could muddy the waters enough to create an avenue to the semifinals for a team from the Group of Five, even if the deck is pretty well stacked against programs from outside the major conferences. If still a long shot, if Central Florida goes unbeaten on a 10-game schedule the Knights would argue for having achieved more than a Power Five champion on a six- or seven-game schedule.

The strangeness of this year’s playoff chase has already fueled calls to expand the postseason bracket to six or eight teams. (The 12-year playoff contract runs through the 2025-2026 season.) Pac-12 Commissioner Larry Scott broached the idea of expanding this year’s field during a meeting Wednesday with the playoff management committee but his proposal was not approved, Hancock said.

The argument for immediate expansion in time for this coming postseason is that casting a wider net is the only way to ensure that teams are not penalized or promoted for playing fewer or more games as a result of COVID-19.

“The playoff committee is going to have a difficult job ahead. I don’t envy them. I know they are conscientious human beings and I know they’ll do the best job they can. But eventually, we’re just going to have to expand because it’s the only thing that makes sense.”

It wouldn’t be the playoff without the debate. But it’s possible to go through the week-to-week debate over the rankings without ending the process in controversy — there’s been little to no controversy over the top four in each of the past two years. During the 2020 playoff race, the controversy will be nearly impossible to avoid.

“I think there’s going to be a difference of opinion regardless,” Beamer said. “I don’t think it ever happens that everybody in the country says, ‘That’s the right four teams that should be there. That’s the perfect four.’ I don’t believe that’s going to happen.”