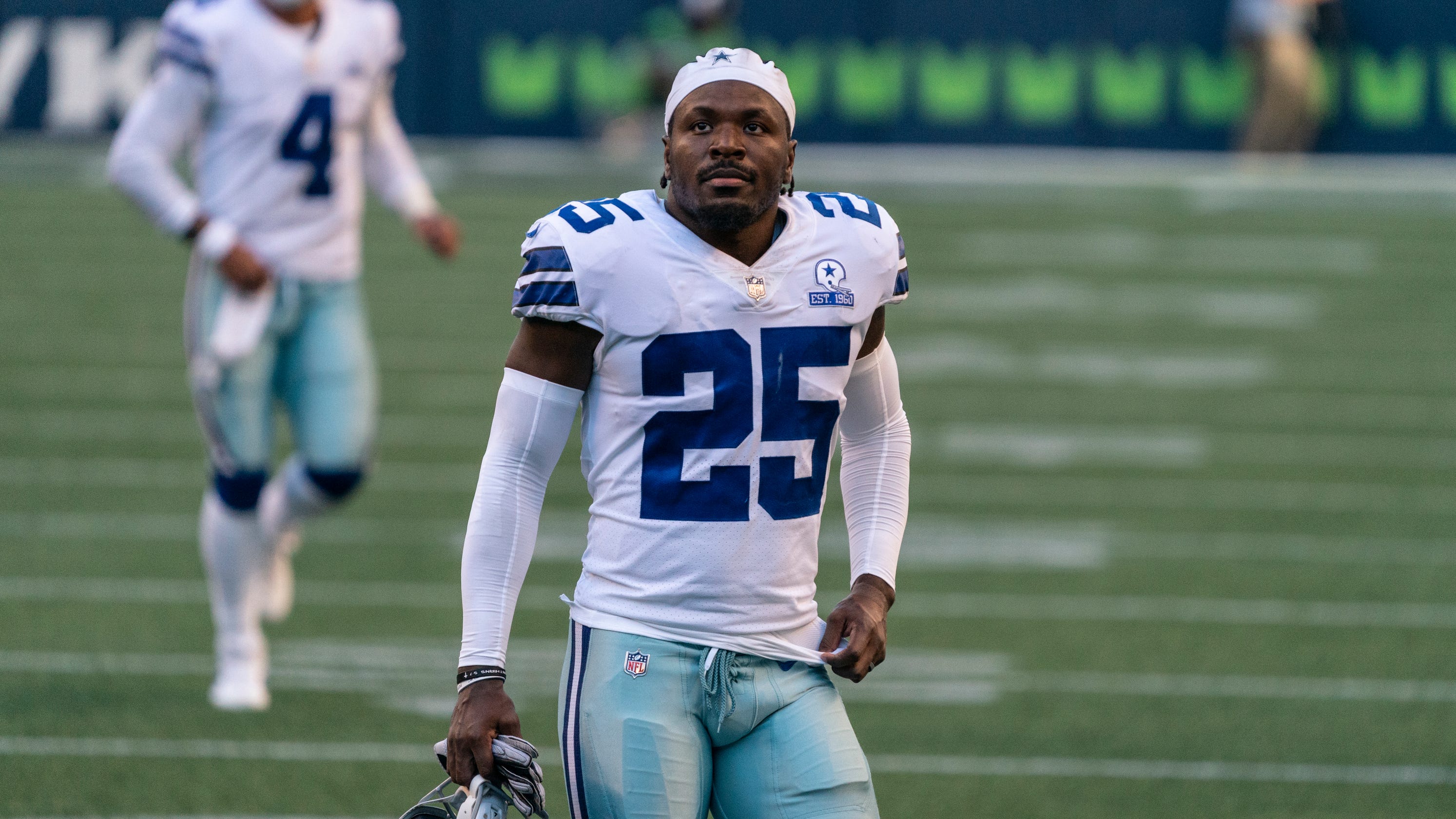 FRISCO, Texas — Seahawks quarterback Russell Wilson danced in the pocket for a few seconds before launching a pass 56 yards in the air for receiver DK Metcalf to snag fewer than 10 yards from the end zone.

What almost became Seattle’s second score of more than 40 yards in the first quarter instead was ruled a touchback.

Diggs, a rookie second-round selection out of Alabama, compensated for Metcalf beating him down the stretch with an extra dose of hustle.

“That’s exactly what you’re looking for in that situation there,” head coach Mike McCarthy said Wednesday, after Seattle ultimately won 38-31. “I think the play by Diggs will be on everybody’s highlight tape.”

But for Cowboys defensive coaches, the highlight-reel menu is slim.

WEEK 4 PICKS: Our squad picks winners for every matchup

POLITCIAL SWAY: Sports team owners listen to players, but support Republicans to the tune of millions

Coaching staff members declined this week and throughout the season to share any player grades publicly. But coordinator Mike Nolan acknowledged Monday of his defensive backs, “I don’t know that there’s a lot of winning grades going around on the back end.” No position group on defense has been consistently solid through three games, much less shined.

The result: During Dallas’ 1-2 season start, the team has allowed a franchise-worst 97 points through three games. Opponents have scored 77 against the Cowboys over the last two weeks alone. It’s a flood that threatens to make moot a dangerous Cowboys offense that currently leads the league with 490.7 offensive yards and ranks eighth with 29.3 points per game.

The reasons for defensive struggle vary, but the risk remains.

“We’ve anticipated some bumps in the road,” McCarthy said. “We’re fully in tune with the things we need to do better.”

‘We don’t currently do very much’

The Cowboys stated a few goals in the offseason as they introduced their new scheme under Nolan. They sought to be more multiple along their defensive front and introduce scheme flexibility that would better cater to the talent of any available personnel they acquired. The Cowboys’ front office also sought a defense that was less predictable than Rod Marinelli’s scheme had been in previous seasons.

“It’s about the pre-disguised looks,” cornerback Chidobe Awuzie said. “Last year, everybody knew what we were running.”

Instead, through three weeks this season, Cowboys defenders too often haven’t known what they were running. Chalk it up to the truncated offseason, a significant personnel shift or the growing pains of a new staff. Regardless the reason, players and coaches alike see the struggles.

“We have the ability to do a lot of things, but we don’t currently do very much in the game,” Nolan said Sept. 21. “I think that’s because we’re trying to win a game like everybody else. … We don’t want to clutter their mind too much on defense so that they can’t really learn what their opponent’s doing.”

Even with simplification, miscommunication has led to busted coverages and failure to halt drives. Against Seattle, defensive backs drew three penalties in a single drive. Cornerback Daryl Worley earned an illegal contact penalty that wiped out a blitz-sack from fellow secondary member Jourdan Lewis. Four players later, Lewis was called for pass interference and nullified what would have been a Worley interception.

“Most of the plays that we gave them were because of us,” Diggs said. “We’ve got to fix that. If we fix that, the score may be different. So, it’s communication.”

McCarthy acknowledged the team had “way too many” mental errors in an improbable 40-39 win vs. the Falcons in Week 2. The coaching staff was more pleased with presnap arrangement in Seattle but disappointed in the explosive plays allowed, red-zone protection (Seattle scored on all three chances in the red zone) and anticipation.

“Part of technique is just having your eyes in the right place,” Nolan said. “If you don’t see it, obviously you’re not going to cover it. I think that’s something we need to clean just a little bit more. But that was more it. Just lack of discipline about staying on top at times. And then other part would just be a lack of eye control.”

Players expect those weaknesses to be exploited in weeks to come.

“This is a copycat type of league especially when it comes to offense week to week,” Worley said. “Anything they’ve seen that hurt us, we would assume they’re going to have it scripted up in some style or form.

“Some type of mismatch thing that will resemble it.”

McCarthy reiterates often to his team the importance of trends. He’s a believer that “September football is definitely less desirable compared to November/December” because teams need time to clean things up. But the Browns arrive Sunday with their first winning record (2-1) since 2014. First-year coach Kevin Stefanski and his team won’t wait for the Cowboys to find a replacement for the four defensive starters they lost in free agency or hesitate on account of the Cowboys landing four more defensive starters on injured reserve in September.

So the Cowboys will need to answer for receivers Odell Beckham Jr. and Jarvis Landry without the two starting cornerbacks they sent to injured reserve. They’ll need to defend the running back tandem of Kareem Hunt and Nick Chubb without the benefit of linebackers Leighton Vander Esch (broken collarbone) or Sean Lee (sports hernia surgery).

Dallas will hope the communication and scheme familiarity it believes is growing takes another step against Stefanski, who duped the Cowboys last year with the screen game when he was Vikings coordinator. They’ll hope that their few bright spots to date—including reinstated defensive end Aldon Smith leading the league with four sacks and Diggs showing strong potential as a rookie—continue to threaten and that the overall unit will take a big and quick step in understanding its assignments.

“Each and every Sunday, it’s a different week, a different challenge,” Worley said. “Everything is getting on the right page. …. We look at is as, these last three weeks, at the end of the games we were right there being able to win it.

“So it can’t do nothing but go uphill from here.”