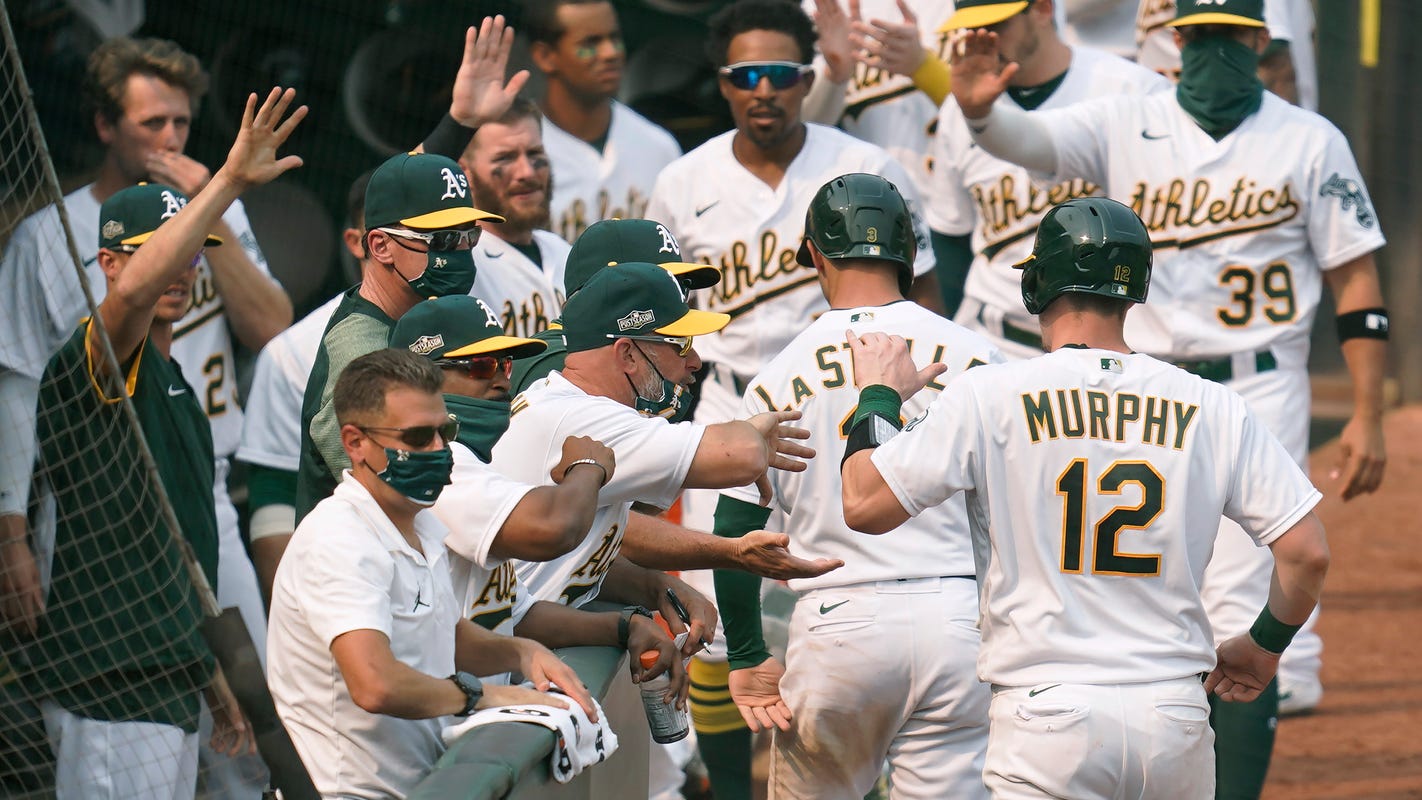 Fourteen years of torment gave way to four hours of occasionally artless, often stultifying baseball. For the Oakland Athletics, though, it was worth it.

They won their first playoff series since 2006 Thursday afternoon, outlasting the Chicago White Sox in the decisive Game 3 of their American League wild-card series. A 6-4 victory catapulted them to the AL Division Series against the Houston Astros, as they overcame a parade of nine White Sox pitchers and the deficiencies of their own staff to advance.

You might say they overcame the demons of their recent and distant past, too.

The victory cannot erase the half-dozen failings in the playoffs’ opening round that thy suffered through since dispatching the Minnesota Twins in the 2006 ALDS. Since then, they’ve been tormented by Justin Verlander in a pair of ALDS Game 5s. Overwhelmed by a roaring crowd and a relentless Kansas City Royals team that erased a 5-0 deficit in the 2014 AL wild-card game.

And sucker-punched by the New York Yankees and Tampa Bay Rays in the 2018 and 2019 wild-card games, wiping out consecutive 97-win teams before they even had a chance to wash their commemorative playoff gear.

What’s more, this franchise had suffered nine consecutive losses in winner-take-all games, the wild-card outcomes only adding to indignities that began with four straight Game 5 ALDS losses between 2000 and 2003.

Not since Game 7 of the 1973 World Series had the A’s claimed a winner-take-all game, with demons ranging from Tino Martinez to Manny Ramirez to Eric Hosmer and Yandy Diaz sending them home.

This time, there was no bad guy, only Liam Hendriks – who threw 68 relief pitches over two games in 24 hours – striking out the side to strand the tying run at the plate, sending the A’s to Dodger Stadium and a date with their AL West nemesis Astros.

Though the ending was postcard-perfect for the A’s, Thursday broke in traditionally unsettling fashion.

In a modern battle of attrition born of incomplete pitching staffs, starters Dane Dunning of Chicago and Mike Fiers of Oakland recorded two and four outs, respectively. The White Sox took a 3-0 lead off Fiers and reliever Yusmeiro Petit and it seemed their parade of relievers might extend Oakland’s misery another year.

But Sean Murphy’s two-run home run in the fourth dented the deficit. A pair of bases-loaded walks put the A’s ahead and after the White Sox tied it, a catcher’s interference call drawn by Tommy La Stella – a specialty of his in the postseason – keyed a rally that culminated in Chad Pinder’s two-run single.

La Stella later made a beautiful over-the-shoulder catch in which the ball popped out of his glove, only to see him recover.

Athletics’ Tommy La Stella bobbles a fly ball hit by Chicago White Sox’s Adam Engel but manages to hold on for the out in the 5th inning of Game 3 of the American League Wild Card Round in Oakland, Calif., on Oct. 1, 2020. @Athletics#RootedInOakland#MLBPlayoffs@ShaynaRubinpic.twitter.com/HvE9OlECpF

It was a beautiful play in an ugly game, and it also was fitting on a day things finally fell into place for the A’s.