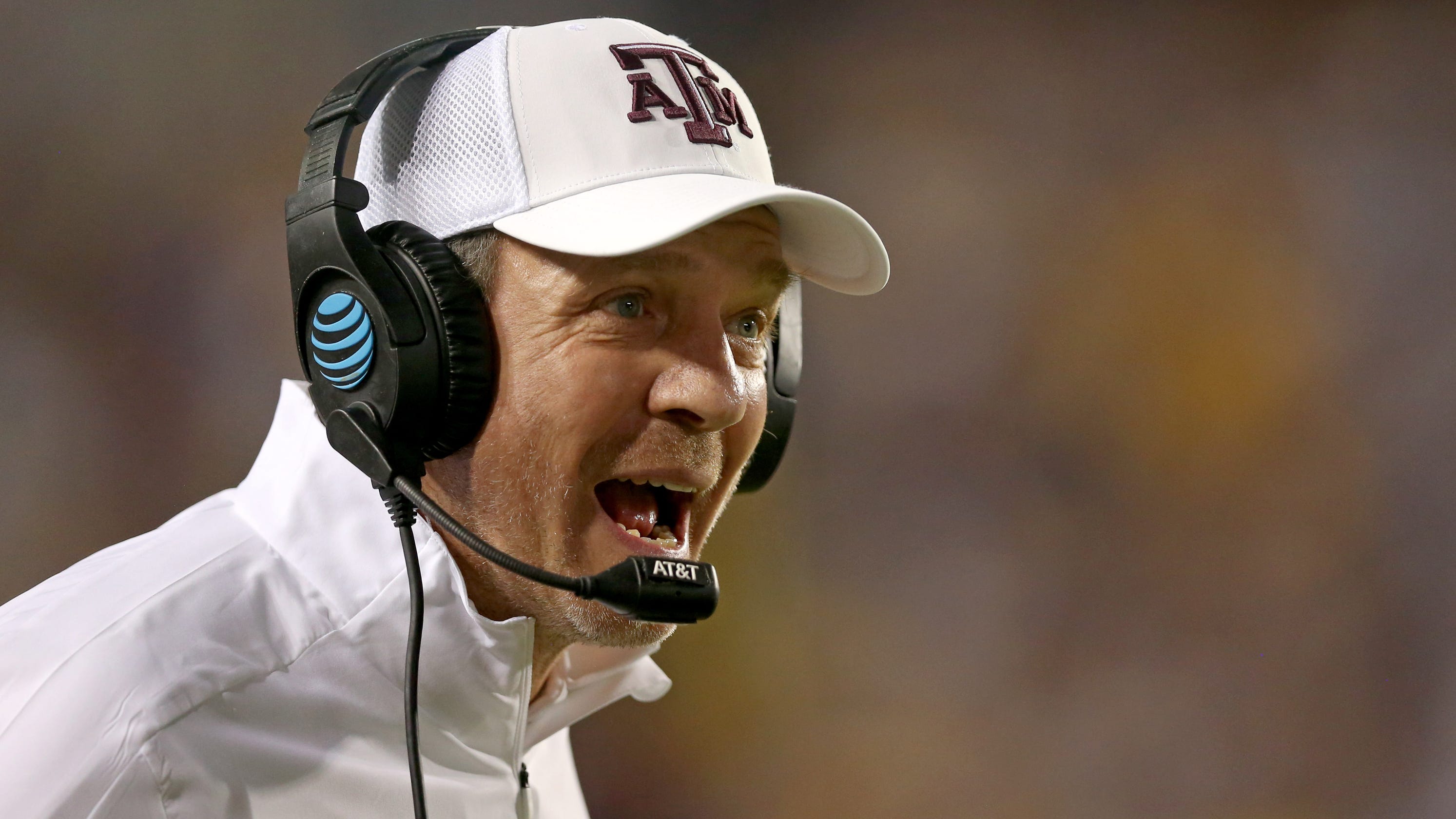 Shortly after Jimbo Fisher’s decision to take Texas A&M’s mega-offer to leave Florida State, there was a cringeworthy moment that had nothing to do with cowboy boots or the numbers on his contract. Instead, it was on stage with John Sharp, the chancellor of the Texas A&M University System, who handed Fisher a replica of a national championship trophy with a date to be filled in later.

“I hope I fill in a couple!” Fisher responded, drawing uproarious applause from the audience and chuckles from many corners of college football.

The unearned arrogance with which Texas A&M carries itself has long been a subject of fascination and ridicule among its rivals. Nobody in the sport is better at spending like Alabama while winning like Missouri, and the decision in late 2017 to throw a 10-year, $75 million contract at Fisher was either going to change that narrative forever or be remembered as the biggest boondoggle in the history of college sports.

More than two years in, though, maybe there’s a new bar for Fisher that would be fairer and more informative than a university president handing over a fake trophy: Are you a threat to Alabama’s supremacy in the SEC or not?

Let’s be real. The answer to that, as the two programs prepare to play Saturday in Tuscaloosa, is not. And it doesn’t seem particularly close.

In Fisher’s first two seasons, the Aggies lost to Alabama by 22 and 19 points, neither of which were competitive at any point in the second half. Despite Texas A&M’s current No. 13 ranking in the Amway Coaches Poll, it will enter this year’s meeting as roughly an 18-point underdog. Until proven otherwise, Texas A&M is just another garden-variety SEC opponent for Alabama, not a rival like LSU or Auburn or even a danger like Ole Miss a handful of years ago under Hugh Freeze. For those of us watching, is it even considered a big game? Since Johnny Manziel’s turn as a temporary disrupter, the cumulative score of the next seven meetings stands at 252-107.

FIVE QUESTIONS:Georgia, Oklahoma among teams to watch in Week 5

Most of that isn’t Fisher’s fault, but he knows he’s being paid handsomely — some would argue grotesquely — to fix it.

“You know what they’ve done, who they are and we have to go play ball,” Fisher said this week. “We have to keep recruiting well and keep building on the process we have. We have had two great young recruiting classes I’m very excited about, got some very good young players and our older players are developing. It’s always a measuring stick when you play Alabama as far as where you stand in the national scene because they’ve been on the top of it for so long.”

But at some point when you’re guaranteed $75 million to coach football, the measurement has to tell you that the gap is getting smaller and that progress is being made.

The recruiting rankings would suggest that it could happen. The Aggies’ current group of freshmen was ranked No. 6 by 247 Sports, and the class of current sophomores came in at No. 4, which on paper is the kind of year-over-year quality elite programs need. By any measure, Fisher and his staff have been among the small handful of programs recruiting at the very top level.

There’s a difference, though, between hope and results. And at a $75 million price tag, the results need to start coming.

By any reasonable standard, including the one set by his predecessor Kevin Sumlin, Texas A&M’s quality of football under Fisher hasn’t been particularly impressive. Sumlin’s tenure was far from perfect — it’s why he ultimately got fired — but he had enough quality wins over his first four years to keep things afloat.

If you look at Fisher’s tenure so far, there are more good-looking losses than good wins. Besides the epic seven-overtime win over LSU in his first season, his 18-9 record is mostly filled with fluff. The Aggies weren’t a top-25 team last year, and their 17-12 struggle against Vanderbilt in the opener raised concerns about how much progress they’ve really made.

It’s certainly not what they’re paying for.

But maybe Texas A&M’s willingness to spend so much of their financial largesse on football is their only real path to relevance. Besides a claimed national title in 1939 and a fairly consistent run of top-10 finishes from the mid-1980s to mid-1990s, this is not a program with a history of competing at the highest level of the sport. The confluence of joining the SEC followed immediately by Manziel Mania gave Texas A&M a unique opportunity to invest big in facilities and coaching salaries, and at least the Aggies can tell themselves they no longer have any excuses for failing to compete for titles.

But they’re not immune from the same question as everyone else: Did they make a smart investment?

At this level, three years in is enough time to figure out an answer. When Fisher was offered that contract, what he had built at Florida State was no longer a national championship-level program and already in decline. Had he stayed another year, it’s doubtful anyone would have offered $75 million to a coach who had gotten lapped by Clemson within his conference.

Texas A&M may have more money than Florida State and all the in-state talent you need to win, but it’s a tougher job because of how many more obstacles you need to clear to get to the top. If it’s not Alabama, it’s LSU or Auburn not to mention Georgia, Florida and the rest. In the SEC, somebody’s got to lose.

In a few months, we will have a pretty good idea of whether Texas A&M’s money was well spent. In fact, by Fisher’s third season at Florida State, he had won an ACC title and built the foundation of a roster that would win the national championship just a year later. The timeline may not exactly line up this time around, but if the Aggies are really as underwhelming as they were last week against Vanderbilt, we can start to call his tenure a disappointment.

Until we start thinking about Texas A&M-Alabama as one of the SEC’s big games — and it certainly doesn’t feel that way this time around — a fake trophy may be the only one Fisher ever accepts.