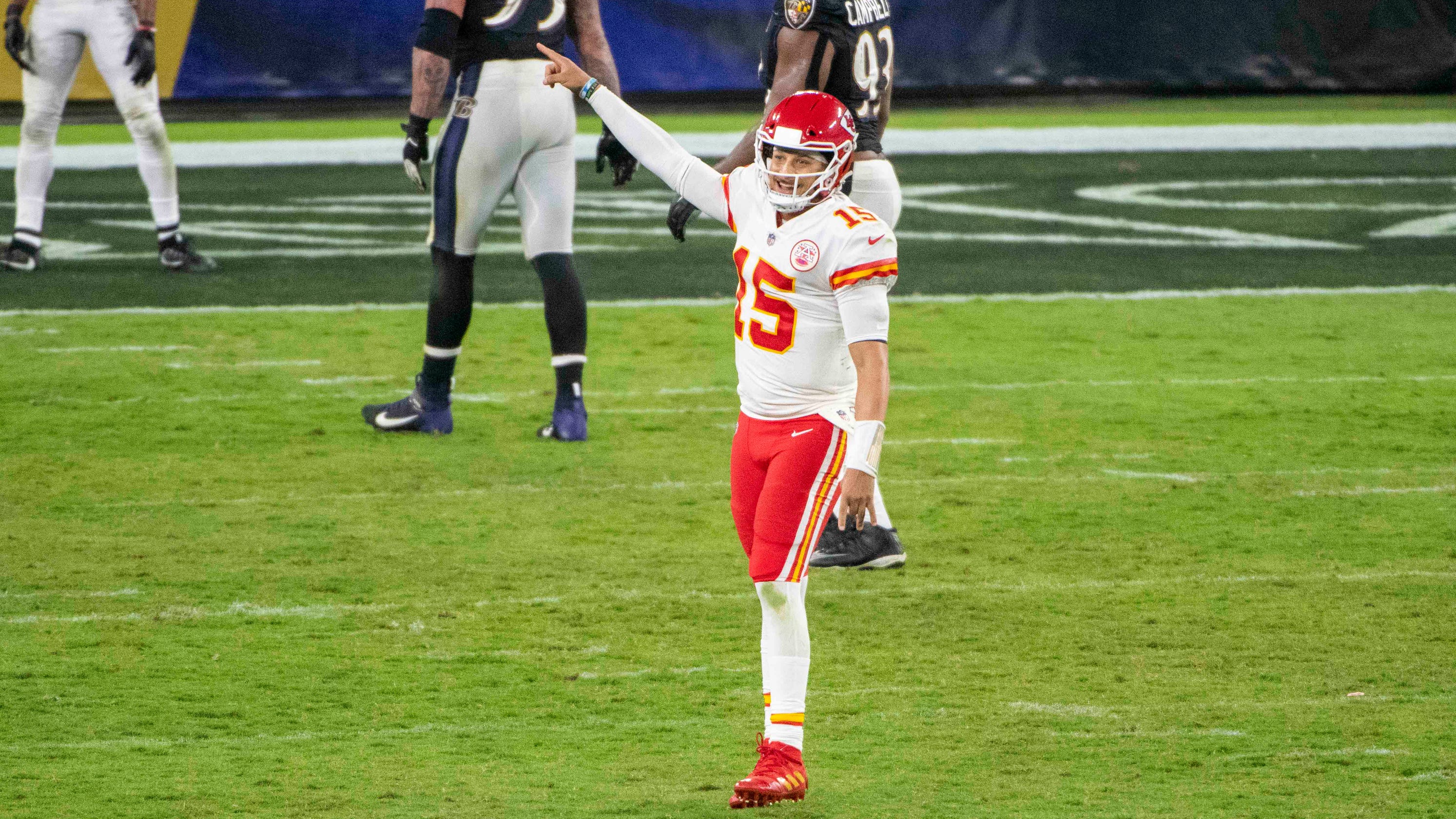 Back in Whitehouse, Texas, Patrick Mahomes was six days away from turning 16 years old and starting his sophomore year at Whitehouse High School. At this point, football fans everywhere knew about Newton. The world had no idea about this young gunslinger in the Lone Star State.

Mahomes was a fan of Newton. As a high school freshman, he watched Newton play and win a national championship at Auburn.

Newton’s football legacy started long before Mahomes became one of the biggest names in the sports world. The Kansas City Chiefs quarterback said he looked up to the New England Patriots signal-caller (formerly of the Carolina Panthers) then and is still impressed today. This weekend, the pair will faceoff for the first time when the Patriots take on the Chiefs on Sunday.

“I wish I could do some of the things that he does as far as how physical he is and the way he’s able to make plays happen,” Mahomes said. “He’s a great football player. I watched when he was at Auburn. I guess he went to Blinn College, which is down there kind of close to East Texas. He played against like TJC (Tyler Junior College) and some of those junior colleges. I saw his highlights then when I was back in high school in those days.

“He’s a great football player and he’s in a great spot now and he’s playing really good football. I think it’s going to be a great challenge to go up against (Newton)’s team, knowing that they’re going to be able to really move the football.”

MORE: Patrick Mahomes and his fiancee announce they’re going to be parents

Newton’s impact on football is expansive. The 31-year-old has never been shy about wearing flashy suits, funny hats or being eccentric on the field.

“I play this game for multiple reasons,” Newton said. “A lot of those reasons come off the backs of somebody empowering me. It’s pretty neat to hear (what Mahomes said), but at the end of the day, we all have a responsibility to empower others. To motivate others and to impact others. Through it all we just have to use our influence in a positive way.”

Newton also showed that there’s more than one way to be a successful quarterback in the NFL.

Last weekend, Newton moved past Randall Cunningham, someone he long admired, into second place on the NFL’s all-time list for rushing yards by a quarterback with 4,955 yards. Michael Vick, another player Newton looked up to, has the record with 6,109 rushing yards. Newton’s 62 rushing touchdowns are the most by a quarterback since the 1970 NFL-AFL merger. He came into this season tied for the fifth most rushing touchdowns by any player in the NFL since his 2011 rookie season.

Newton started to accomplish historic feats when Mahomes was in college. In 2015, Newton became the first player in NFL history with at least 30 passing touchdowns and 10 rushing touchdowns. Mahomes was a sophomore at Texas Tech at that point.

It didn’t take long for Mahomes to get into the same conversation as Newton.

Mahomes is one of four African-American quarterbacks to win the NFL’s MVP award. Now, he’s coming off his first Super Bowl to go with a Super Bowl MVP. Mahomes also has several NFL records to call his own – fastest to 10,000 career passing yards, youngest player (22 years, 364 days) to throw six touchdowns in a game and fastest to reach 4,000 yards and 40+ touchdowns in a season (13 games).

“Man, he’s changing the game,” Newton said. “He’s changing the game. I think he’s shined light on the new wave of quarterbacks. It’s just fun to watch. Not only that, he has a lot of merit to what he does. It’s not like he’s back there like an arcade game. Sometimes it looks like it, but he knows exactly what he’s doing and he’s manipulating the defense… He’s playing the game at a high level.”