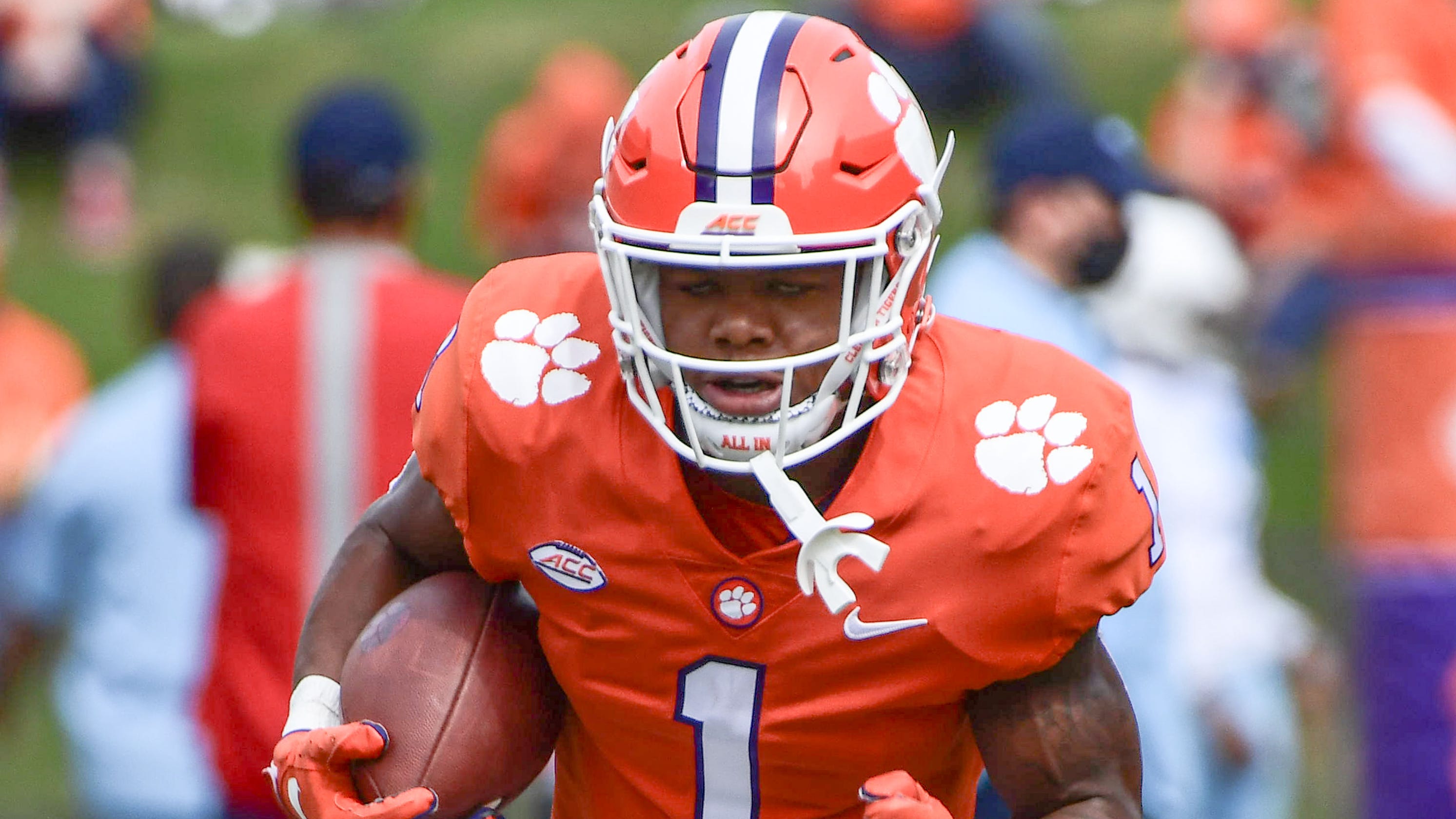 Clemson freshman running back Demarkcus Bowman is in the transfer portal and expected to leave the program after just two games with the No. 1 Tigers.

Bowman, from Lakeland, Florida, was a consensus five-star recruit and considered one of the top overall players in the 2020 recruiting class after rushing for more than 5,000 yards (11.4 per carry) and scored 71 touchdowns in three seasons at Lakeland High School.

Bowman has not been listed among the top three running backs on Clemson’s depth chart in the team’s two games this season. He played in wins against Wake Forest and The Citadel, totaling 32 yards on nine carries.

Clemson running back Demarkus Bowman(1) warms up before the game with The Citadel Saturday, Sept. 19, 2020 at Memorial Stadium in Clemson, S.C. (Photo: Ken Ruinard)

“Demarkcus has entered the portal after informing our coaches of his intention to transfer,” Ross Taylor, Clemson’s assistant athletic direct for football communications, conference.

Bowman’s second choice when he committed to Clemson was reportedly Florida and there is speculation that he will end with the Gators back in his home state.

While Bowman was seen as potential future star, the impact of his departure should be manageable for the Tigers. Travis Etienne, a senior, is the the all-time rushing leader in the Atlantic Coast Conference.

Listed behind Etienne on the Tigers’ depth chart, respectively, are junior Lyn-J Dixon and senior Darien Rencher. Dixon returned from injury two weeks ago and had three carries for 10 yards against The Citadel. Rencher has 11 carries, most behind 25 by Etienne, for 62 yards.

So far this season, Mellusi has four carries for 25 yards while Dukes has two carries for eight yards. The Tigers also have freshman Kobe Pace, who has seven rushing attempts for 24 yards.

Recruiting also will bring in more talent. Clemson has a commitment from Will Shipley, a five-star running back who was rated as the nation’s No. 1 all-purpose back by 247 Sports. Shipley rushed for 1,639 yards and 25 touchdowns while also catching 30 passes for 509 yards and nine scores last season for Weddington High School in Matthews, North Carolina.

The Tigers are also have a pledge from Phil Mafa, a four-star running back and ranked No. 16 nationally at his position by 247 Sports.