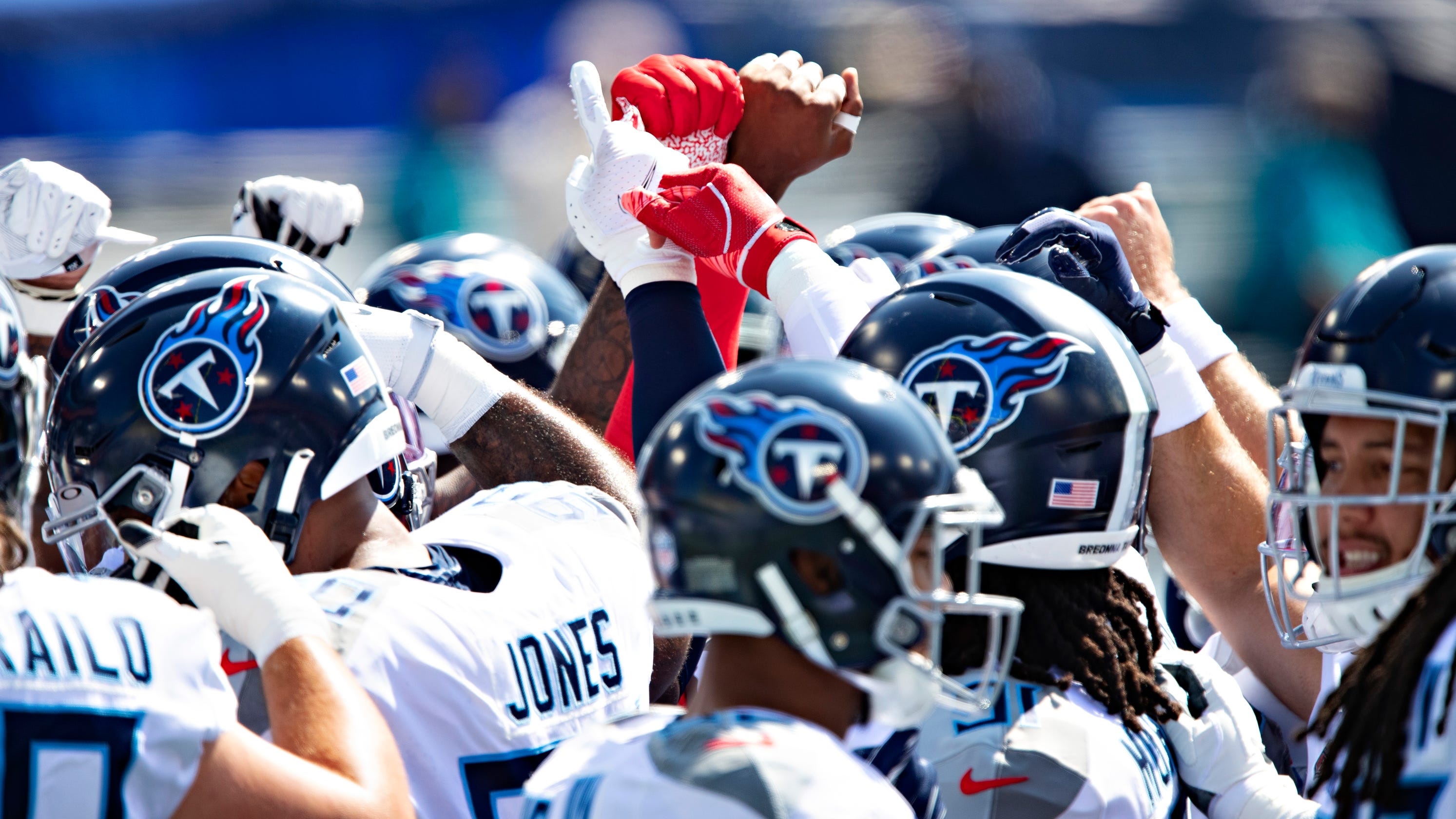 The coronavirus has officially dealt the NFL season its most significant blow yet.

After two more positive test results — one by a player, another from a staffer — brought the number of COVID-19 cases within the Tennessee Titans to 11, NFL officials decided to indefinitely postpone this Sunday’s game between Tennessee and the Pittsburgh Steelers.

Originally, the league eyed Monday or Tuesday as the makeup date. NFL brass hoped an extra 24-48 hours would allow for additional testing and adequate preparation for the Titans.

But now, with the outbreak having expanded — and additional positive tests possible — the NFL rightfully has pulled the plug. The rescheduled date remains undetermined, but Week 7 (Tennessee’s original bye week) ranks among the possible scenarios. Moving the game to that date would require some finagling, as Pittsburgh’s schedule calls for it to play Baltimore in Week 7 before the Steelers’ and Ravens’ Week 8 bye.

But reworking the schedule is a cinch in the grand scheme of things.

It’s of utmost importance that Titans players and coaches, the NFL’s 31 other teams and fans learn a serious lesson on vigilance as the nation continues to try to fend off the coronavirus.

Before we start all the hand-wringing about what Sunday’s postponement will do to our fantasy football teams and sports-betting habits, let’s not forget that the health of human beings — the players, coaches and staff members, and all of their families — has been jeopardized. We still don’t even know what kind of long-term effects lie ahead for people who contract COVID-19.

And that’s what matters most.

Players of the Tennessee Titans huddle together before a game against the Jacksonville Jaguars at Nissan Stadium on September 20, 2020 in Nashville, Tennessee. (Photo: Wesley Hitt, Getty Images)

It’s easy to forget, as too often fans callously fail to view athletes and coaches as people. Instead, they see them as these play-things or dispensable creatures intended for their pleasure. The league’s owners often forget as well. These are their money-makers. Even league officials fall into the show-must-go-on trap of focusing squarely on dollar signs and logistics rather than the human element involved.

Titans coach Mike Vrabel said even his initial talks with NFL officials about the response to the outbreak consisted only of protocol and orchestration.

“I would’ve liked to have heard from the league, ‘How are those individuals are feeling?’ There’s a personal side to this that we look past,” Vrabel said on Tuesday, a hint of agitation in his voice.

So pause for a moment and think better of grumbling about trivial alterations to your modes of entertainment, because there are many layers to this.

Vrabel didn’t concern himself with asking how the coronavirus found its way into his locker room and coaching staff. That was a pointless exercise.

“Nobody is to blame,” he said, emphasizing that the Titans had followed league protocol to the letter. “We’re in a pandemic. Unfortunately, things happen.”

Before the season, chief medical officer Dr. Allen Sills stressed that the safety measures put in place by the league would help minimize the spread of COVID-19, but that there was no way to entirely avoid it.

The NFL still has tried feverishly to prevent an outbreak like this.

Officials tried to convey to coaches a message of strict accountability and commitment, hoping the coaches would then pass that lesson onto their players and the public.

Vrabel said on Thursday his team very well could have even more rigid protocols in place once permitted to re-enter their headquarters. The NFL sent a memo later in the day outlining new requirements, including mask-wearing at practices. The league’s bolded instruction was for all personnel to :act as if every person you come in contact with has a [COVID-19] infection and take appropriate precautions.”

League-wide, the message should have come through loud and clear about the fragility of the safety measures previously in place, and about the frightening ease and rate of speed at which the virus spreads.

The protocols obviously are not foolproof, but to have the best chance of completing the season without interruption, the league also needs all parties involved to understand that they can’t get sloppy — not at team facilities and not in their home and social lives.

There’s no NFL bubble. This isn’t the NBA, where players and team personnel are isolated from the outside world. Parents are going home to their kids and otherwise encountering family members who could have been unknowingly carrying the virus.

An asymptomatic player or coach could have been the one to start the spread — no different than the person at your gym, your kid’s school or even you.

We shouldn’t assume that reckless behavior led to this outbreak. But it’s always possible that lukewarm adherence opened the door. For instance, while Nashville requires face coverings in public, nearby communities, like Brentwood, where many Titans players reside, do not. If they weren’t already, to avoid another such outbreak, Titans players and coaches may have to go above and beyond what local guidelines required of them. The same applies to teams in other cities.

Fortunately for the NFL and its teams, the Players Association insisted on daily testing back when they held their negotiations with owners over how to stage a season amid a pandemic. The early results were promising, with few confirmed positive tests by players — including none from Sept. 13-19 — in recent weeks. Rapid detection, meanwhile, helped the Titans identify the cases within their team. But despite that daily testing and all thecontact tracing, it still wasn’t enough to prevent a spread.

A game between two teams has been postponed, and their bye weeks align closely enough that the league should be able to reshuffle plans with minimal headaches.

But again, schedule shuffling pale in comparison to health and safety risks.

Hopefully the NFL and its players can learn from this incident and react accordingly. Hopefully all of us can.