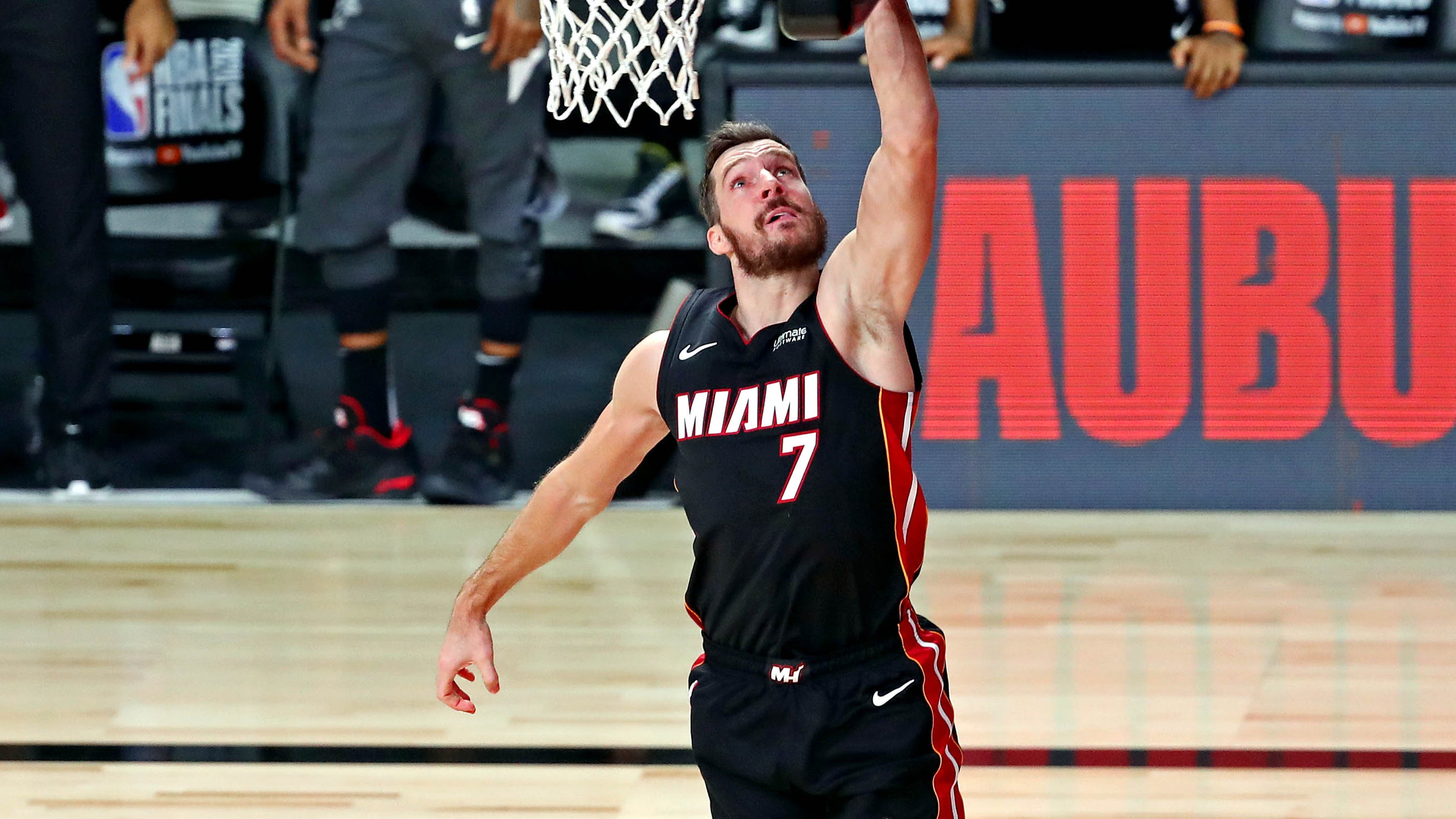 The Miami Heat pledged to avoid the kind of performance that led to an 18-point loss to the Los Angeles Lakers in Game 1 of the NBA Finals. But Miami will have to do so while dealing with similar circumstances that contributed to the outcome.

The Heat considered it doubtful that guard Goran Dragic (torn plantar fascia in left foot) and forward Bam Adebayo (left neck strain) will play in Game 2 after both were sidelined in Game 1. After hobbling throughout Game 1 with his left ankle, Jimmy Butler described himself as feeling OK while wearing a wrap on his left ankle following practice Thursday.

Still, Butler vowed that he will play Game 2 on Friday.

“Nobody cares. As long as I suit up and go out there and compete, I’m expected to produce and try to help win,” Butler said. “So if I suit up, which I will, better win the game.”

Still, the Heat talked more about its determination about rectifying a Game 1 loss than expressing concern that a possible absence both to Dragic and Adebayo could contribute to another defeat.

“This is when you feel most alive, when you’re being tested competitively and challenged in new ways and different ways,” Heat coach Erik Spoelstra said. “This is a quality opponent. This is the way the whole playoff system is supposed to be set up. It’s supposed to get tougher and more challenging every single round and may the best team win at the very end.”

Against the Lakers, the Heat hardly looked like the team that eliminated the Indiana Pacers and Milwaukee Bucks in five games of each series. The Heat did not look like the team that beat the Boston Celtics in six games in the Eastern Conference Finals amid clutch performances from its stars and role players. Instead, the Heat looked battered in various ways.

It started with its injuries.

Adebayo left Game 1 with six minutes left in the third quarter. Although X-rays came back negative, Adebayo received an MRI on Thursday that revealed his neck injury. Spoelstra said Adebayo’s ailment was different from a left shoulder injury he suffered after tangling with Celtics guard Jayson Tatum last week in Game 4. Because of those issues, the Heat lack a versatile center who averaged 17.8 points and 10.9 rebounds during the playoffs.

As for Dragic, he appeared in pain when he drove past Lakers guard Rajon Rondo in the second quarter. But Dragic remained on the court. He then missed the second half and finished with only six points and three assists, far from his playoff average of 19.9 points per game. Although he has been able to put pressure on his left foot, Dragic’s status in the Finals appears in jeopardy.

“It’s just tough to see him in this position because he cares about the game, cares about his teammates, and he really wants to win,” Butler said. “Obviously, we want him out there with us. We know that we need him. He’s been huge for us in the playoffs all year long in the sense of doing whatever he was asked to do, come off the bench, start, score, facilitate, whatever. But it’s bigger than basketball. We care about him as a person. We want him to be right.”

Yet, the Heat’s issues reach beyond their health.

Miami also had issues with its play. The Lakers leaned on their star duo in Anthony Davis (34 points, nine rebounds, five assists) and LeBron James (25 points, 13 rebounds, nine assists). The Lakers outmanned the Heat on the boards (54-36) because of their physicality. And the Heat frequently gave the Lakers open looks from 3-point range (15-of-38) as well as trips to the free-throw line (25-of-27).

“They probably think they’re going to do it to us three more times in a row. I beg to differ,” Butler said. “Nobody picked us to be here. We embrace it. We love it. But we know that we can win. We do, but we know that we’ve got to play perfect, man. We know we can’t not rebound and not get back. So coming into Game 2, all the adversity, backs against the wall, yadda, yadda, yadda, we got to win.”

The reason for the Heat’s optimism?

Miami has leaned on Butler’s clutch play. It has seen rookie Tyler Herro and veteran Jae Crowder become dependable with their outside shooting. And it has benefitted from Andre Iguodala’s positional versatility and leadership. Despite its Game 1 loss, the Heat became comforted with Kendrick Nunn’s effort (18 points).

“It’s all hands on deck, and it’s not like the guys that were potentially sliding into the rotation haven’t played before,” Spoelstra said. “These guys have confidence and have played big roles for us all year long. Our depth has been one of our biggest strengths. It’s not just coach speak. We’ve utilized our depth all year long.”