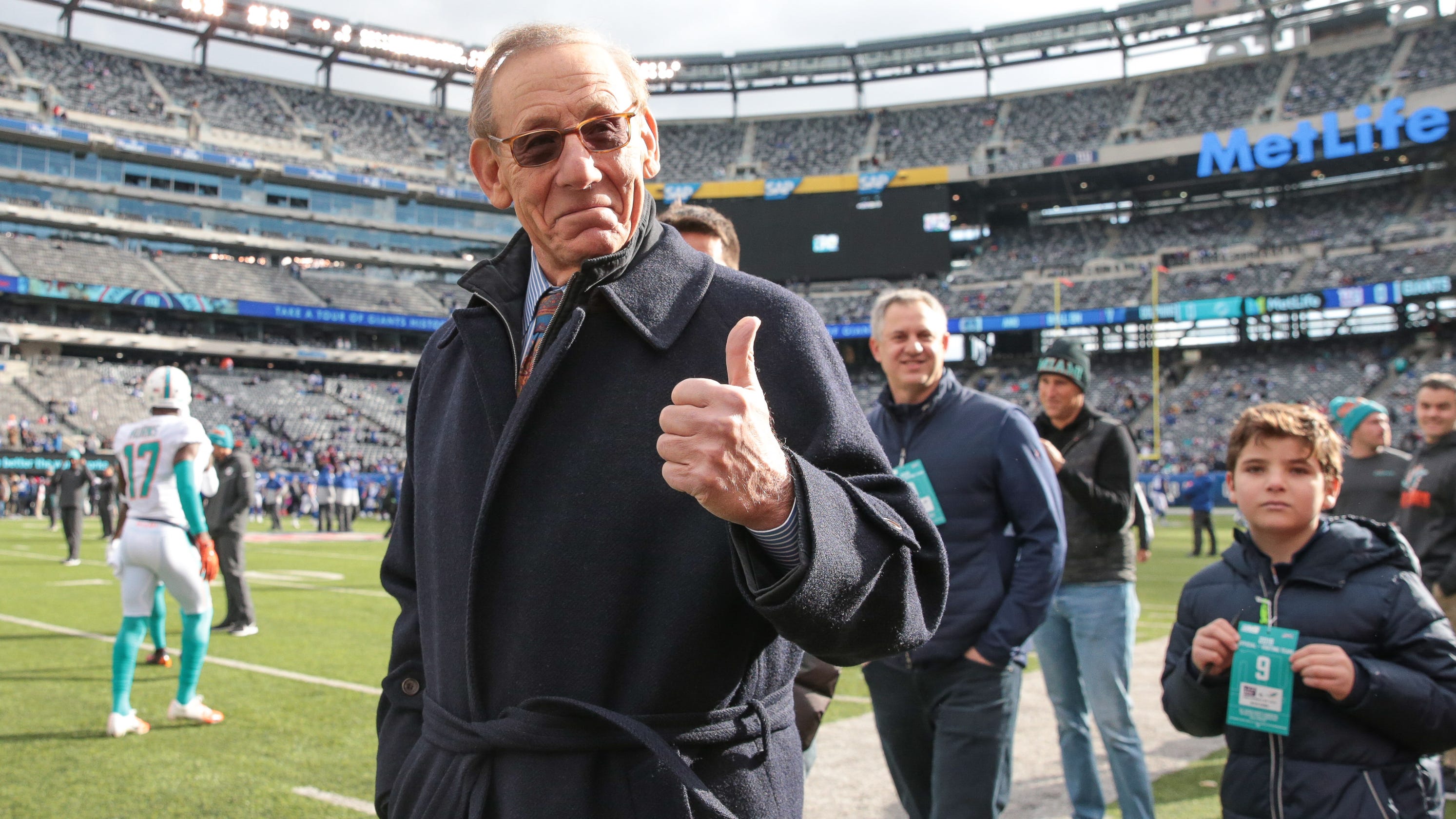 Maybe you’ve noticed the not-so-subliminal messages the NFL has imprinted in end zones:

It Takes All Of Us.

What a noble cause, NFL. Colin Kaepernick is still blackballed (and joined this season by his silent-protesting pal, Eric Reid) but the league is trying to move the chains, so to speak, toward the end zone of progressiveness. There’s an inspiring marketing campaign. Millions of dollars in funding for social initiatives. Action plans. Statements. Even Roger Goodell is on video expressing that Black lives matter.

Now juxtapose that vibe with money that has flowed from several NFL owners toward political causes during this election cycle.

According to a USA TODAY Sports analysis of donations from NFL owners, nearly 90% of the cash has supported candidates and interests of a Republican Party headed by President Trump – who this week again wouldn’t denounce white supremacy, has refused to acknowledge systemic racism, ordered an attack on peaceful protestors near the White House and has moved to end racial sensitivity training at federal agencies. Among other issues.

Sure, there are candidates on all levels. But the tone comes from the top and is manifested through policies and actions that are hardly progressive. The team owners who are down with this – and no, NFL owners are not a monolithic group – should really take stock of the messages in their end zones.

“On one hand, they are telling us they care,” said Rashad Robinson, president of Color of Change, a racial justice organization. “On the other hand, they are literally handing over millions of dollars to make life harder for Black people and Black communities.

“They are not just standing in the way of progress, they are actively trying to hurt our communities through the monies that they are donating.”

Collectively, NFL owners contributed roughly $3.8 million during 2019 and 2020, through the last release of Federal Election Commission data as of Sept. 20. That total is barely a ripple when considering that Trump’s campaign has raised more than $1.3 billion and Democratic candidate Joe Biden’s campaign has collected $990 million.

Still, it’s striking that in the measure of a simple head count, more individual NFL owners have made contributions to Biden’s campaign than to Trump’s, a person with knowledge of the donations told USA TODAY Sports. They spoke on condition of anonymity because of the sensitivity of the issue. They listed Arthur Blank (Falcons), Art Rooney II (Steelers), Stan Kroenke (Rams), Zygi Wilf (Vikings) and Jeffrey Lurie (Eagles) as donating to Biden, although USA TODAY Sports has not independently confirmed donations for Lurie and Kroenke. Three owners, Woody Johnson (Jets), Mike Brown (Bengals) and Ed Glazer (Bucs) have donated to Trump’s campaign.

Yet a 5-3 margin is hardly reflective of a more defining measure: money.

Rank the NFL owners by the amounts of their contributions and the top seven – Johnson, Dee and Jimmy Haslam (Browns), Stephen Ross (Dolphins), Glazer, Michael Bidwill (Cardinals), Brown – have almost exclusively donated to Republicans. Johnson, serving a Trump appointment as Ambassador to Great Britain and currently not actively operating the Jets, is the leading donor at $1.99 million.

NFL players, meanwhile, identify police accountability as the top issue they want resolved with legislative action, given repeated cases of police violence inflicted upon unarmed minorities. Yet the George Floyd Justice in Policing Act that was passed in the Democratic-controlled House remains stalled in a Republican-controlled Senate. There’s the hypocrisy that some NFL owners reflect. Supporting the concerns of players, most of whom in the NFL are African-Americans, often doesn’t square with enabling politicians resistant to changing laws that could address police misconduct.

It takes all of us?

And let’s not forget that in the last presidential election cycle, nine NFL owners – including Robert Kraft (Patriots) and Jerry Jones (Cowboys), were tapped by Trump this year for an advisory panel for guidance in reopening sports amid the pandemic – contributed on average more than $800,000 each individually or through their businesses to Trump’s inauguration committee.

No NFL owner, though, epitomizes mixed messages quite like Ross. His franchise is one of the more progressive in the league, the only NFL team with an African-American general manager (Chris Grier) and an African-American coach (Brian Flores). And did you see the video from Dolphins players that was released before the season opener? Just classic. They explained why they would stay in the locker room during the national anthem, derided “fluff and empty” gestures from the NFL and called on team owners to better flex their political power for social causes.

Ross has generally supported players with his public comments and in 2015 founded RISE (Ross Initiative in Sports for Equality), a nonprofit organization with its stated mission including social justice and unity. In June, Ross committed $13 million over four years to RISE to fight systemic racism, increasing his total commitment to $30 million.

Yet this is the same Ross who hosted a fund-raiser for Trump in 2019 that, per reports, netted $12 million, extending far beyond his $240,000 in political donations. It’s no wonder that Kenny Stills (now a former Dolphins receiver, traded to the Texans in 2019) criticized Ross for trying to straddle “both sides of the fence.”

How in the world could Ross align himself as such?

Ross could not be reached by USA TODAY Sports for comment this week, but in a statement responding to the heat he took in 2019 over the fundraiser maintained that during 40 years of associating with Trump, “While we agree on some issues, we strongly disagree on many others and I have never been bashful about expressing my opinion.”

Says Robinson: “It’s easy to play both sides if these issues, day in and day out, don’t impact you and your family. A lot of these owners are very comfortable being complicit as long as it’s benefiting them.”

Undoubtedly, business and politics mix. Always have. Yet people need to come first. It’s still possible to succeed in business while guided by principles that serve a greater good. Maybe that’s the next message that should be imprinted in NFL end zones.