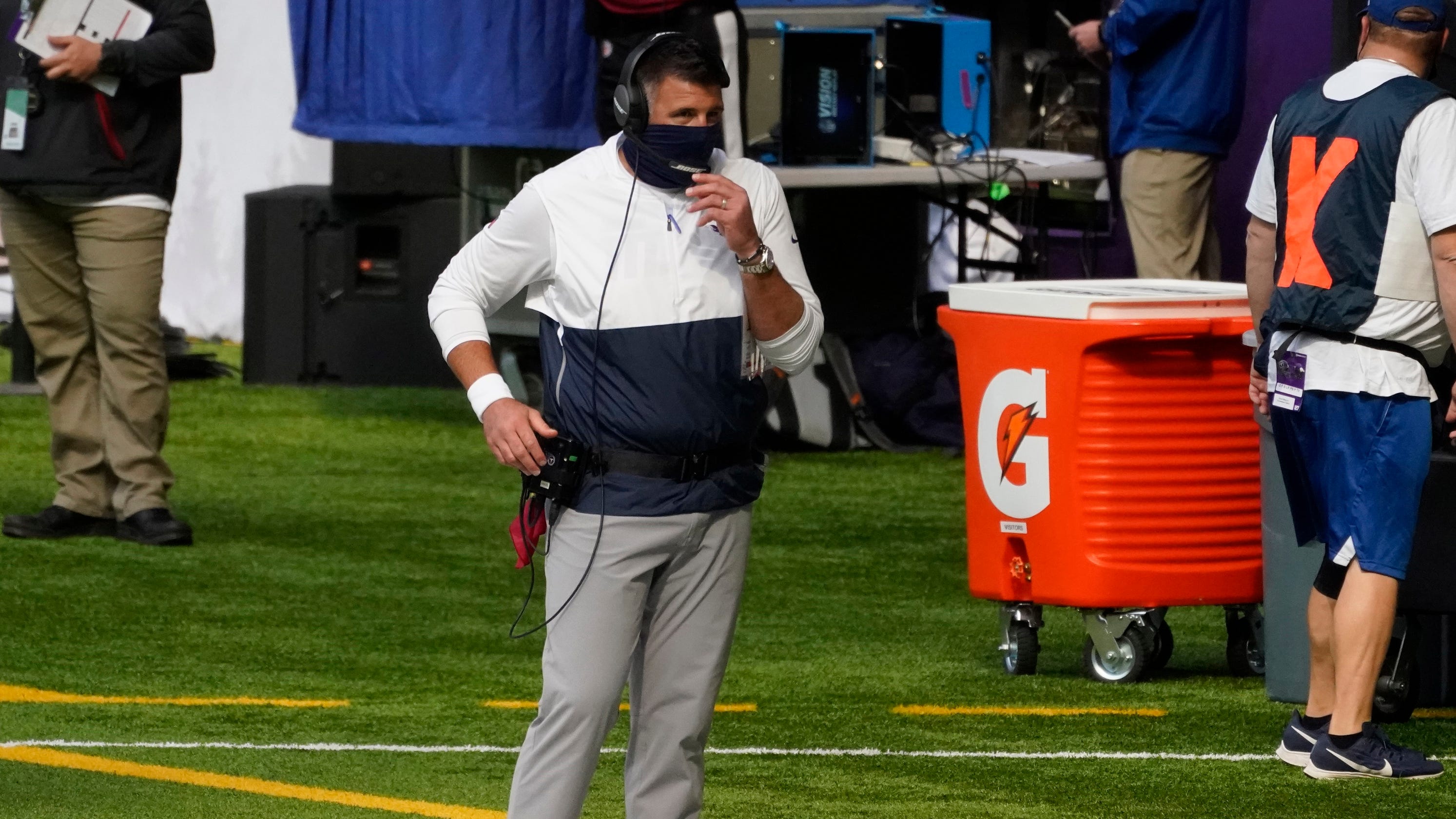 Titans coach Mike Vrabel told his team at 8:30 a.m. Thursday that their Week 4 game against the Steelers had been postponed until a yet-to-be-announced date, and that, beginning immediately, they were on their bye week.

It was “the safe and smart decision” by the NFL, Vrabel said Thursday, just hours after the league announced that another two members of the Titans — one player and one team personnel — had tested positive for COVID-19, bringing the team’s total number of positive cases to 12 in the past week.

But the news still packed a punch.

“I think they were somewhat shocked,” Vrabel said. “They wanted to play. They were preparing to play. But I think that they understood and realized why the decision was made. I think that they’ll handle this like they do everything else — with professionalism, with understanding and a compassion to not only ourselves, but those people that have been affected.”

As they deal with the league’s first teamwide coronavirus outbreak, the Titans have had their team facility closed since Tuesday. Vrabel said he hopes they can reopen on Monday or Tuesday. In the interim, players have been reminded not to gather with each other.

“We’ll probably have different protocols that we’ll have to follow when we go back into the building,” Vrabel said. “And we’ll do exactly what the league asks us to do for the safety of the players and their families, and our staff and their families.”

Vrabel on Wednesday said some of those who tested positively are dealing with flu-like symptoms. A few are starting to feel better, he said Thursday.

The Titans coach said he “thinks he has an idea” of when Titans-Steelers could be played, but didn’t want to speak on behalf of the league.

Titans vs. Steelers: What’s the precedent for a canceled game? What are the options if it’s postponed?

For now, though, the Titans’ focus turns to the Buffalo Bills, their Week 5 opponent, and taking a moment to rest up.

“What we’re focused on as a team right now is using these next few days like we would a normal bye week, to mentally and physically prepare ourselves for a push for the rest of the season,” Vrabel said. “That’s what I explained to the team. I was part of a (New England Patriots) team in 2001 that, after the 9/11 incident, played 14 straight games and won the Super Bowl that year.

“However many we have to play in a row, that’s what we’ll prepare for. But our focus, our singular focus is on next week, which would be Buffalo.”

The Titans’ COVID-19 troubles began Saturday, when Titans outside linebackers coach Shane Bowen tested positive for the virus. He did not travel with the team to Minnesota for their Week 3 game. On Tuesday, five team personnel and three players — defensive lineman DaQuan Jones, long snapper Beau Brinkley and practice squad tight end Tommy Hudson —   also tested positive. Then, on Wednesday, one more player, outside linebacker Kamalei Correa, also tested positive. The NFL then announced that the Titans-Steelers game originally scheduled for Sunday had been postponed until Monday or Tuesday before Thursday’s announcement pushed it back even further.

The move ensures the Titans won’t have to play on a shortened week of practice, and also allows a handful of injured players — cornerback Adoree’ Jackson (knee, wide receiver A.J. Brown (knee) and left tackle Taylor Lewan (shoulder) among them — additional time to recover.

“That was my message to the team: If this is going to be our bye week, there’s a lot of players that can use this time advantageously to possibly return for us to continue to improve and play better,” Vrabel said. “I told them try to mentally recover from an emotional few days so that we can proceed with our season and build on a 3-0 start.”