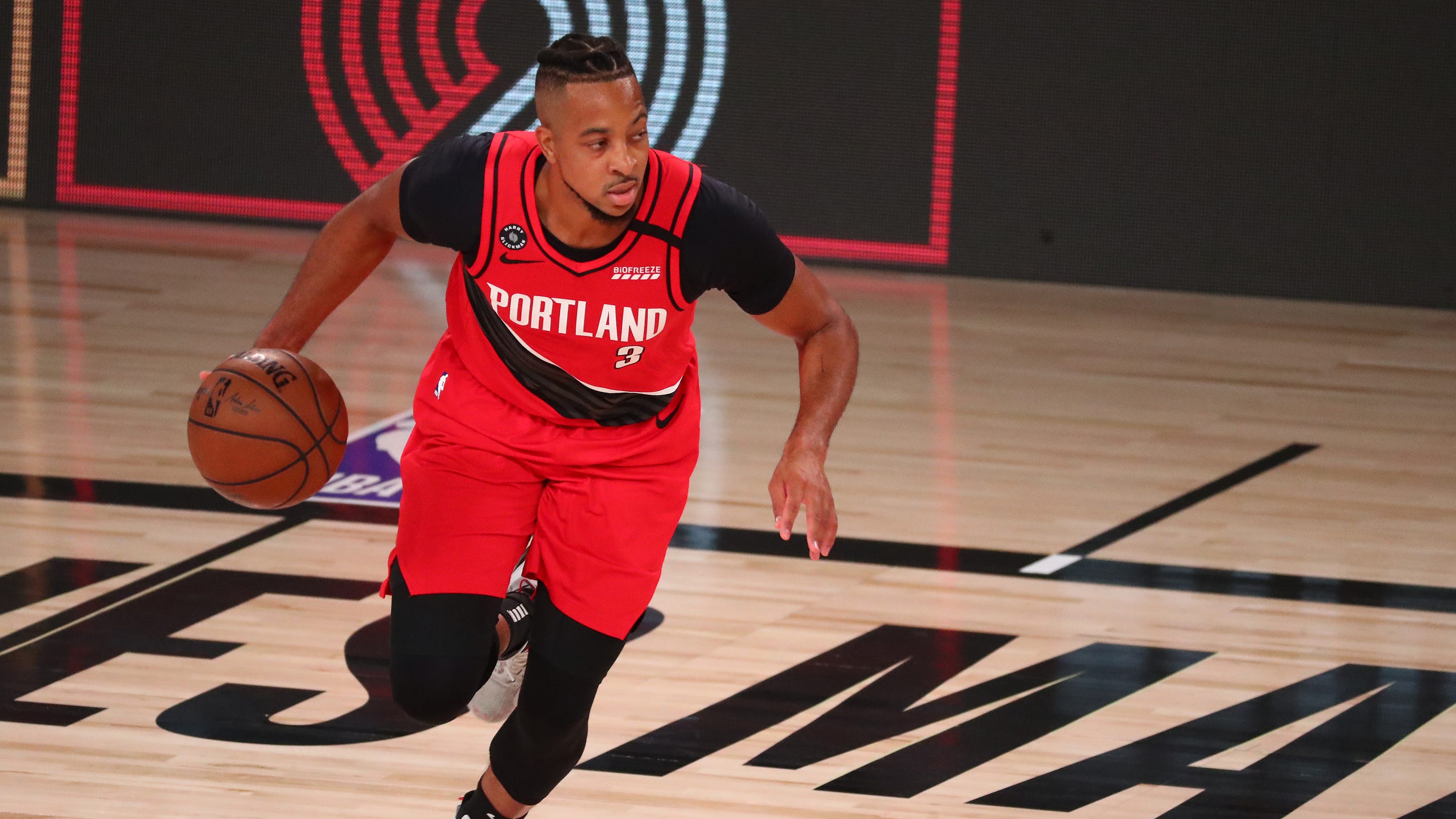 Blazers’ C.J. McCollum hated debate, but it energized him for his show

SportsPulse: NBA Commissioner Adam Silver responded to a question about the lack of Black head coaches in the league and if he’d consider implementing a ‘Rooney Rule’ for minority head coach candidates.

Amid frustration with the name-calling and interruptions during the presidential debate between Donald Trump and Joe Biden, Portland Trail Blazers guard C.J. McCollum turned to a dependable source to get him through the night.

“I did enjoy some wine after that. I’m sure most of America enjoyed a drink after witnessing that,” McCollum told USA TODAY Sports. “It’s a joking moment, but it’s also serious. I’m sure everyone felt distressed with the tension and uncertainty that comes from those types of moments. You start to think we could be in some serious trouble.”

As he endured the 90-minute debate Tuesday night, the experience only reinforced the thought process behind McCollum’s latest project. He spent the past year brainstorming and ultimately partnering with PlayersTV, an athlete majority-owned channel that McCollum has invested in with hopes to improve civic discourse. PlayersTV will feature McCollum hosting “ReMaking America,” a talk show that plans to feature interviews with athletes, politicians, community leaders and activists about social issues.

The show plans to begin production this month and launch shortly before Election Day on Nov. 3 through the channel’s distribution platforms, including Samsung TV Plus and SLING TV’s streaming services. McCollum plans to interview vice presidential candidate Kamala Harris, although a date hasn’t been set. He also is pursuing interviews with author Malcolm Gladwell and NBA Hall of Famer Bill Russell, among others, to speak about their professions, life experiences and societal issues.

“I haven’t spoken to her personally before this. Obviously she’s getting ready for a debate soon, and has her attention focused on other things,” McCollum said about his upcoming interview with Harris. “But PlayersTV continues to be in contact with her group and figure out the next step with what that looks like. We’re just excited to be able to have conversations with crucial figures in this world with not just athletes and politicians, but with community leaders, activists and people that are looking to make a change.”

McCollum has made various efforts on that front.

He serves as a vice president on the NBA players union executive committee, which worked with the league to resume the season at a quarantine site beginning in July while using that platform to speak out on systemic racism. After the Milwaukee Bucks staged a walkoff before a playoff game against the Orlando Magic following the shooting of Jacob Blake, McCollum was among many who urged the players to resume the season partly so they still had a platform.

McCollum also has worked with “More Than a Vote,” an initiative Los Angeles Lakers star LeBron James has overseen to improve voter turnout and reduce voter suppression in the Black community.

But after the Trail Blazers lost in the first round to the Lakers in the playoffs, McCollum expanded his focus toward PlayersTV, which also has investments from other NBA players (Chris Paul, Kyrie Irving, Carmelo Anthony, Anthony Tolliver), an MLB Hall of Famer (Ken Griffey Jr.), an All-Star pitcher (Trevor Bauer) and NFL players (Travis Kelce, Vernon Davis). Before the Trail Blazers drafted McCollum at No. 10 in 2013, he majored in journalism at Lehigh University and has also hosted a podcast.

Unlike what he saw during the presidential debate, McCollum plans to have his shows offer more substance in both one-on-one interviews and round-table discussions.