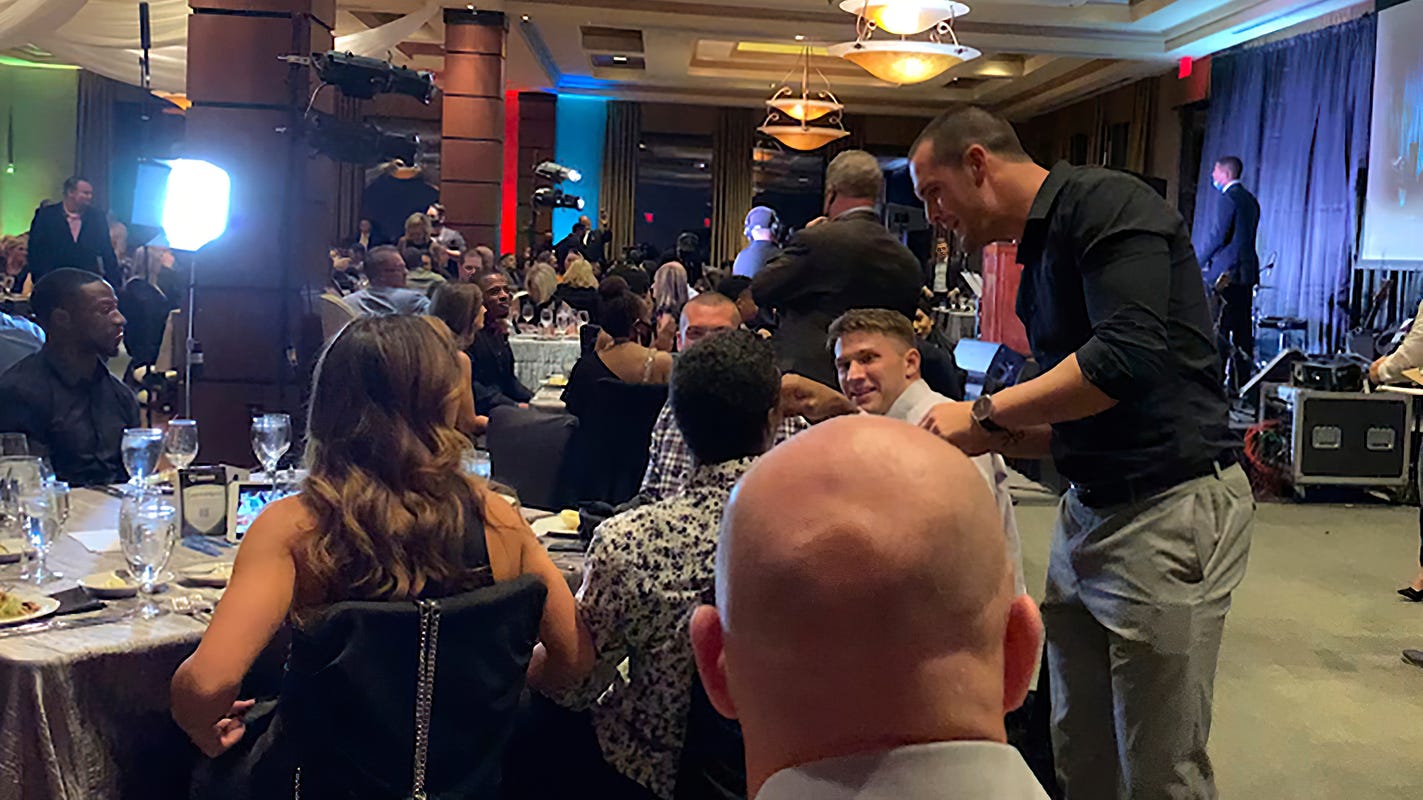 Yet again, members of the Las Vegas Raiders have found themselves under scrutiny for violating COVID-19 protocols in place by local health officials in the league.

“We should have kept the masks on, even if we are coming in and they’re introducing us,” Carr said. “I was just there trying to support Waller. That’s what me and the guys were trying to do.”

Raiders coach Jon Gruden on Wednesday said, “Last night, it was addressed with our players. They walked in with their masks on. Sometimes you go to a restaurant and take your mask off. They’re aware of their mistake. But we’ve done an excellent job of using our manners, taking proper care of each other.”

The NFL fined Gruden $100,000 and the team an additional $250,000 for not properly wearing a mask on the sideline during the Raiders’ Week 2 victory over the New Orleans Saints. On Sunday, ESPN reported the league was investigating whether an unauthorized person entered the locker room following the win, which would have been a violation.

Raiders owner Mark Davis told ESPN “guys have to be more stringent in fighting the virus,” while a NFL spokesperson said the league was looking into the matter.

“I feel like one, we’ve done a fantastic job around here,” Carr told reporters. “I hate that a few moments without our masks on led to a story about our team and all this kind of stuff, especially after the fines that were brought on a couple weeks ago. We felt terrible about that. We addressed it. We talked with coach and we talked with our trainers about what really went down and all that kind of stuff.”

The city of Henderson fined DragonRidge Country Club, which hosted Waller’s event, $2,000 for four violations, including the lack of masks and more than 50 people at an event.

“We signed waivers,” said Carr, who posed for pictures with maskless fans who won his jersey auction. “Hand sanitizer, like crazy. … We weren’t perfect, but we weren’t trying to be careless or reckless. But at the same time, (Waller) had an event for something that meant a lot to him.”

Waller has been public about overcoming addiction issues that impacted him when he first entered the league. He enjoyed a breakout 2019 season, his second with the Raiders, with 90 catches for 1,145 receiving yards and three touchdowns. The Georgia native has 20 receptions (one touchdown) through three games this season.

“They raised so much money that you won’t even begin to imagine how much money they raised to help other people that struggle with addiction, to get them in the right place and things like that,” Carr said of the fundraiser. “My hope and my prayer is that a few moments of us messing up, a few minutes here, where we were seen on camera, not in the private room, in the separate room for an hour, I hope that we don’t lose what was really going on. Because Darren had a great idea. He had a great plan. He wants to help people.”