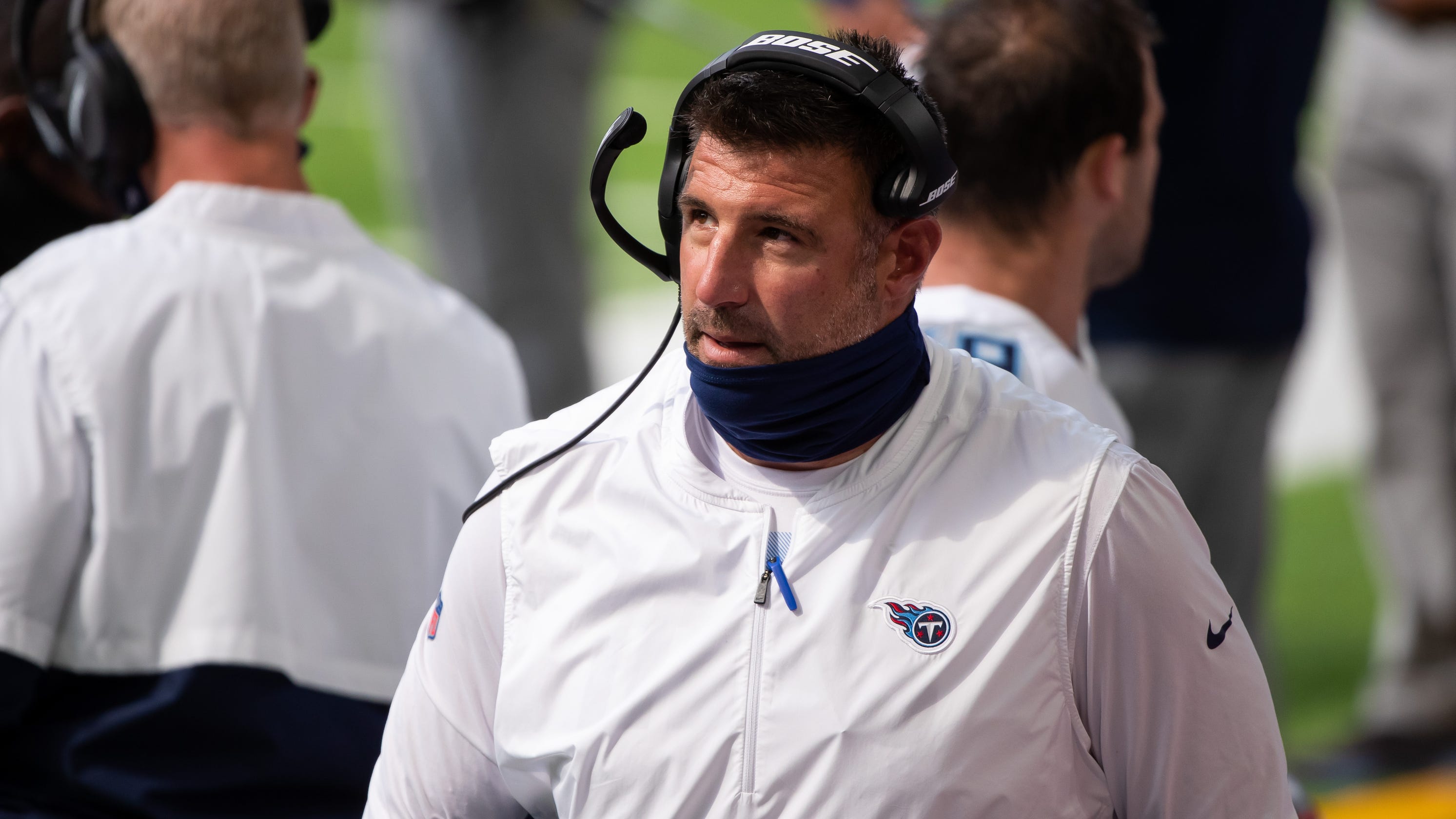 As he kicked off one of the most unusual weeks of his coaching career, Mike Vrabel tried to take the pulse of his team — as effectively as he could through a computer screen — early Wednesday morning.

With the Tennessee Titans’ headquarters shut down until at least Saturday following a COVID-19 outbreak that consists of four players and five staff members testing positive, Vrabel had to pursue alternate modes of communication while awaiting word on when and if his team would face its next opponent, the Pittsburgh Steelers.

Vrabel knew the NFL would postpone Tennessee’s upcoming contest originally scheduled for Sunday. But he had yet to receive a decisive ruling whether the game would take place Monday or Tuesday.

In the meantime, he wanted to learn his players’ views about facing the Steelers without conventional preparation time.

“I asked them questions, tried to engage with them,” Vrabel said in a news conference.

Shortly after he relayed the message from his players during their Zoom conference: “Coach, we’ll play whenever they want us to play, and under any circumstances, we’ll prepare the best that we can.”

NFL teams have encountered unusual challenges throughout the offseason, preseason and regular season. But this week’s encounter with COVID-19 represents an extreme test for Vrabel and the Titans.

With the NFL deciding not to move the game to another week (which would have required reconfiguring bye weeks and other logistical arrangements), the Titans will have to find a way to prepare with limited practice time.

The creativity and leadership of Vrabel and his assistants will be tested, as will the discipline, focus and accountability of their players. Innovation, commitment and an attention to detail will give the Titans their best chance for success.

“It’s not an ideal situation,” quarterback Ryan Tannehill said Wednesday. “But … it’s the hand that we’re dealt, and we have to get ourselves ready to play. Whenever the league says we’ll play, we have to be ready to step on that field no matter the obstacles in our way.”

The quarterback’s viewpoint mirrored those of his teammates, Vrabel said.

“There’s been no pushback. … Guys weren’t looking to point the finger or blame anybody,” the coach said. “They were looking to help us out and make the best of the situation.”

MORE: Nine NFL teams poised for playoff breakthrough in 2020, including two that haven’t gone in more than a decade

For now, the Titans are planning for virtual planning meetings over the next several days and a tentative return to the practice field on Saturday after requisite follow-up testing. Barring an outbreak, the Titans and Steelerswill face off against each other either Monday or Tuesday, the NFL said.

After their initial video conference discussion, Vrabel proceeded with his usual game-week prep kickoff. He began showing his players video footage of recent Steelers games and highlighted his keys to the game before dismissing the men to their unit and positional group Zoom meetings. And from there, the players were free to go about their days.

“Some will have treatment. Some will work out,” Vrabel said. “Some will watch soap operas. I don’t know. But we have to have some kind of accountability and be ready to go. No one instructed them to go practice or do anything of that nature. We’re confident that when we are allowed in the building that the league will give us ample time.

That “ample” time from the league could consist of one or two days of practice, which certainly isn’t the norm. Vrabel and his players said the video meetings felt pretty much like the way they conducted the offseason meetings. But unlike in the offseason, an opponent looms — one that will have had the luxury of a normal practice week.

The NFL has always prided itself on competitive balance, but that certainly will not apply for Tennessee.

But Vrabel and his players can’t dwell on that. Instead, the coach aims to handle this predicament as many teams do in late-season situations in which rampant injuries force them to scale back on practice time. He also likened his approach to a stretch during the 2018 season when Tennessee played three games in 11 days (Nov. 26-Dec. 6).

“I’m sure that the teams that played us (then) had a few extra days of practice,” Vrabel said . “So it’ll be important that the time that we get to spend practicing, that we take advantage.”

Technology will allow the Titans to do all the film study they normally would. But when it comes to game-planning, the coaches will have to simplify their strategies, running the plays with which their units are most comfortable. Fewer alterations to the game plan could rob the Titans of a degree of unpredictability. But a lack of timing and cohesion could prove even more damaging.

Once the Titans do get on the field, the focus likely will center on the most crucial elements of the game — third down and red zone packages.

Beyond that, Vrabel and his coaches will likely harp on discipline and avoiding self-inflicted wounds.

That’s all they can do, really. Just as vigilance and discipline will best position the Titans to manage this outbreak and avoid future such occurrences, the same dedication will give them their best chance of avoiding disaster on the field, even while at a disadvantage.

“We’re not going to use that as any type of excuse,” Vrabel said. “We’ll be ready. We’ll be focused. I don’t know what to tell you. We’re just going to proceed with how we have to do things. This is how we have to function and operate, and that’s that.”