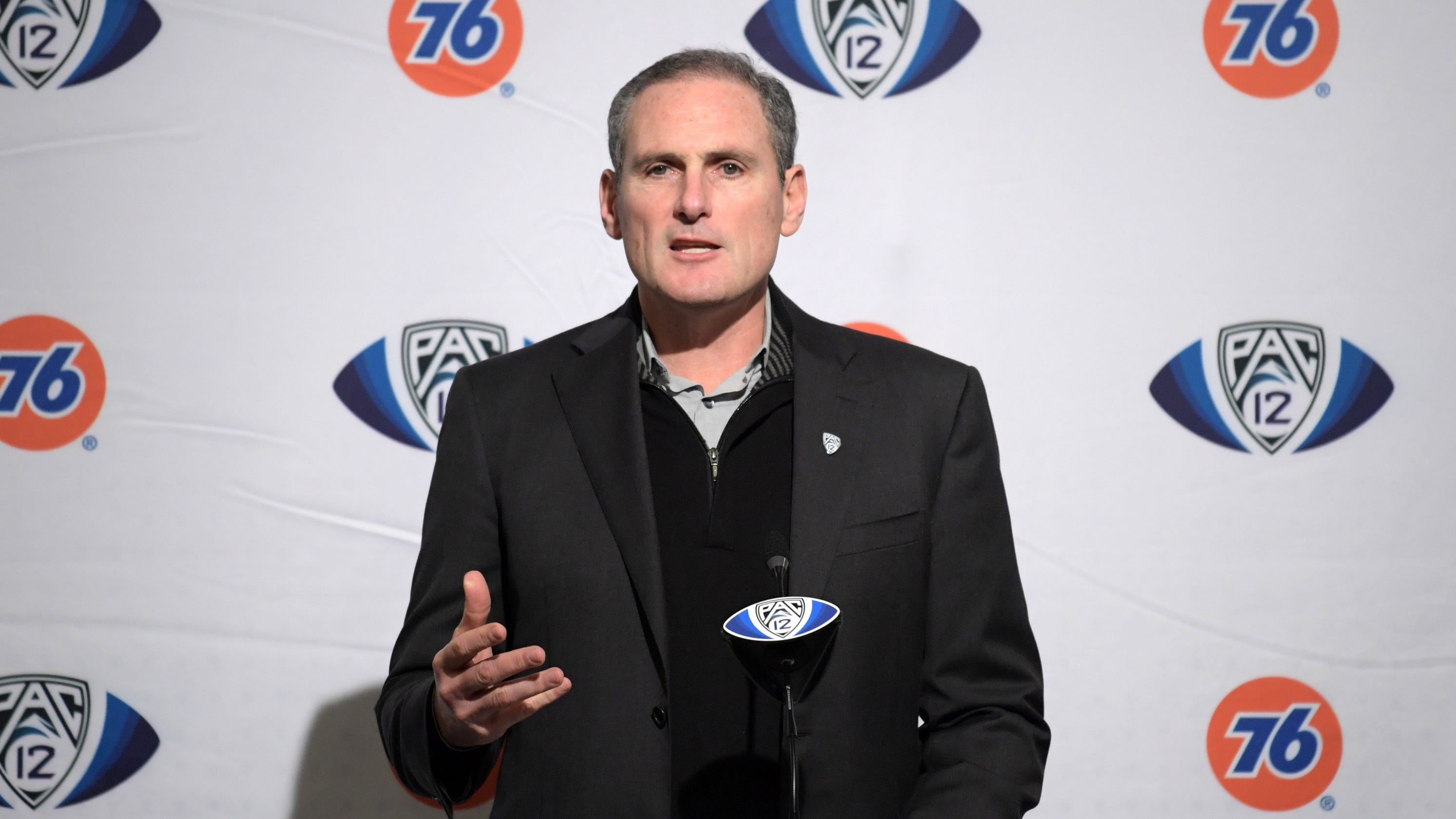 “After thorough, respectful and civil discussion, they decided that the best outcome would be to make no changes in the format, because it would have been such a significant change and would come with so many challenges, especially given that the season is already underway,” Hancock said.

Scott asked the committee to consider expansion because of the impact of COVID-19 on the 2020 season, notably in how restrictions and varied start dates have many conferences playing different numbers of games.

Pac-12 commissioner Larry Scott cited the differences in the number of games each conference is playing as a reason to expand the playoff. (Photo: Kirby Lee, USA TODAY Sports)

Due to the league’s limited number of games compared to its Power Five peers, the Pac-12 would have stood to benefit most from increasing the number of teams in this year’s playoff.

“The committee’s job is to select the best four teams based on the schedules as established by each conference. This is why we have this committee of 13 experts,” Hancock said.

“Clearly there will be challenges this year. We will see what those challenges are and work through them. But the committee’s fundamental mission has not changed.  Whatever the season looks like, the committee will select the best four teams based on the protocol.”

Always a topic of conversation, the fractured regular season and odds of added controversy during this year’s playoff race will undoubtedly fuel calls to expand the postseason format beyond the current four-team bracket. The playoff is in the midst of a 12-year contract that lasts through the 2025-26 postseason.

“Whether it’s six or eight, at some point in time it’s going to happen. We all know it. We all believe it. We’re just going to do it very slowly and very methodically,” said Stanford coach David Shaw.