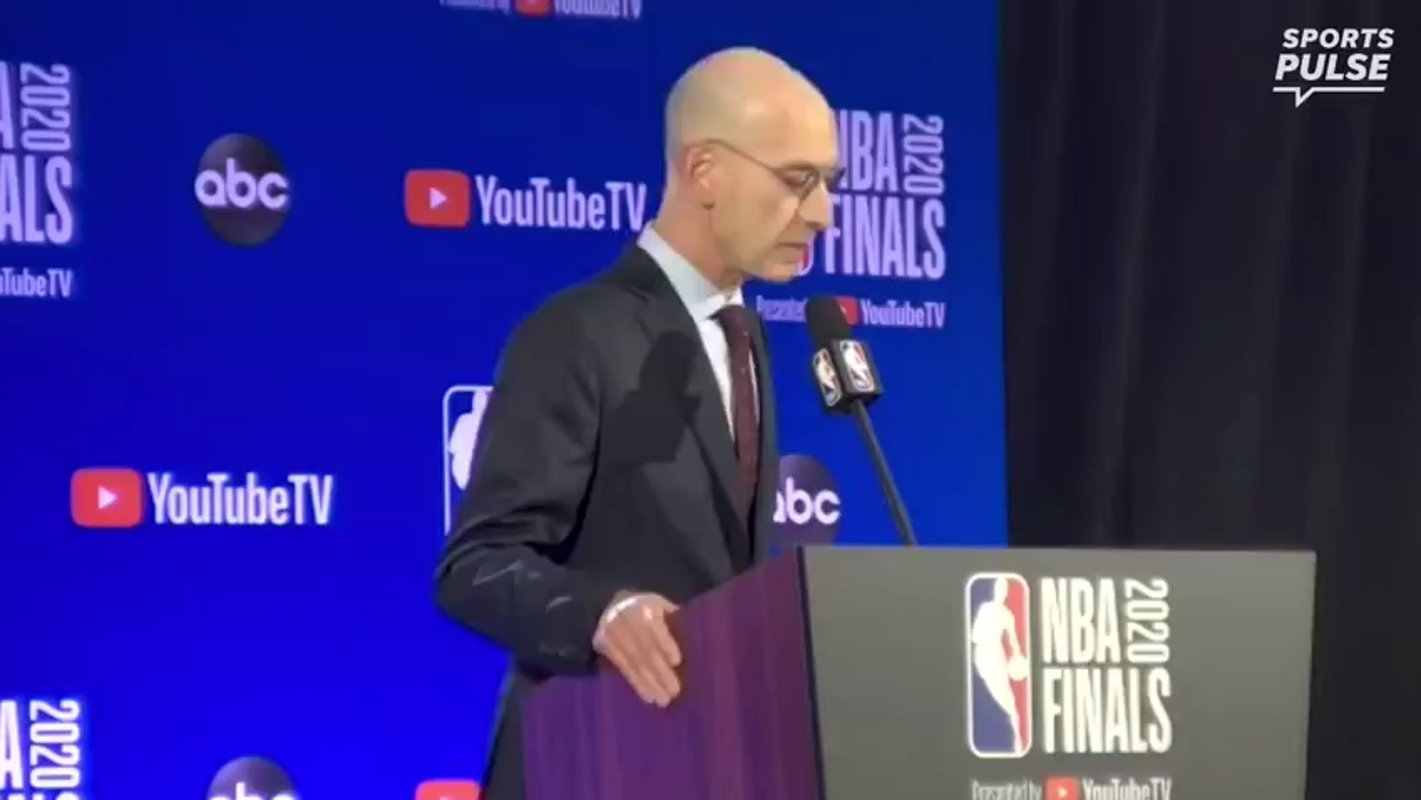 As the NBA pursues its hope to begin next season sometime in January with fans in home arenas, commissioner Adam Silver downplayed whether that scenario hinges on the availability of a safe and proven vaccine.

“Based on everything I’ve read, there’s almost no chance that there will be a vaccine at least that is widely distributed at least before we start the next season. I do not see the development of a vaccine as a prerequisite,” Silver said Wednesday in a press conference before Game 1 of the NBA Finals between the Los Angeles Lakers and the Miami Heat. “My sense with rapid testing is we may not have 19,000 people in the building. We’ll see. But that, with appropriate protocols in terms of distancing and with advanced testing, you will be able to bring fans back into the arenas.”

Silver spoke those words at the ESPN Wide World of Sports Complex where the NBA has resumed its 2019-20 season since late July. Because of the ongoing coronavirus pandemic, the NBA has hosted games without fans while enforcing daily COVID-19 testing, mask wearing before and after games as well as social distancing.

Silver conceded that of the combined 6,500 people on campus that “some of them tested positive” because Disney employees are not quarantined on site and are tested regularly. But he affirmed there have been zero positive cases among players, coaches and team and league members because of those aforementioned protocols as well as the requirement for Disney employees to obey social-distancing, mask-wearing and sanitary rules. Still, NBA players and coaches have spoken frequently about the mental toll due to the extended time away from family, who weren’t allowed to visit until after the first round of the playoffs.

“I hope we don’t have to return to a bubble environment,” Silver said, “but it is something we’ll have to look at.”

But Silver still affirmed his hope to host games with fans next season. Doing so would allow teams to salvage gate revenue lost in ticket sales and concessions after the league suspended the season on March 11. Silver considered it feasible because of ongoing advancement with safety protocols.

“As for fans in seats, it’s certainly our goal, but it is dependent upon some additional advancements. Rapid testing may be the key here,” Silver said. “The question is will there be truly rapid tests, point-of-care testing that don’t get sent to the lab? Are there instant results? There are lot of pharmaceutical companies focused on that. There’s a marketplace for that.”

Yale School of Public Health researchers developed a COVID-19 testing method called SalivaDirect. A collaboration among the NBA, its players union and Yale resulted in players, coaches and staff voluntarily taking the test. The school outlined its purpose “to study the efficacy of a saliva-based method that quickly determines if someone is infected with the novel coronavirus.”

Otherwise, all bubble participants received daily testing that entailed a mouth swab and a nasal swab. The turnaround time for results usually has been between 13-15 hours. Since then, Silver estimated that about 25 percent of Florida residents have been tested. But he admitted this setup will also hinge on health protocols and testing availabilities among local municipalities.

“When we were first coming into Orlando, one of the biggest considerations, and we talked openly about this, was ‘Would there be sufficient testing?’ We’re now at that point,” Silver said. “There appears to be ample testing.”

Still, the NBA Finals aren’t scheduled to end until as late as Oct. 13 and a virtual draft is scheduled for Nov. 18. After that, Silver conceded “a lot could change between now and then.”