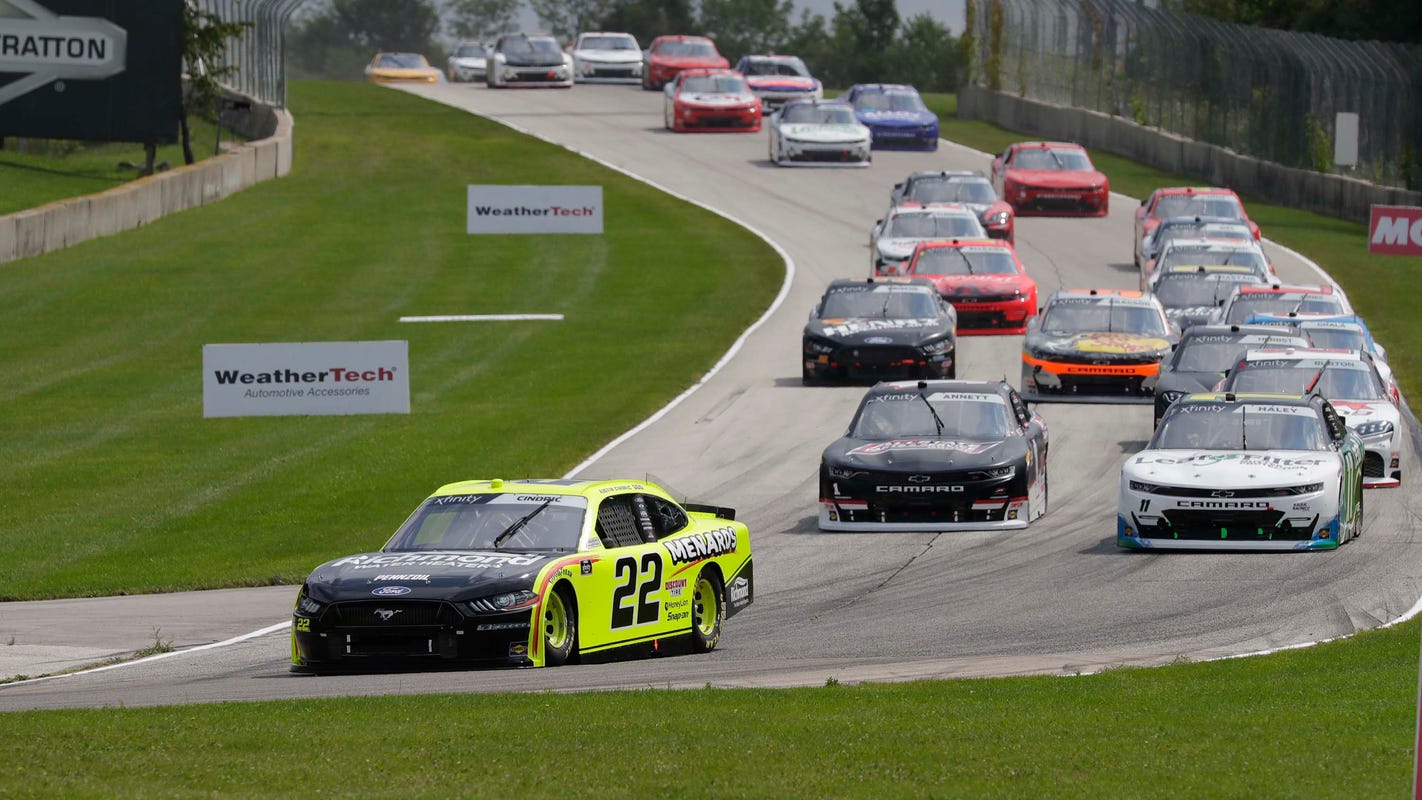 The 2021 NASCAR Cup Series schedule will feature an increase in road course races, new venues and a return to dirt.

There are many notable changes, starting with Homestead-Miami Speedway moving to the second race of the year after the Daytona 500. Nashville, Circuit of The Americas (Austin, Texas), Road America (Elkhart Lake, Wisconsin) and the Indianapolis road course, are new to the schedule.

Bristol will be covered in dirt for its spring race. It will be the first Cup Series dirt race since 1970.

“We’re excited for our fans,” said O’Donnell. “It’s a historic schedule; the most changes since 1969. All of that couldn’t have happened, however, without the cooperation of the entire industry… The primary goal for us was to continue to evolve the schedule, to continue to build it, to continue to listen to the fans.

“2021, we believe is a really bold step in that direction, but we’re not done. There’s 2022 and beyond, where we’ll continue to look at making changes that we believe are in the best interest of the sport in key markets and key iconic racetracks as well. We’re going to continue the journey.”

Formula One hosts the United States Grand Prix at the Circuit of the Americas in Austin, Texas. (Photo: Jerome Miron, USA TODAY Sports)

As previously revealed, Chicagoland and Kentucky have lost their only race date, while Dover and Michigan lost a second race. On the other side, Atlanta and Darlington have added a second event. Pocono Raceway keeps its June doubleheader.

COTA joins Indianapolis — announced this morning — and Road America as new road course events. Cup Series teams already compete at Sonoma, Watkins Glen, and the Charlotte Roval. The May 23, 2021 race will be the first time NASCAR has visited COTA.

“Our company is proud to have a 60-year history of fabulous firsts in motorsports entertainment, and we are honored to bring America’s premier racing series to one of the world’s most renowned entertainment venues and cities for the very first time,” said Speedway Motorsports President and CEO Marcus Smith.

“I’d like to thank COTA CEO Bobby Epstein as well as NASCAR’s executive leadership for supporting us in an endeavor to do something that we believe will be spectacular for race fans, not only in Texas but around the world. We work and challenge ourselves every day at Speedway Motorsports to create amazing experiences that will last a lifetime, and we know NASCAR at COTA will deliver in 2021.”

Circuit of The Americas has hosted Formula 1, IndyCar and MotoGP races. Three-time NASCAR champion Tony Stewart drove a stock car around the course in a demonstration run last year.

“I’m grateful for Marcus Smith’s vision and determination to make this event possible,” said track CEO and Chairman Bobby Epstein. “His teams in Charlotte and at Texas Motor Speedway have created a spirit of partnership that will make for a spectacular weekend of fun and competition. Speedway Motorsports, along with the leadership at NASCAR, have a ‘Fans First’ attitude and have responded to everyone who has long desired to see a Cup Series race at COTA.

“Fans who’ve been here before will witness stock car racing at its finest for the first time, and first-time visitors will be amazed at the views and friendly experience. It will be our pleasure to write another chapter of motorsports history alongside Speedway Motorsports and NASCAR in 2021.”

“Since we welcomed the NASCAR Xfinity Series in 2010, our fans have been asking for the NASCAR Cup Series, and we are very proud to make it happen on the Fourth of July,” said Road America’s President and General Manager Mike Kertscher. “The weekend is going to be memorable and exciting for everyone as we celebrate Independence Day at ‘America’s National Park of Speed.”

Many crucial details about ’21, like start times, race length, and even format, remain unknown. However, O’Donnell did confirm that the sport will continue to utilize one-day shows at many races next season.

Bigger events such as the Daytona 500, Coke 600, and the championship race at Phoenix will have practice and qualifying, as well as all the new venues and configurations – Bristol dirt, Nashville, COTA, Road America, Indianapolis.

“We’ve certainly learned a lot this year, mostly good in terms of some efficiencies we can see,” said O’Donnell. “We want race fans back at the track. We want race fans to see qualifying and practice. We also know that as we look forward to 2021, there’s still an unknown.

“The race teams have asked us… to be efficient as we can in 2021 on our journey to the Next Gen car. What you’ll see us to is a combination in terms of what we’re going to deliver for our fans.”