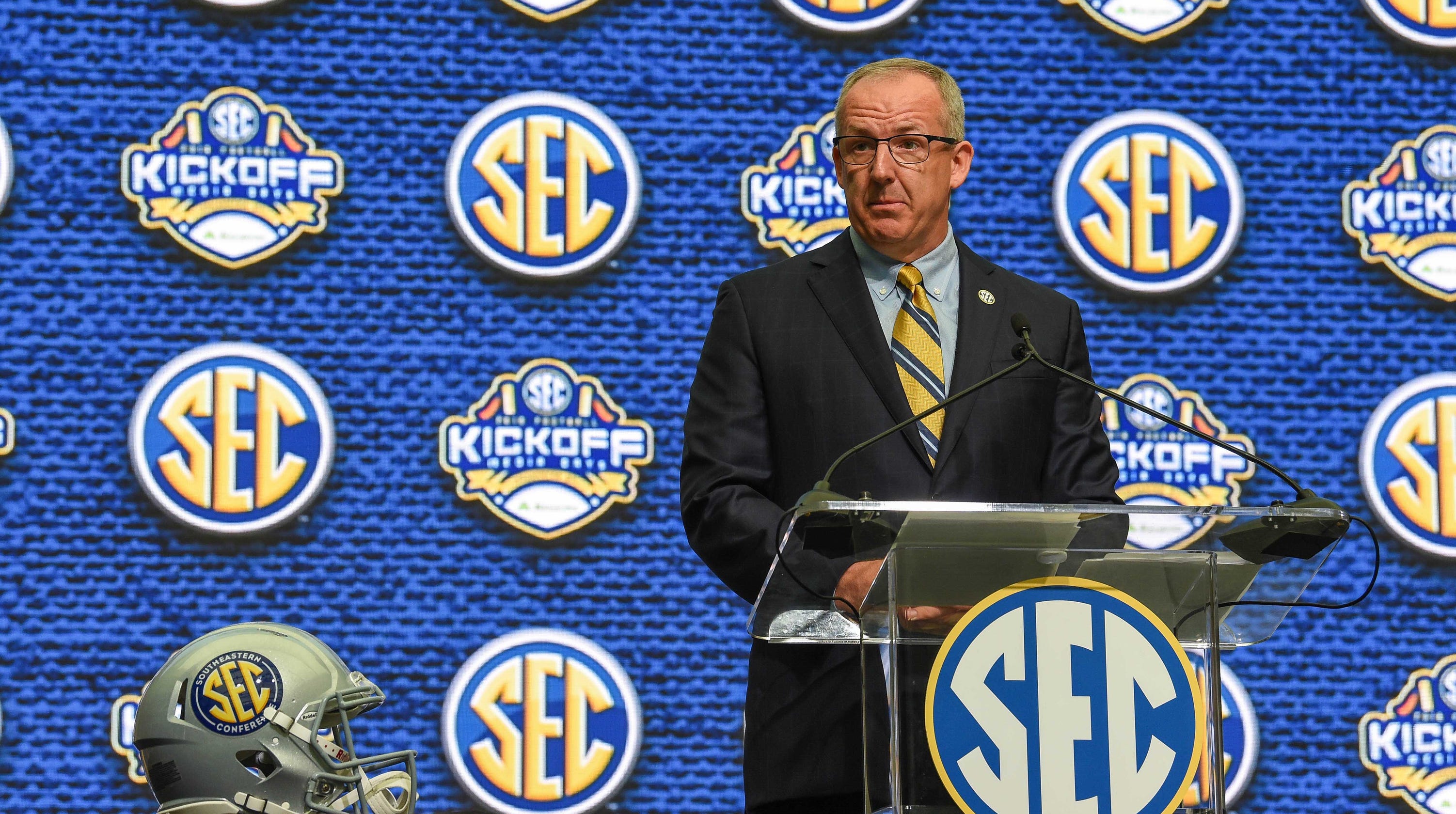 The SEC approved a number of transfer waivers Wednesday in a break from its usual protocol, the conference announced in a statement.

SEC Commissioner Greg Sankey announced that exceptions would be made to the long-standing SEC bylaw that requires intraconference transfers to sit out a year before gaining eligibility in light of the COVID-19 pandemic and eligibility relief provided by the NCAA. He also said the SEC will revisit its current stance “in the most timely manner possible.”

“It must be stated unequivocally that these approvals are solely a reflection of the unique circumstances present and should not be interpreted as endorsement of the rationale set forth by individuals seeking these waivers,” Sankey said in a statement. “These are unprecedented times in which decisions about eligibility and competitive opportunities demand consideration of the current challenges facing our student-athletes and schools as a result of COVID-19.

“In a non-COVID environment there may have been a different outcome for some of the waiver requests determined today.”

Ole Miss defensive back Otis Reese, who transferred from Georgia, was still waiting as of Wednesday night to receive an NCAA waiver to play this season for the Rebels. He falls under the SEC ruling, but requires an NCAA waiver.

Sankey indicated that SEC schools “have been clear in the past that they oppose immediate eligibility for intraconference waivers.” But the commissioner also said the conference will re-evaluate that rule given the number of requests this year and “a changing national landscape related to student-athlete transfer issues.”

“It is evident that the current transfer bylaw must undergo a thorough review by Conference membership in the most timely manner possible and prior to the 2021-22 academic year,” Sankey said.

I appreciate the @SEC and @NCAA along with @UKAthletics to be cleared for immediate eligibility this year.

SEC bylaw 14.5.5.1  states that intraconference transfers must spend two semesters at their new school before playing unless they are a graduate transfer, the SEC school they departed is serving a postseason ban or the transferring athlete receives a waiver from the SEC, if that athlete’s circumstances fall within a specific set of parameters.

The current rule was amended in 2018, when the SEC presidents and chancellors voted to create the aforementioned immediate eligibility exceptions.

Sankey said on Sept. 23 on the SEC teleconference that “rule changes are always available to our membership.”

“We are trying to get the rule changed,” Stoops said. “That’s above the head coaches’ decision. It doesn’t matter what we think. We need to talk to our presidents, and our presidents are voting on that. It’s my understanding that we’ll have a decision relatively quickly on that.”

Because of the NCAA’s ruling to not count the 2020 season against an athlete’s eligibility due to the pandemic, Tennessee coach Jeremy Pruitt stated multiple times he believes no athlete should be forced to sit out in 2020 because of pre-existing transfer rules.

The Clarion-Ledger’s Nick Suss and Louisville Courier-Journal’s Jon Hale contributed to this story.