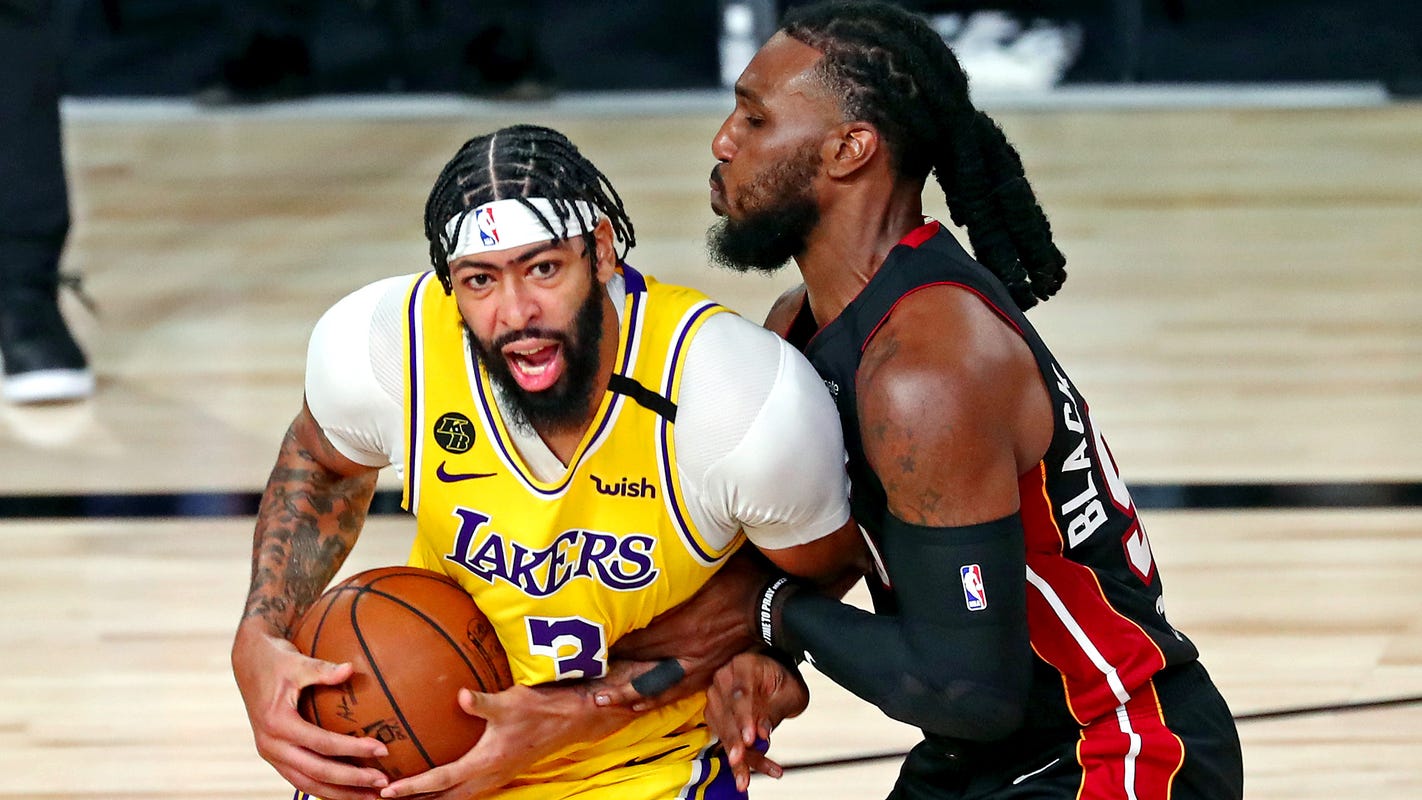 SportsPulse: LeBron James, Anthony Davis and the rest of the Lakers left Game 1 with a win and a boat load of confidence, while the Miami Heat left with injuries and the need for a new game plan. Mackenzie Salmon breaks it all down.

Based on his performance in Game 1 of between the Los Angeles Lakers and Miami Heat, one would think Davis is a Finals veteran.

The Lakers All-Star had 34 points, nine rebounds, five assists and three blocks in the Lakers’ 116-98 victory.

“First time I’m experiencing this,” Davis said. “Obviously want to come out and play well, and you want to come out and win. I’ve always put pressure on myself. I had the same thing Game 1 of the Western Conference finals, as well. When the ball gets tipped up, all that goes away and it’s just basketball, but everything leading up to it, you’re very excited.

“Your adrenaline is going early because you’re so excited just to be here and get ready to go out there and play. It went away early but it was a great experience for me, great Game 1.”

The beat-up Heat had no answers for Davis who was 7-for-10 at the rim, 2-for-4 on 3-pointers and 10-for-10 from the foul line. Davis was too strong to defend in the post and too agile for a big man to guard on the perimeter.

“He’s just a great player, you know what I mean,” Lakers coach Frank Vogel said. “The moment doesn’t change things for him. His approach is the same. He’s focused, locked in, can really hurt you in a variety of ways offensively. Leads the charge for us to play effort offense, running the floor, crashing the boards, rolling hard, attacking it in the post. His ability to shoot the ball from the perimeter, the way that’s grown throughout our season has been invaluable to us.”

During a 55-25 Lakers run that spanned the first and second quarters, Davis scored 13 points and had four rebounds, three assists and two blocks.

His 34 points is the third most by a Laker (tied with Elgin Baylor) in a Finals debut behind Shaquille O’Neal and George Mikan.

“They have done so much for the game, Hall of Famers,” Davis said, “and for me to come out and perform that way and be mentioned with those guys, especially just as a Laker, with the biggest franchise in basketball, guys that you watch film on but you idolize, and to be in that category, is definitely a huge honor for me.”

HEAT: Hit with multiple injuries to starters in loss to Lakers

SILVER: Vaccine is not a prerequisite to start next season with fans

LeBron James wasn’t surprised. He has watched this since training camp a year ago.

He has thrived in the bubble.

“I love playing basketball in general, no matter where it is,” Davis said. “Some guys like the bubble just because you don’t have that, like I said, you don’t have that pressure from the opposing fans, or even at home. You don’t have that pressure from the fans that will boo you if you’re not playing well, and especially if you’re on the road, it could get to you. You have a little bit more ease here in the bubble not having to worry about any of that. But for me, I just go out there and play basketball. I don’t really care where it is.”