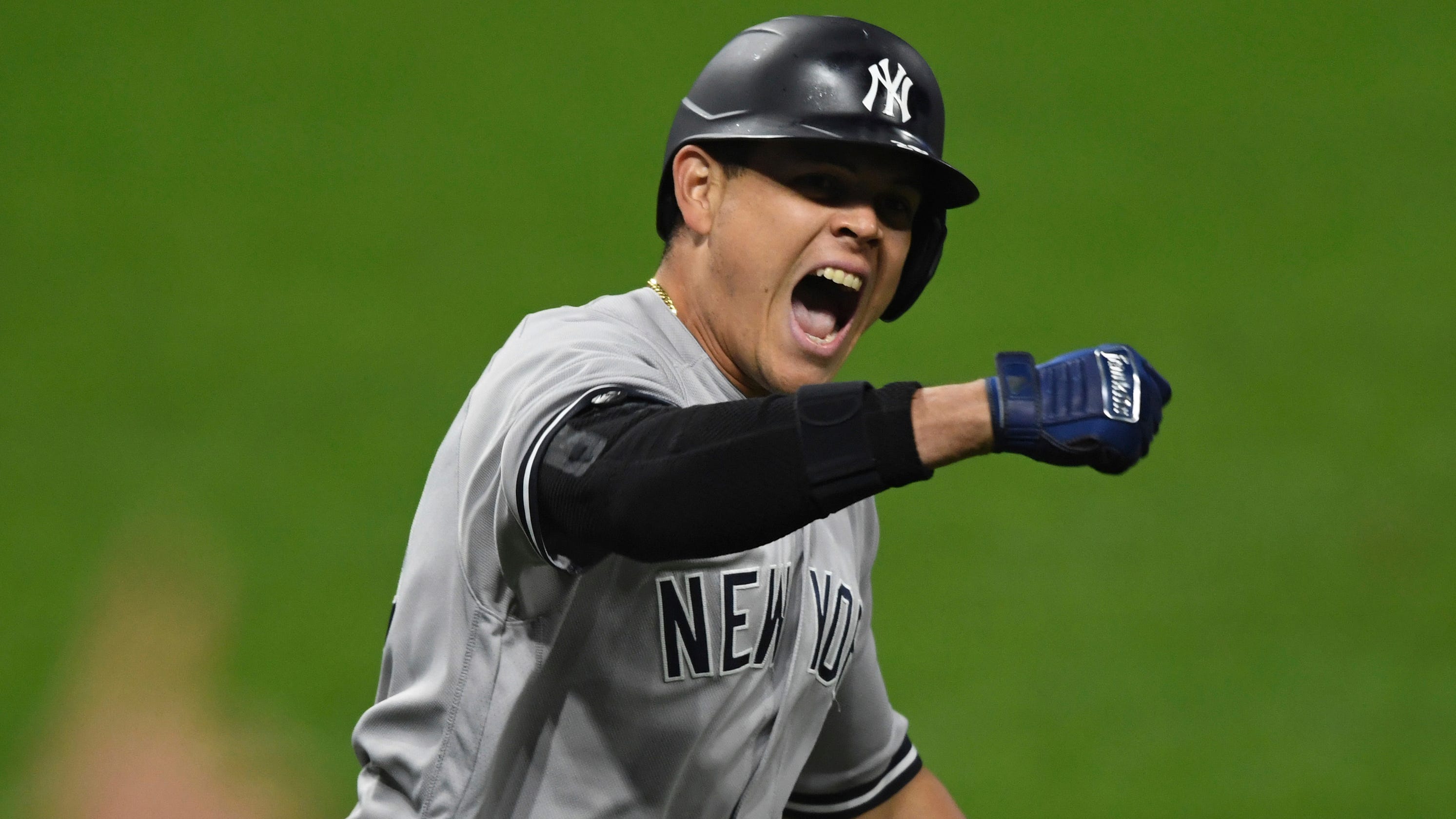 CLEVELAND — Each time the Yankees saw a path to San Diego and advancement into the next round of playoffs, the Cleveland Indians answered back Wednesday night.

But the Yankees kept charging.

Down by a run in the ninth, Gary Sanchez’s game-tying sacrifice fly and DJ LeMahieu’s go-ahead RBI single pushed the Yankees to a 10-9 victory, clinching the best-of-three series.

In a wild Game 2 that had nearly everything but a swarm of Lake Erie midges, the Yankees advanced to play their heated 2020 rivals, the Tampa Bay Rays in a best-of-five AL Division Series that begins Monday.

To earn their two-game sweep, the Yankees got to Indians’ closer Brad Hand, who was 16-for-16 in save chances this season.

Giancarlo Stanton’s leadoff walk and singles by Gio Urshela and Gleyber Torres (infield hit) set things up in the ninth.

Aroldis Chapman closed it out, with the tying run at first, at 1:14 a.m.

After Jose Ramirez’s game-tying, two-run double off Chad Green in the fifth, Gary Sanchez’s two-run homer put the Yanks ahead in the sixth.

The Yankees’ trusted bullpen formula had to be triggered early, with Zack Britton used to induce a huge inning-ending double play on Francisco Lindor in the sixth.

But the Indians tied it against Jonathan Loaisiga in the seventh, showing how little trust the Yankees have in Adam Ottavino these days.

And those were Loaisiga’s inherited runners aboard in the eighth, when Cesar Hernandez’s soft RBI single off Aroldis Chapman put Cleveland ahead 9-8.

One defensive moment aided the Yankees’ cause, as Urshela made a magical play at third base, sprawling to his left and throwing from a seated position to start an inning-ending double play against Carlos Santana.