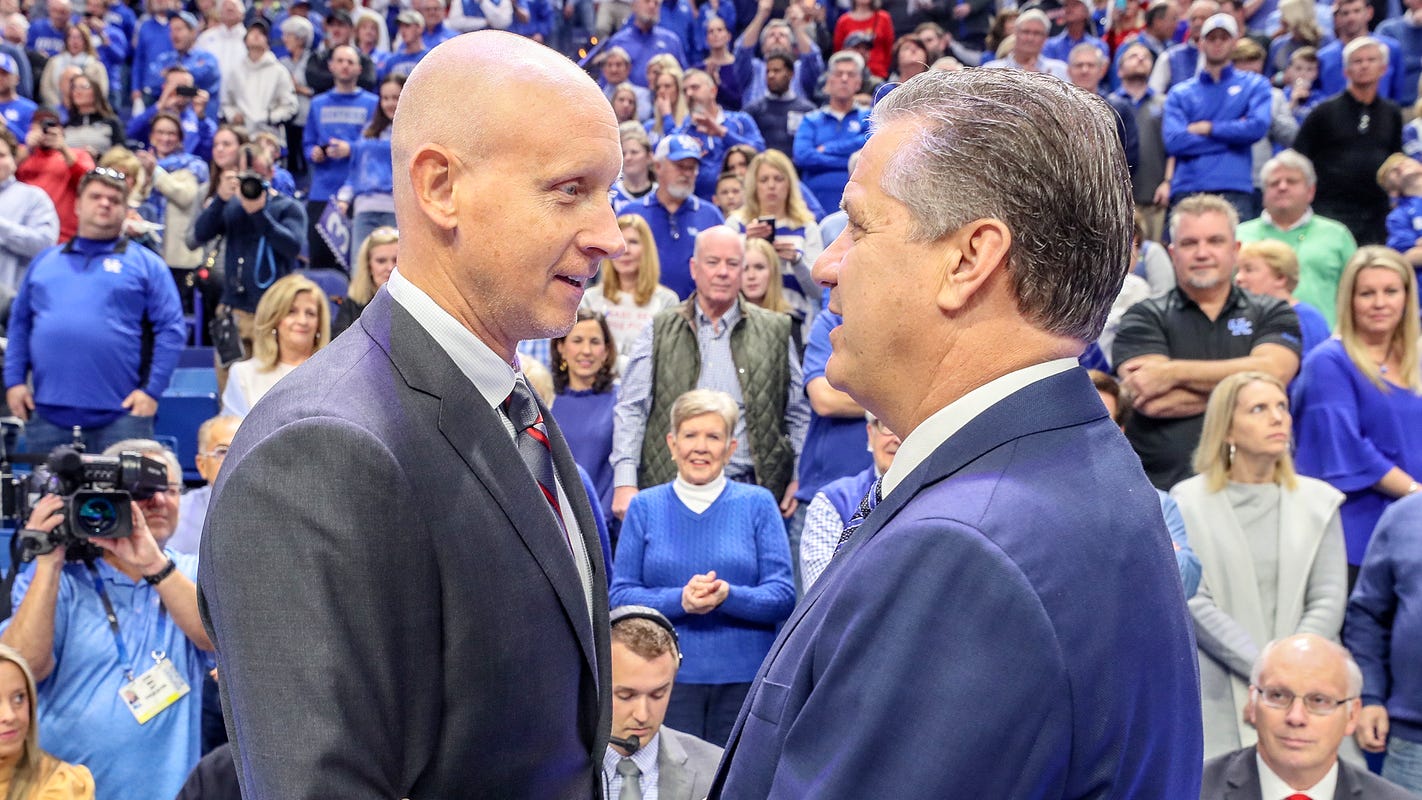 Kentucky basketball coach John Calipari shared his thoughts on whether the UK-Louisville rivalry game will be played in 2020.

The war of the words between coaches Chris Mack and John Calipari about this year’s Louisville-Kentucky basketball game escalated Tuesday evening when Mack addressed Cardinals fans on Twitter.

Hours after Calipari said the Wildcats had a date and time for the Louisville game and a back-up team ready “if they choose not to play,” Mack made a 2-minute, 9-second rebuttal that garnered 2,100 likes within 30 minutes. He indicated at the end of the tweet that the Cardinals were willing to host Kentucky.

The latest installation of this saga stems from college basketball’s shortened season and the ability to agree on the rivalry game. Mack expressed reservations about the equity of fans in the stands in this year’s game at the Yum Center amid the pandemic versus next year’s return trip to Kentucky before a potentially full house at Rupp Arena.

Calipari said Tuesday that the virus could affect next year’s game, too.

Mack responded hours later with a video tweet in which he facetiously said he wanted to do whatever is most convenient for Calipari and laid out reasons why this year’s date became scrambled.

“Cards fans, your fearless leader, Coach Mack. I keep getting asked, ‘Coach, are we playing the game? Are you scared? Are you a chicken? You won’t play Kentucky?’ ” Mack said in the video.

“Never mind the fact that that Dec. 6 game got canceled. No trip to London. Can we play that game on the 12th?

“Never mind the fact that they scheduled Notre Dame in lieu of playing us on the mutually agreed upon date of Dec. 12.

“Never mind the fact that they called ESPN and tried to change one of our ACC games without our knowledge or permission.

“Never mind the fact that Coach (Mark) Stoops and his football program at the University of Kentucky honored that request in football to move Louisville’s home game from 2020 to 2021. If you can do it in football, seems like you could do it in basketball.

“Never mind the fact that the University of Cincinnati asked us to do the exact same thing that we’re asking Kentucky to do and we honored that request.

“Listen, I don’t want to stand in the way of college basketball’s best rivalry. Whatever is most convenient for Coach Cal, we’ll do it. See you in the Yum Center! Go Cards.”

While it appears that the game will be played at the Yum Center this year, the date has not been confirmed. The Cardinals plan to host multiple teams in a non-conference bubble Nov. 25 through Dec. 5, face a Big Ten team in the ACC/Big Ten Challenge Dec. 8 or 9 and start ACC play Dec. 15 or 16.